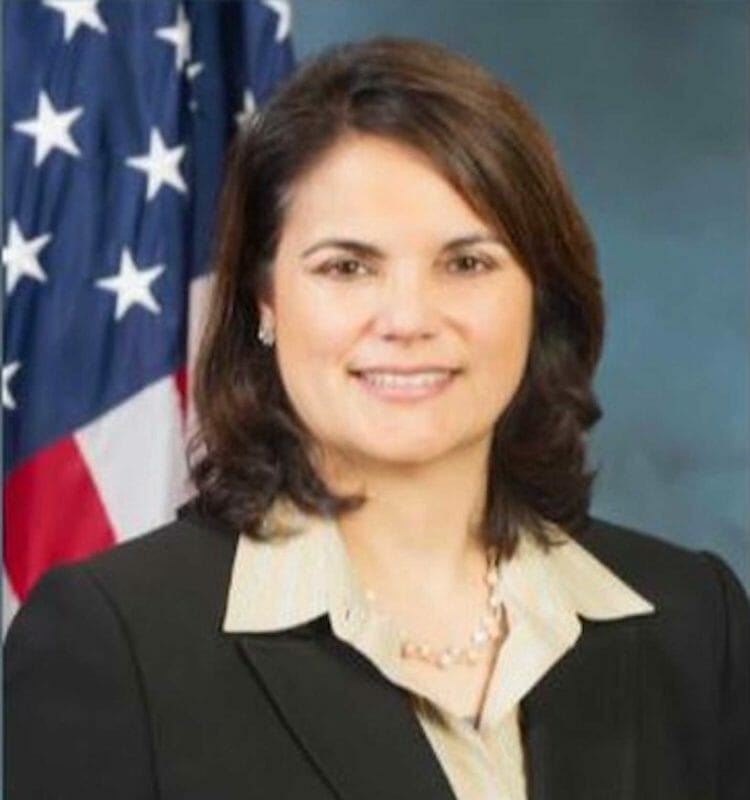 Nani Coloretti, Pres. Biden’s nominee for deputy director of the Office of Management and Budget. HUD

President Biden has nominated Filipina American Nani Coloretti to be the deputy director at the Office of Management and Budget, potentially making her the highest ranking Asian and Pacific Islander American in his administration.

“The office of management and budget has been called the nerve center of our government. This is an agency that not only helps me create the budget, but also makes sure that your tax dollars are spent efficiently and effectively and exactly as the law requires,” Biden said.

Along with Coloretti, Biden nominated Shalanda Young to be director of the Office of Management and Budget, picking two women of color to head the budget office.

Biden described Young and Coloretti as “two of the most experienced, qualified people to lead OMB.”

Young is currently the OMB deputy director. She has been serving as the acting director for the past eight months after Biden’s first pick for that job, Neera Tanden, withdrew because several senators said they wouldn’t support her nomination.

“A proud Filipina American, Nani will be one of the most senior Asian American leaders in government,” Biden said during his announcement of her nomination.

Coloretti, who is from Hawaii, is currently the senior vice president at the Urban Institute. She was previously the Obama administration’s Deputy Secretary for the Department of Housing and Urban Development. She has had more than 25 years in public service.

U.S. Sen. Brian Schatz celebrated her nomination, saying in part, “The Office of Management and Budget will gain an outstanding, well-qualified Deputy Director in Nani Coloretti. This is a proud moment for Hawai’i and the Filipino American community.”