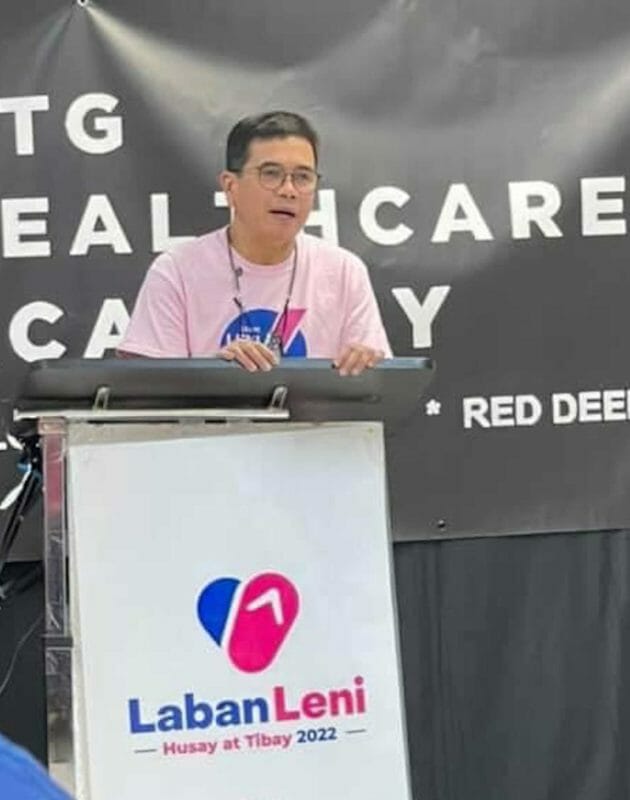 RED DEER, Alberta –Vice President Leni Robredo’s youngest sibling, Antonio Gerona, boosted her campaign here in the Calgary area where he resides, as her supporters mobilized in North America and various parts of the Filipino diaspora.

A November 14 rally held at the city’s Bowness Park saw some 200 supporters show up, although the number could be up to 500, according to Gerona in interview with INQUIRER.net.

Last Sunday’s event was an opening salvo in a series of global mobilizations to support his sister’s presidential bid. However, Gerona was quick to note that he did not plan the Canada activities single-handedly but it was, in fact, led by supporters who call themselves Global Filipinos for Leni.

The group, which was formed in November, led a synchronized caravan in the U.S and Canada, including Vancouver, Toronto and Winnipeg. A local group of supporters calling themselves “Calgary for Leni” is part of a Canada-wide formation.

When VP Leni announced her candidacy in early October, Gerona’s friends in Rome, Hong Kong, Macau, Kuwait and in Canada called, volunteering to support her campaign from abroad. A page entitled “Canada for Leni” has been created by Gerona. 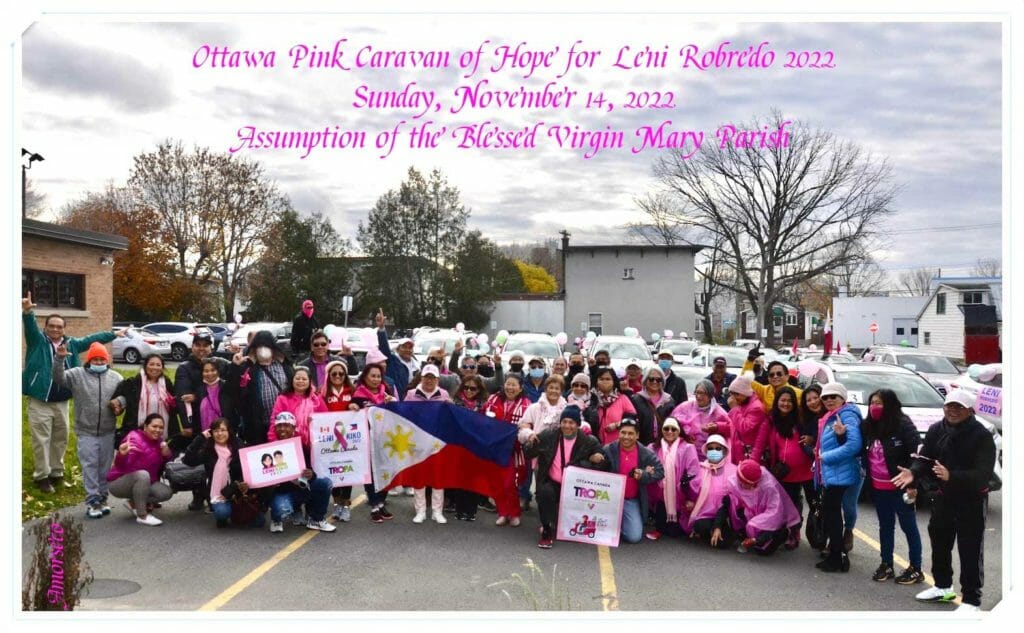 “The good thing about this movement is that they are purely volunteers, I did not force them to join or [offer] any incentives to them just to join us but rather they [have] volunteered themselves using their own resources and funding,” he said.

Gerona has been a Calgarian for eight years, immigrating in 2013 with his wife and daughter. A legal practitioner in Calgary, Gerona took a legal assistant course and became a commissioner of oaths. 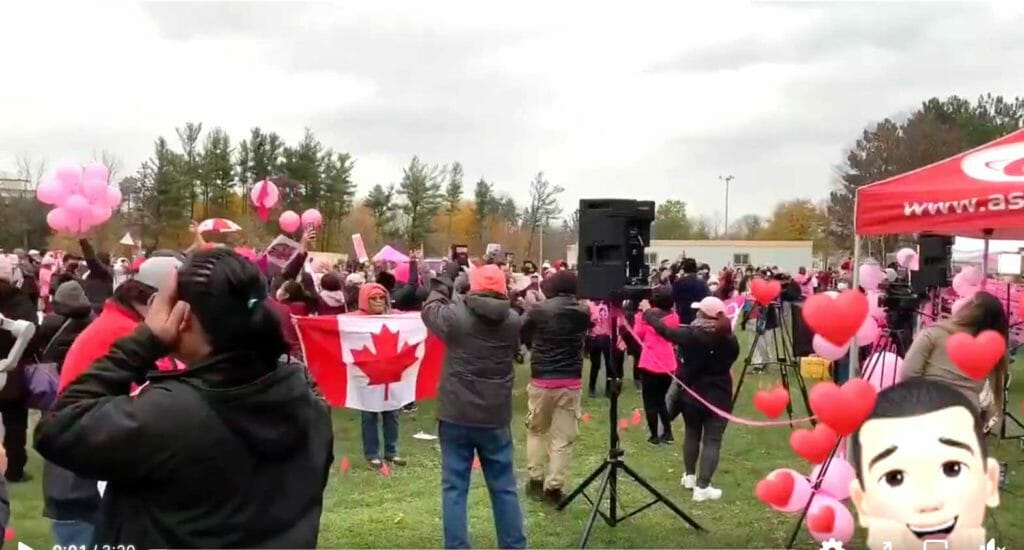 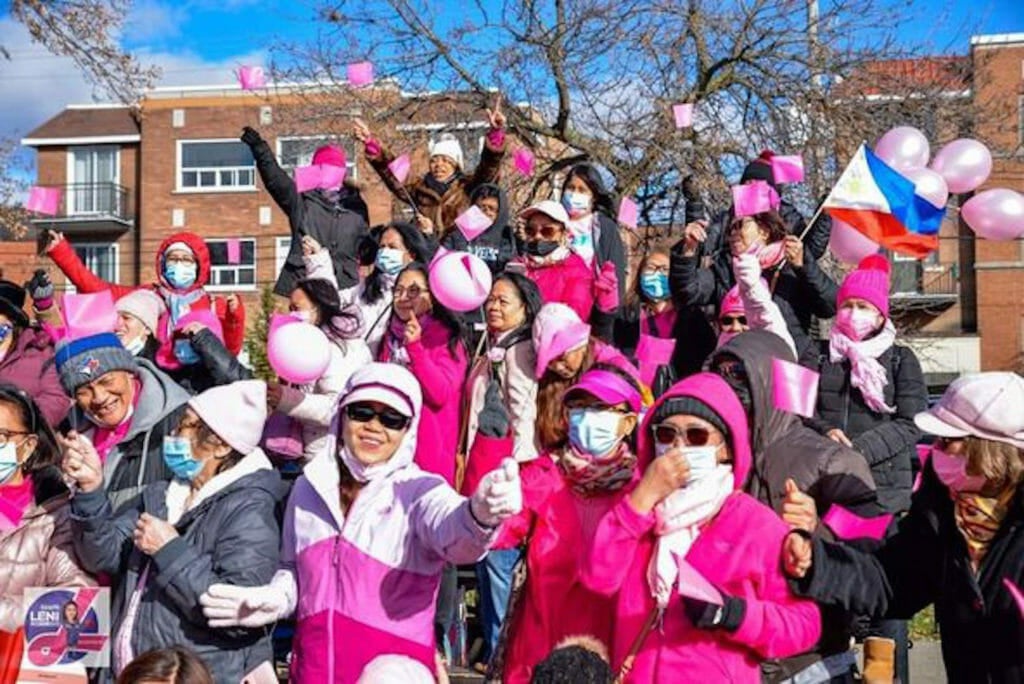 “Filipinos are aware of the many human rights abuses committed under the Duterte regime and fear that history is repeating itself. It was only a few decades ago that the Philippines was under martial law; in fact, many Filipinos in Canada had to flee the country because they were targeted by the Marcos dictatorship,” she said.

Tungohan, an associate professor of politics and social science at York University in Toronto, is the Canada Research Chair in Canadian Migration Policy, Impacts and Activism. 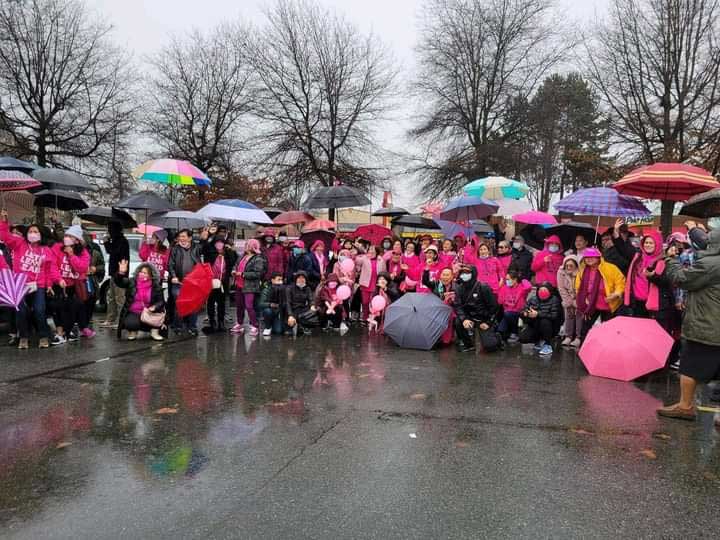 Rights advocates in the Philippines places the death toll at over 30,000 for victims of extra-judicial killings from the war on drugs and human rights violations against activists, journalists and critics of the government, “exceeding those committed under the Marcos regime.”

On September 15, the International Criminal Court has opened a formal investigation on alleged crimes against humanity committed by the Duterte regime under the guise of eliminating the drug problem in the Philippines.

Gerona only had “pity for Filipinos” as President Duterte’s performance was “disappointing” in the past five years.

“With regards to corruption, he said he hates them and he will eliminate them, but why did he embrace them? He is now teamed up with the two political families who were engaged in corruptions,” he said.

In addressing the pandemic, he said the government not only failed but its pandemic response was also muddled with corruption.

Despite the clamor for change in the Philippines, VP Robredo’s plan to run for president still came as a surprise, said Gerona.

“We were all surprised because from the start she didn’t really want to run for president, until a few days before she announced her candidacy. Because when we asked about it, she said she and the kids would prefer her not to run,” he added.

Gerona encouraged Filipinos abroad to support his sister’s “unconventional way” of politics, deepen their connections with one another and further engage in their communities.