The U.S. House of Representatives censured one of its members for the first time in over a decade on Wednesday, rebuking a Republican over an anime video that depicted him killing progressive Democrat Alexandra Ocasio-Cortez and swinging two swords at President Joe Biden.

After the 223-207 largely party-line vote in the Democratic-controlled House, Representative Paul Gosar was called to the stand in the well of the chamber to hear his censure and to be stripped of two committee assignments. The move drew just two votes of support from Republicans, who largely portrayed the Democrats’ action as partisan politics.

Gosar posted an anime video this month that showed him killing Ocasio-Cortez. He rejects accusations it was threatening and after initially deleting the video from his Twitter account, Gosar retweeted it on Wednesday evening following the censure.

It was the latest instance of escalating violent rhetoric in Congress, 10 months after thousands of supporters of then-President Donald Trump stormed the U.S. Capitol as lawmakers prepared to certify his election defeat. 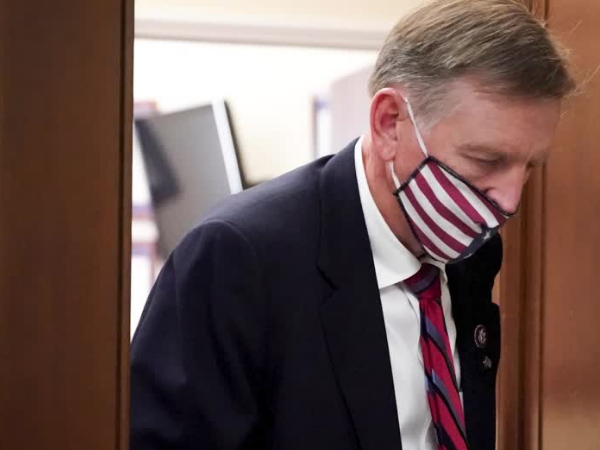 The U.S. House of Representatives censured one of its members for the first time in over a decade on Wednesday, rebuking a Republican over an anime video that depicted him killing progressive Democrat Alexandria Ocasio-Cortez and swinging two swords at President Joe Biden. This report produced by Jonah Green.

“What is so hard about saying this is wrong?” Ocasio-Cortez asked in debate before the vote. “Will we live up to the promises that we make our children, that this is a place where we will defend one another regardless of belief, that our core human dignity matters?”

“There is no threat in the cartoon other than the threat that immigration poses to our country,” he said, adding he did not advocate violence toward anyone.

The 62-year-old Arizona Republican has described the Trump followers who assaulted the Capitol as “peaceful patriots,” voted against certifying Biden’s 2020 election victory in January and backed Trump’s false claims of a stolen election.

Democrats said the censure was necessary because House Republican leader Kevin McCarthy has refused to discipline Gosar. A censure is a symbolic reprimand that carries no fines or other penalties.

House Republican leaders recommended but did not require their members vote no on the motion.

The resolution drew support from two Republicans who oppose Trump: Representatives Liz Cheney and Adam Kinzinger, who both sit on a House panel investigating the Jan. 6 Capitol riot.

“It’s really important for us to be very clear that violence has no place in our political discourse,” Cheney told reporters after the vote. “I don’t think this should be an issue about party, about partisan politics.” 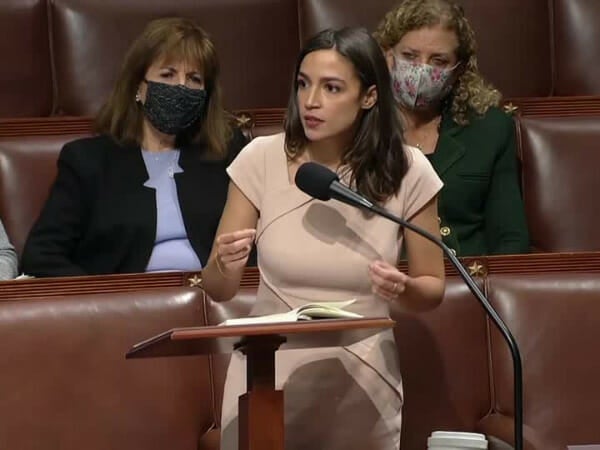 Democratic Representative Alexandria Ocasio-Cortez blasted Republican House Minority Leader Kevin McCarthy for failing to condemn the violent tweet of a Republican lawmaker ahead of a censure vote against him.

During debate, Democrats said no other workplace in the United States would permit one employee to post threatening videos of another.

McCarthy repeatedly described Democrats’ actions as “rules for thee but not for me” in arguing against the motion on the House floor.

“The speaker is burning down the House on her way out the door,” he said of Democrat Nancy Pelosi.

Threats of violence are becoming more frequent in the U.S. political arena.

Some of the 13 House Republicans who voted to pass Biden’s $1 trillion infrastructure bill have reported receiving death threats over their votes, and dozens of state-level election workers have reported receiving threats from Trump supporters angered by his baseless allegations that his November 2020 defeat was the result of fraud.

The last time a U.S. House member was censured was 2010, when the action was taken against then-Democratic Representative Charles Rangel after he was found guilty of several ethics violations, including improper fundraising and inaccurate financial disclosure reports and federal tax returns.