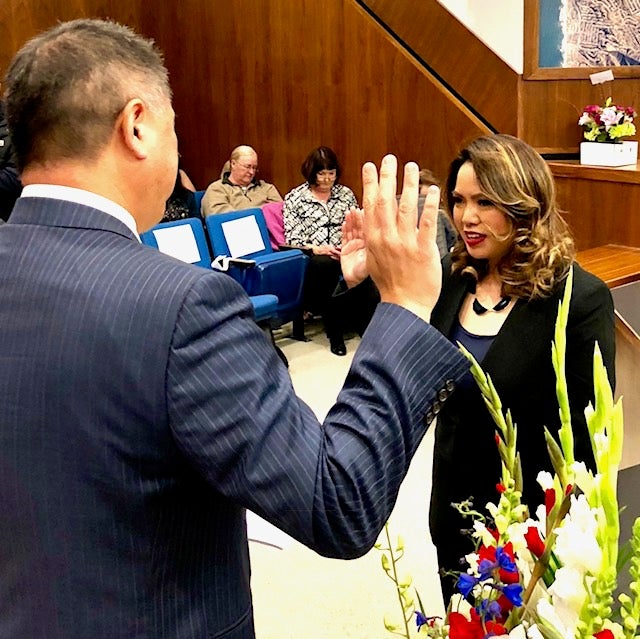 DALY CITY, California — A Filipino American woman city councilor made history Monday, December 11, when she was named by a three-member council board as the new mayor of this city, which has a huge Filipino population.

New mayor Juslyn Manalo was chosen unopposed and sworn in during a turnover ceremony at the city council’s chamber, replacing incumbent Mayor Glenn R. Sylvester, ending his one-year watch. She is the first Filipino American woman to be occupy the post.

Councilmember Raymond Buenaventura is the new the vice-mayor. Councilmembers Judith Christensen and Michael Guingona were absent during the nomination and turnover rites. 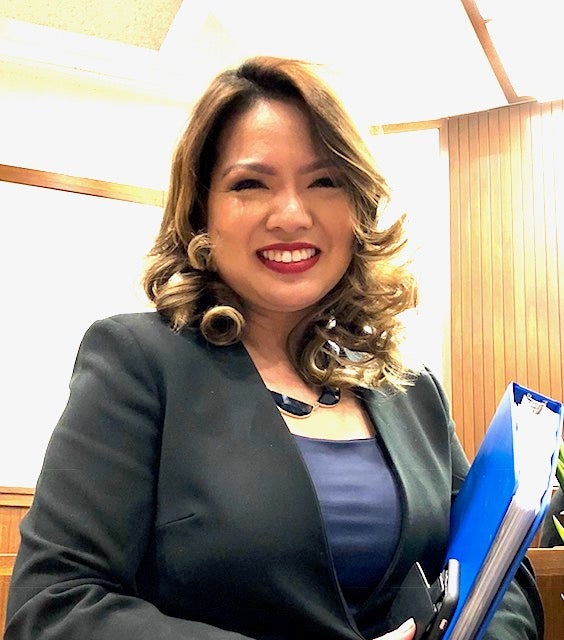 “This moment is surreal and something special to me,” Mayor Manalo said immediately after being sworn into office by State Assembly Member Phil Ting, (19th Assembly Dist.). “I thank the community and every single person here who put me (in the position).“

Manalo told INQUIRER.NET that her priority is to focus on the economic development of Daly City, “particularly, hotels, business offices, housing and human services.”

“I am so thankful for this opportunity; it brings forth new ideas to boost the city’s economy and housing development opportunities, “ Manalo said.

The mayor’s family attended the ceremony at City Hall — her mother, Josefina, and father, Carlito, were seated in front with the audience along with her sister, Carley Ann, and Manalo’s husband, El Palamo. 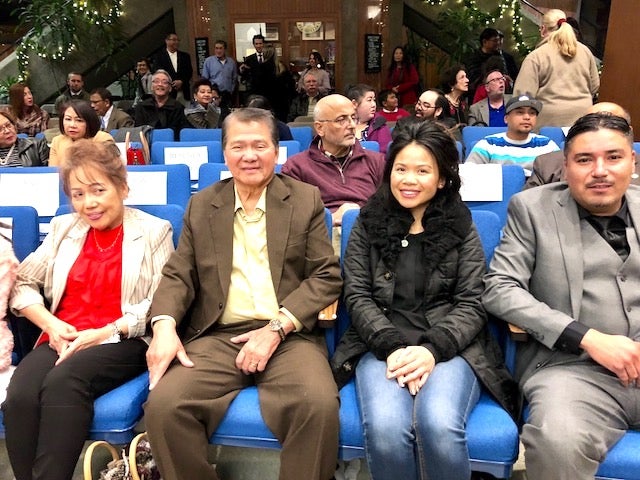 During an exclusive interview, Mommy Josie, as she is commonly called, recalled the mayor’s humble beginnings and community participation.

“My daughter was actively involved in community service during her school days, “according to ‘Mommy Josie’ Manalo. “She graduated with a degree in Asian American Studies and Public Administration from the San Francisco State University.

Born and schooled in San Francisco from pre-school to college, 37-year old Juslyn, is a real “ people-person” even when she was a small child, said her mom. “She would share her meal with her classmates and showed a deep understanding of poverty. 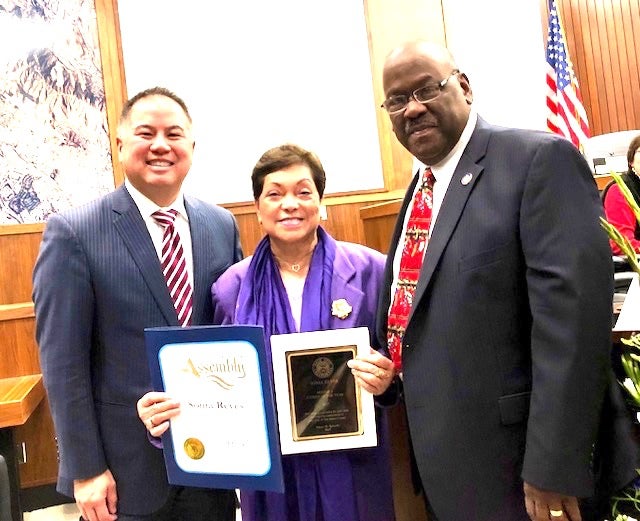 Mommy Josie added that Juslyn was a former cheerleader and currently,the chairwoman of SamTrans Bus.

San Mateo County Supervisor David J. Canepa told this INQUIRER.NET that “We are witnessing a reorganization where I see that she has more potential. “

Outgoing Mayor, Glenn Sylvester, meanwhile, said: “I have complete confidence in her; we have the same projects and ideas and I believe she will continue the plan toward more affordable housing, more retail (stores) to provide revenue and raise the city’s minimum wage to $12 an hour. “

Vice-mayor Buenventura, for his part, said that Manalo “is more than capable in doing this job. I am ready to support her.”

MOST READ
usa Moringa, the Tree of Life: Fully Explained
usa 10 Books to Help with Anxiety and Overthinking
usa Elon Musk proposes to buy Twitter again and end legal fight
usa Exhibit traces growth of Fil-Am community in San Diego County, California
usa Roth 401(k) vs. 401(k): What’s the Difference?
usa Bones found in Sierra Nevada foothills not of missing Alexis Gabe
usa Who will be the next James Bond? Producers weigh choices
DID YOU KNOW?
Best Earplugs for Sleeping
10 Best Gifts for Grandma
10 Books to Help with Anxiety and Overthinking
Best Food Scales 2022
10 Low Carb Noodles You Will Love
Everything You Need to Know About the Cloud Couch