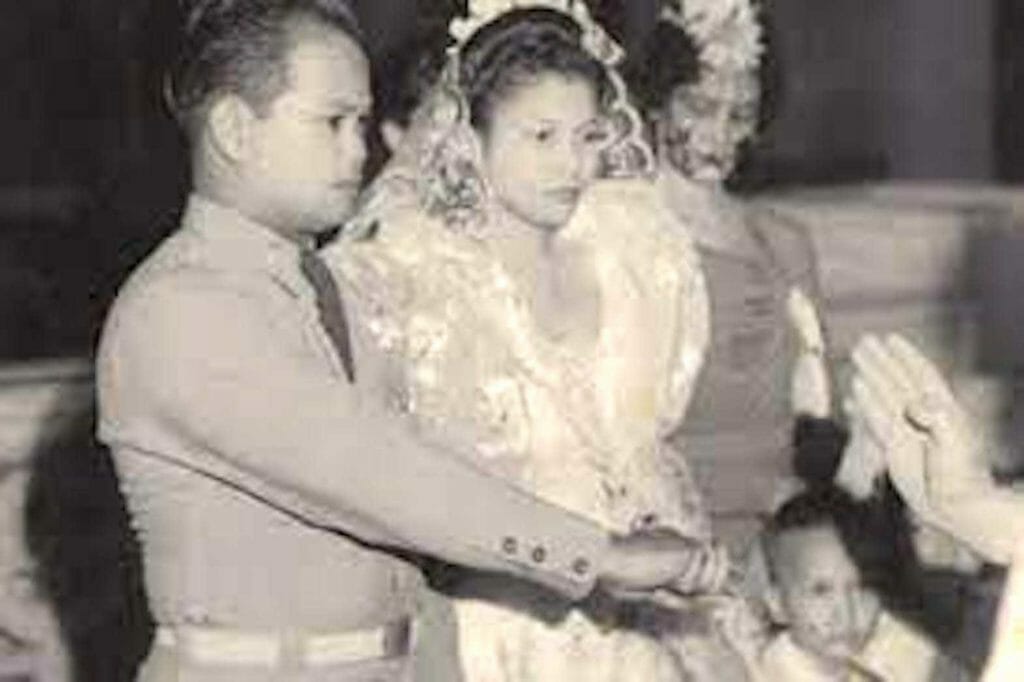 WW2 Filipino veterans from the U.S. married thousands of Filipinas and brought their “war brides” to America.

Veterans’ Day came and went with ever-receding fanfare, but the truth is, without our veterans there wouldn’t be a Filipino American community as we know it, especially when you think about the very first vets who were part of the  First and Second U.S. Army Regiment. Manned mostly by Filipino Americans from California, they were the historic Filipino regiments of WWII.

Too often that group gets conflated with the veterans in the Philippines who answered President Franklin Delano Roosevelt’s call to join the U.S. Armed Forces in the Far East (the USAFFE) with the promise of citizenship.

It was later in 1946 that the U.S. went back on its word and betrayed them in the Rescission Act. These are the men whom most people think of when they hear the term “Filipino Vets of WWII.”

We honor them, too, of course.

But I want to make sure we note the difference between the USAFFE in the Philippines, and the Filipinos on the mainland who were part of the regular U.S. Army.  They got their benefits. But they had a different historical subtext.

Most of the 1st and 2nd regiment members had come from the Philippines to the U.S. in the 1920s and 1930s as “colonized” American nationals. When they arrived, they experienced a discrimination so complete that by law, they couldn’t own land, vote, or marry.

And when they found work, they were accused of stealing jobs during the Depression.

The Filipino men mostly men formed a bachelor society, just like the Chinese who came before them. But the Filipinos were slightly different. They mixed. Especially with white women. That brought on the ire and jealousy of white men, which extended the existing  Anti-Asian hate toward the Chinese immigrants to Filipinos.

In the ‘20s and ‘30s, to be anti-Asian was to be anti-Filipino. Some were killed and even lynched.  It was so virulent that the laws were invoked to change Filipinos status from “nationals” to “foreign aliens.”  Filipinos  were asked to self-deport.

WWII was seen as an opportunity to show allegiance to America.  Many Filipino men felt that if they could prove their loyalty to America, the politics would change. So laws were passed to allow  foreign nationals from the Philippines to join the Army, and that was what made the First and Second Regiments different from the other ethnic regiments.

Prof. Dan Gonzales, one of the first academics to emerge from the San Francisco State strike in 1968 to form the College of Ethnic Studies and dedicated Asian American and Filipino American Studies classes, joined me in conversation about these issues on my Emil Guillermo YouTube channel, Shows 177 and 178.

Vets and their war brides

Gonzales said that while some Filipinos wanted to prove their value, others were also angered by the discrimination they experienced in the U.S.  For those men, the war provided a way to return to the Philippines with a real sense of service and honor.

Still, for the vast majority of the 1st and 2nd regiments, the military created the foundation of a real Filipino American community in the U.S.

Filipino American soldiers met Filipino women in Cebu, the Visayan region of the Philippines. It’s the reason there are so many mixed Filipino marriages among Visayans with the  mostly Ilocano Filipinos (who represented  the majority of Filipinos who came in the 1920s and 1930s).

And they took them back home to America.

The women came to be known as “War Brides,” which was both good and bad. Was it love at first sight? Or love at first soldier? For some it was a lasting union, but there was often a stigma attached to some women who were looking to escape the Philippines.

At the same time, there also was the undeniable presence of the “comfort women,” Filipino women sold into sexual slavery to serve the needs of the Japanese Army who occupied the Philippines.

And then there were the out-marriages of Filipino women who met African American and Latinx soldiers.

The breaking of norms for Filipina women meant there was plenty of stigma to go around that resulted in the kind of “shame” that makes people unwilling to talk or share their history publicly.

And yet, the positive outcome is that many of those marriages would last, as the Filipino women came to America with their veteran husbands to start real Filipino American families.

Prof. Gonzales’ mother and father are an example of such a union, as was his wife’s father and mother.

The “War Brides” provided the base of the WWII baby boom for Filipinos.

Add to that the GI Bill, and later laws that allowed for the Filipinos in the Army to gain citizenship, and you can see how the mere fact that one was a WWII vet made a big difference in Filipinos’ lives in America.

The racism of the 1920s and 1930s wasn’t exactly fully mitigated, but many Filipinos now had a chance to buy homes and get jobs in the domestic military or through military connections.

Filipinos were lucky. Recently, it came to light that many Blacks fighting in WWII did not have adequate access to the GI Bill because in places like the south local officials had control. And many of those in charge are alleged to have been discriminatory to Blacks.  Legislation was introduced to make sure the families of those who served are made whole.

That’s how important the GI Bill was toward gaining a sense of equity in America.

For Filipinos on the west coast, the military helped them establish a real foothold in society.

Of course, my father was 4F. Asthma kept him from joining the war. That fact alone was a significant  setback for my family.

Without the military, my family just didn’t get the boost needed to find economic stability in America.

That’s why most Filipinos can’t honor Veteran’s Day enough. The community was built on resolve of those Filipino American WWII vets.

President Biden and Congress  will try to do more for the American people this week. After the bi-partisan $1.2 trillion infrastructure package is signed on Monday, there should be money to fix bridges ($110 billion) and fix the electric grid ($73 billion), and the like. But all told, the package (which includes public transit, the environment and broadband) is so trimmed down it essentially just helps the U.S. keep up with the times.

Consider that per annual spending, the U.S. military budget spends a lot more to destroy infrastructure through war, than this bill maintains and grows America. Upshot: We’re not spending enough on the hard stuff as we need to keep up with the modern world. America doesn’t look like Shanghai.

The bigger battle is later in the week when the “Build Back Better” plans social spending comes into play. Will the votes be there to provide childcare, family leave, safety net spending?  Or will there be cries of “socialism” as right-wing politicians balk and continue to delay passage?

Whenever politics gets to bland in America, there’s nothing like a shot of Mang Duterte to rev up the senses. And guess who’s flinging around Red Mud around RP presidential circles? No less than the man who has cozied up to the soon to be eternal leader of China, Rodrigo Duterte himself.

Given Mang Duterte’s closeness to China  during his tenure it seems a little ridiculous that now he should be red-baiting Bongbong Marcos and VP Leni Robredo as pro-communist. Throughout his presidency, Duterte’s relationship with the Communists could be called red-bedding.

The mud was slung on a pro-Duterte vlog site over the weekend. Maybe Duterte is just practicing his campaign technique.

It’s not much different in America when people decry Obamacare as Socialism. It works for a while, but people see through the red fog. Eventually.

Emil Guillermo is a journalist and commentator. Check out his conversation with Prof. Gonzales on Show 177 (11/10/21) on Facebook and Part 2 on Show 178. Or watch on my YouTube channel. Or at www.amok.com