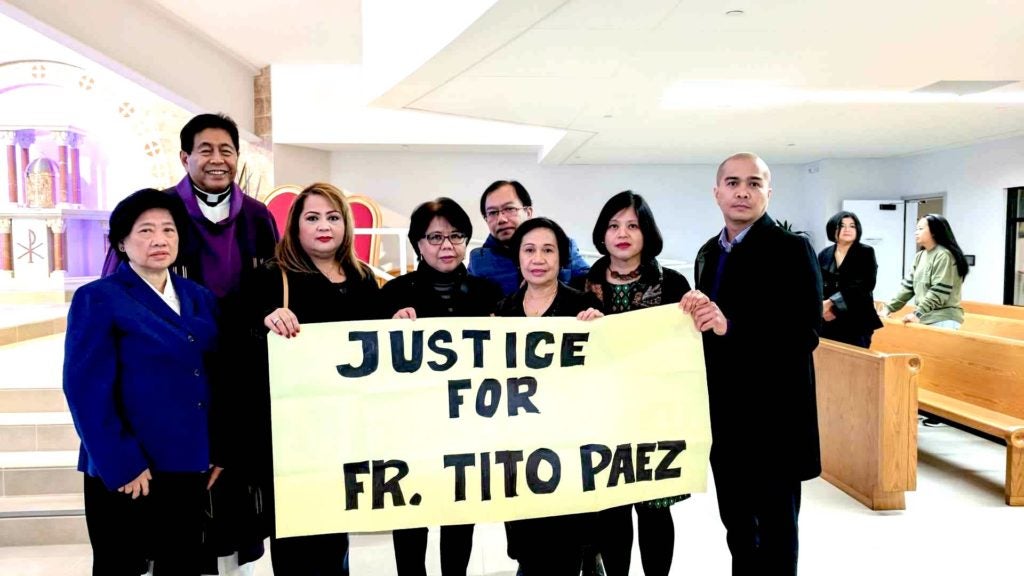 In Chicago, despite the bad weather an “intergenerational group” of community members turned out for a review and discussion of the Universal Declaration of Human Rights (UDHR). Each participant was asked to interpret an article of the declaration, reported event organizer Jerry Clarito.

“We had a good number of participants from the Alliance of Filipinos for Immigrant Rights & Empowerment, Filipino American Grand Parents Association of Chicago, Order of Knights of Rizal, Circa Pintig Community Theater, Pilipino American Unity for Progress, and Filipino American Human Rights Alliance,” Clarito added.

The assembly agreed that HRs are ideals and conditions to aspire for and they are compelling reasons to organize the people especially if the rights are violated and not enforced just like in the Philippines.

To start, it decided to campaign for the passage of US Senate Bill 1055, which would stop the sale of arms to the Philippine National Police and provide aid for alternative drug prevention an rehabilitation methods.

In Toronto, two dozen people gathered in front of Old City Hall to mark International Human Rights Day and bring attention to the expanding scope of extrajudicial killings being carried out in the Philippines by the Duterte administration. Protesters carried pictures of victims of alleged extrajudicial killings. Protesters in front of Old City Hall in Toronto decry extrajudicial killings in the Philippines, on Human Rights Day. FACEBOOK

The first film was “Grandpa Sam” by Fe Koons, which poignantly shows the plight of Filipino World War II Veterans in the twilight of their years yet still fighting for justice and equity denied them for 72 years.

A discussion about the veterans’ struggle was facilitated by Emily Chan of Kabataang Maka-Bayan and Arturo P. Garcia, Justice for Filipino American Veterans (JFAV) national coordinator. Chan gave an update on the JFAV lobbying efforts at the US Congress for HR 3865 which has 33 sponsors up to this date.

The second film was the mind boggling “Tigbao” about the killing fields in Zamboanga peninsula in Mindanao. Mike Bonifacio, the director answered the questions about the film. It mirrors the reality today under the Duterte government.

One minute of silence was offered in memory of Fr. Tito Paez, who was recently killed by a death squad

Meanwhile, at St. Augustine Church in South San Francisco, some 500 parishioners attended a mass officiated by Fr. Eduardo Dura. The mass incorporated human rights in the prayer of the faithful and the homily.

Relatives of slain priest Fr. Tito Paez came from Sacramento and San Jose. The assassinated priest’s nieces remembered him as a loving uncle who told them to “work for the poor and oppressed.” One of them remembered Fr. Paez saying, “Jesus Christ was scared as well, but he did what he had to do.”