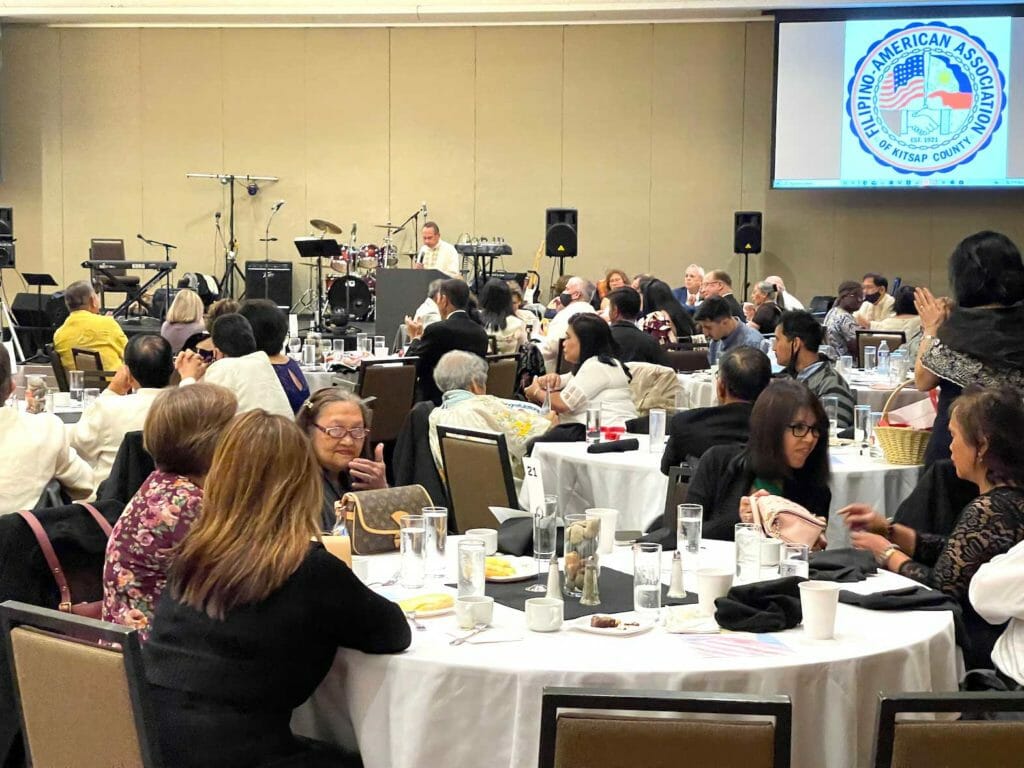 The Filipino American Association of Kitsap County, Washington celebrated its 100th anniversary on Nov. 6 with a sold-out bash at Suquamish Clearwater Casino Resort.

President Raul Bacas and senior board members Virgil Valdez and Elmer Alba were elated by the large attendance.

In 2015, the organization bought a community center at 1240 Sheridan Road, turning a former VFW hall into a gathering place.

“This will entice them to join again,” said Alba told the Kitsap Sun.

The organization serves 14,000 Filipino Americans in the greater Kitsap area, having grown considerably from its founding as a 40-person club in 1921.

In addition to the Fil-Am Association, clubs such as the Filipino Women’s Club, the Pacific Northwest Ilocandia Association, a Visayan organization, and the Bainbridge Indipinos have been part of Kitsap’s cultural scene, according to the Kitsap Sun report.

Many Filipinos originally came to Bainbridge as strawberry farmers, according to Leslie Daugs, a Filipino American and current Bremerton City Council vice president. More came due to connections with the military or Naval shipyard in subsequent years to make the Northwest their home.