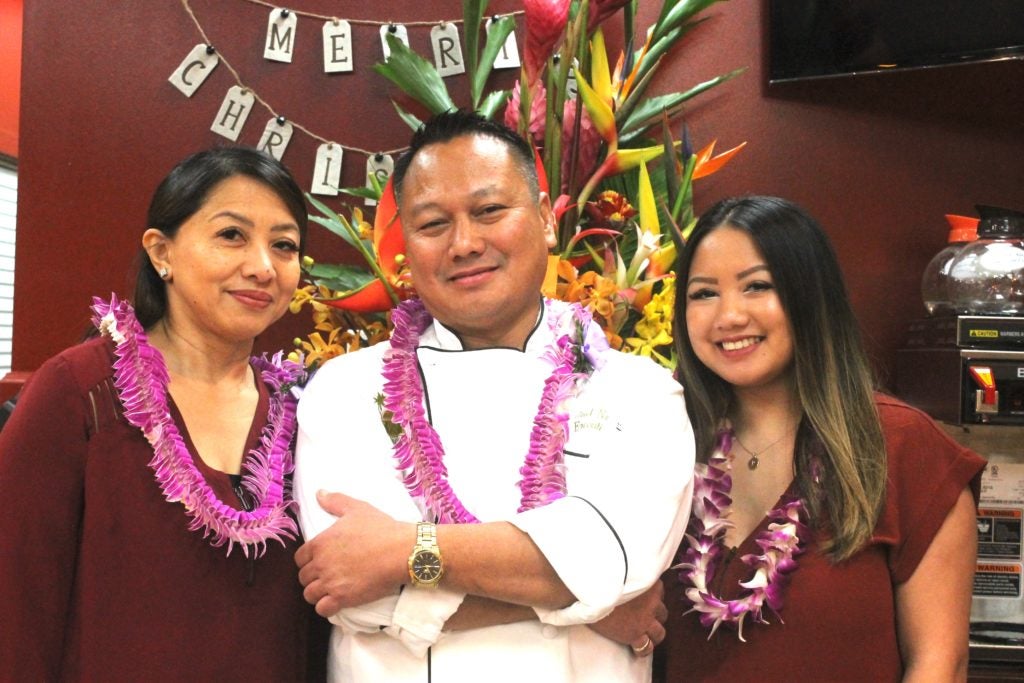 Chef Joel Navasca with his wife and daughter. INQUIRER/Lalaine Ignao

HONOLULU – It’s no secret that many of the immigrants who came to America for a better life and struggled for years to achieve that dream are still struggling today. Joel Navasca did have a rocky start in America, but he’s doing fine today.

Navasca came to Hawaii in 1986 after the People Power revolution to search for his own American Dream. He received the opportunity to go to school. Unfortunately, after a year, he dropped out and took a part-time job as a dishwasher to help his single parent mother with finances.

Navasca found his passion in the restaurant business and worked his way up into becoming a chef. “When you’re up and coming, just like anything else you always try to achieve the highest position available in the department,” the chef shared. Today, he owns Tiano’s Restaurant, along with two other businesses. 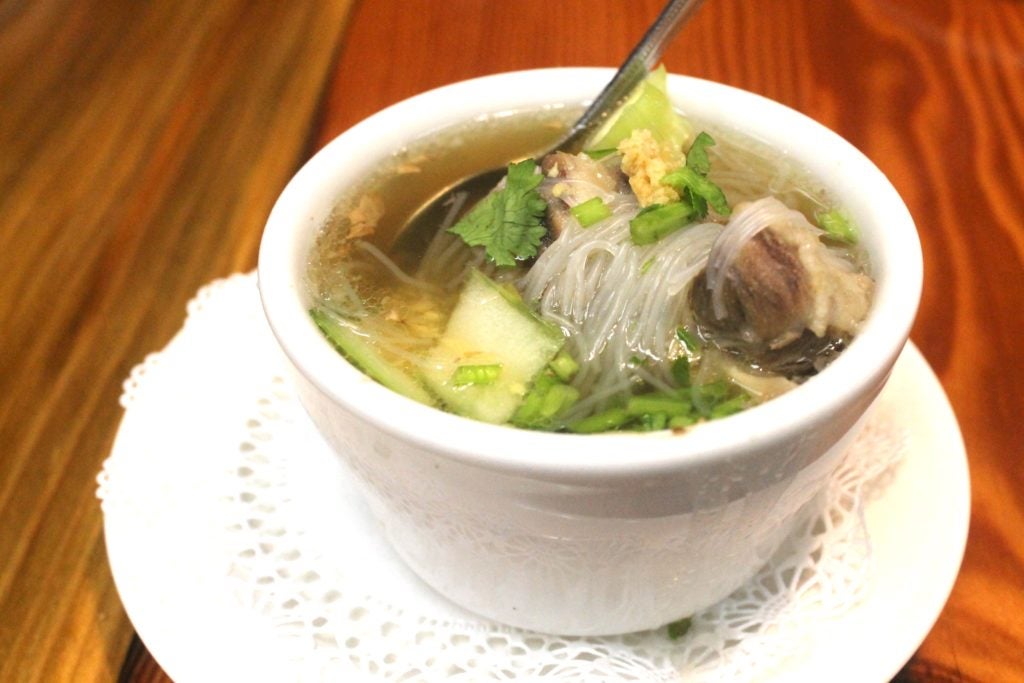 “Hard work was not a problem and I came from in the Philippines where we learn how to earn our money so that’s not a problem,” Navasca stated when reflecting back to the beginning of his career.

The challenge back then for Filipinos in Hawaii was overcoming the stereotype as “workers” instead of “managers” and people who handled operations.

“It was a generation where we had to really prove ourselves,” he added. To  get where he stands now, Navasca, like many Filipinos, really needed to work hard to prove he could truly excel in whatever he did. Navasca received guidance from multiple mentors within the restaurant industry. This became his version of schooling as he slowly worked his way up to becoming a restaurant supervisor and eventually a chef. 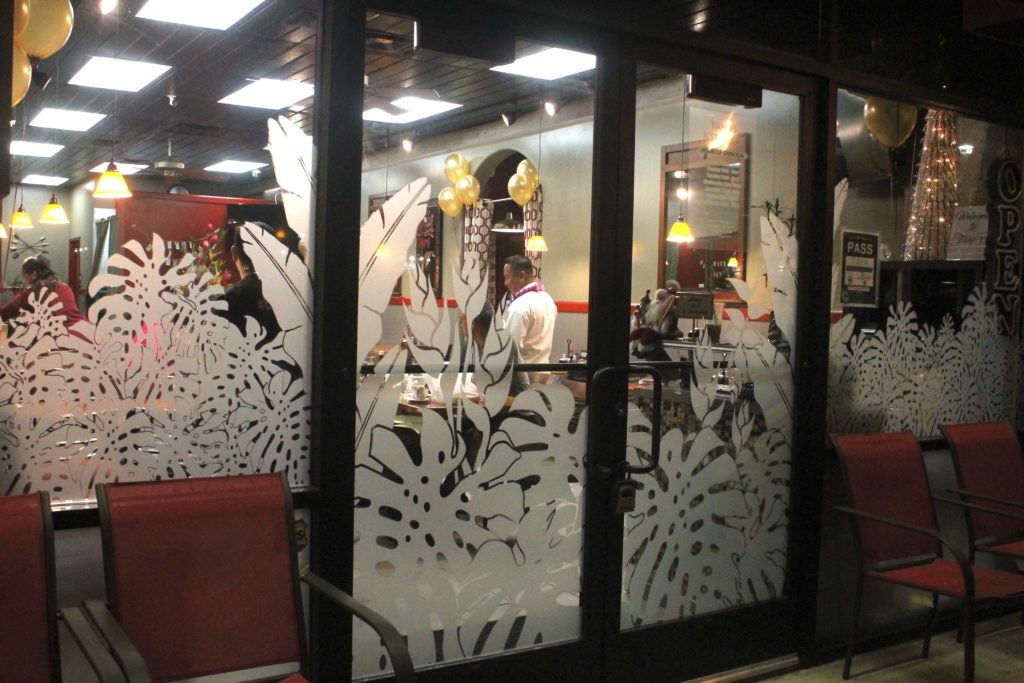 Although he has become a successful chef and businessman, Navasca does not fail to remember all the sacrifices he needed to go through in order to achieve his own American Dream.

Like many people, the chef found it difficult to make time for his children after work; but the most common way to bond comes from sharing a meal together. He wanted to go out for dinner but his children often contradicted one another when it came to choosing what to eat. One child would want pasta, another local Hawaiian food and the other Chinese cuisine.

Resolving this dilemma led to the inspiration for his own restaurant. “Tiano’s is the answer to this question, where each and every one can have various types of food within one place,” Navasca explains. 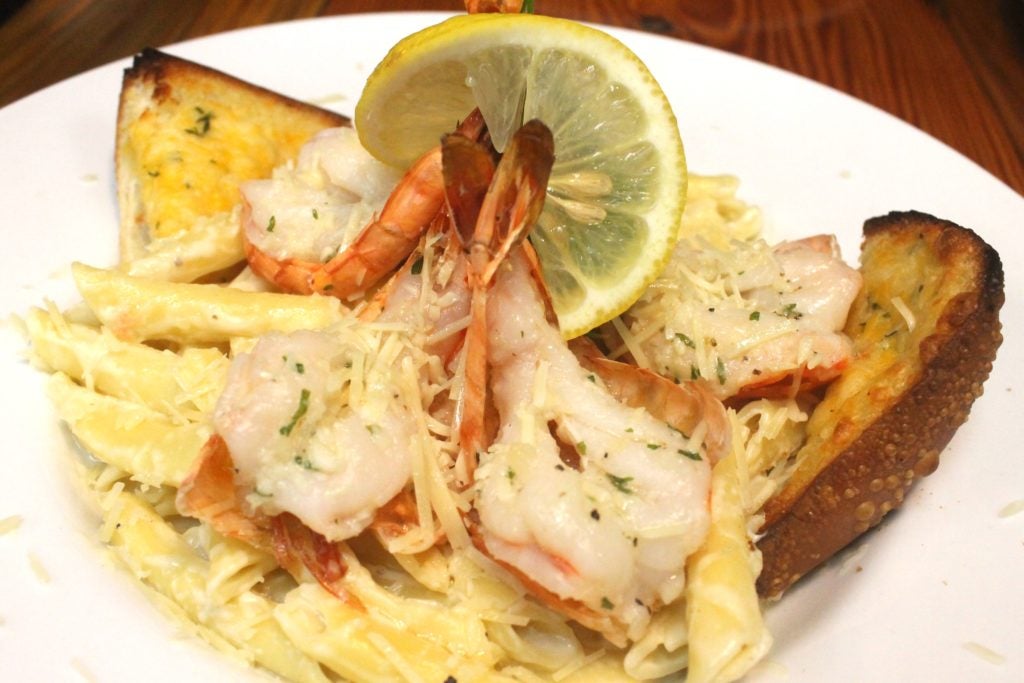 Respectful of the different cultures featured on its menu, Tiano’s does not fuse a lot of flavors as the restaurant wants to keep the authenticity of each cuisine that it offers.

“We would like to be able to preserve the authenticity of the product you come to expect. We are a fusion restaurant in a sense, but not with the flavors,” Navasca explains.

Tiano’s has grown to become a place where if one came to eat adobo, they can get adobo, and likewise with an all-American cheeseburger. “We’re in a world today that has so much diversity and we want to capture that,” he added.

Started in 2014, Tiano’s Restaurant opened its first location in Waipahu with a partner. After fully taking over the business later on, Navasca opened a second location in Ewa Beach and recently began testing out a food truck spin-off of the restaurant. 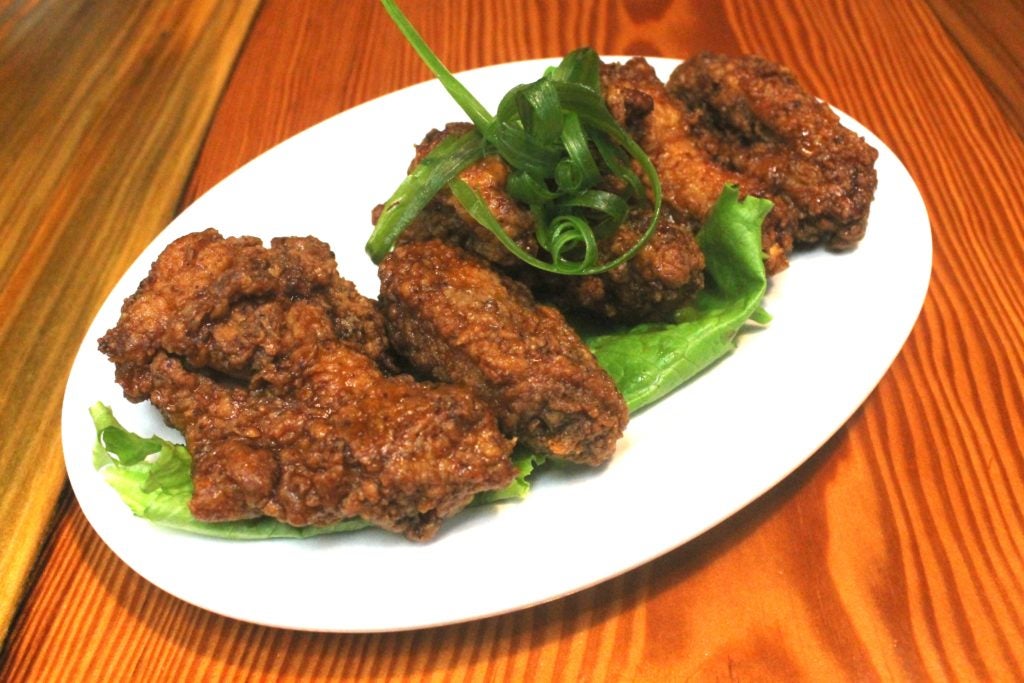 On December 7, Tiano’s third location in Kunia hosted a soft opening for the public. “The Kunia location will be similar to the Ewa Beach location in menu but will also feature specialties that will come out occasionally that mirror ones from the food truck,” Navasca says.

He plans to continue providing the full experience, pampering and customer service. “This is important to us because it validates our position in the market,” he says. Kunia will become the first location specifically designed for menu and accommodation that Tiano’s needs in a high- volume environment.

Its location suits a different approach — a menu for the target market. “We’re looking forward to high-volume and takeouts. We’re by the freeway, easy out and easy in,” Navasca states. “We’re trying to get to a place that makes it convenient for our customers.” 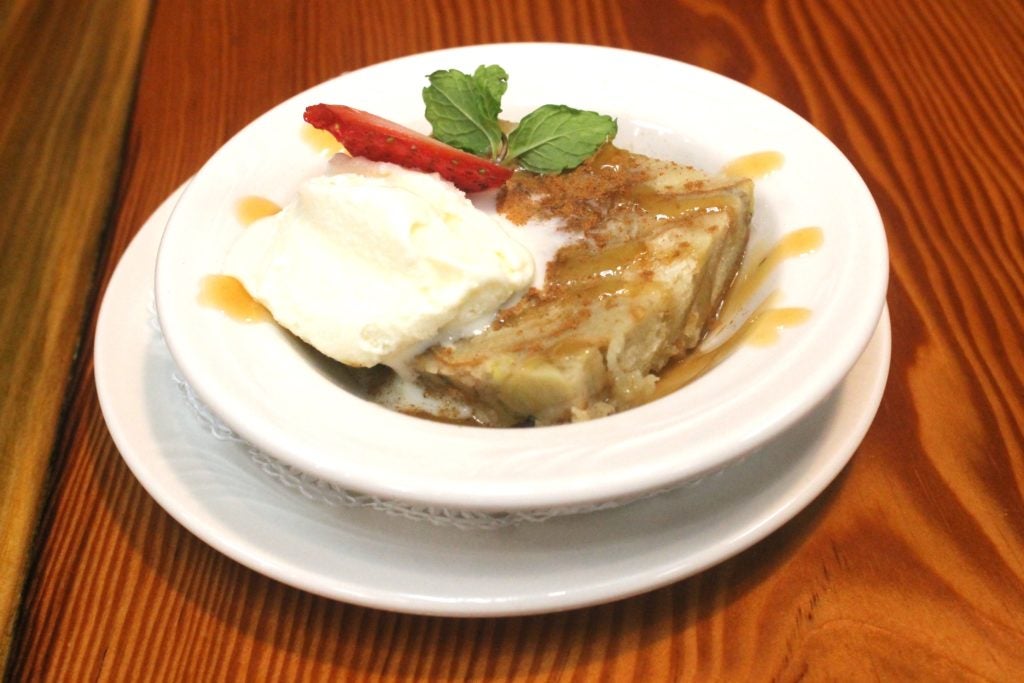 “I think we need a platform for Filipinos to break out of their shell and show the rest of the community what we’re made of,” he observes. “It will encourage more growth within our community and influence other races to become exposed in the community as well.”

Grateful for the people who took the time to mentor him, Navasca wants to mentor people as well. He wants to help up-and-coming food entrepreneurs to excel and develop “a passion for both the front and the back of a restaurant.”

“Cooking is a bridge. I always used cooking as a tool to invite people in. It’s a powerful invitation.”