Older HPV vaccine cuts up to 87% of cervical cancer rate

Young women who were vaccinated against human papillomavirus (HPV) in their teens with an older GlaxoSmithKline product called Cervarix had up to an 87% lower risk of developing cervical cancer linked to the virus, a long-running English study found.

When the vaccinated women were in their 20s, those who had received the series of shots between ages 12 and 13 had cervical cancer rates that were 87% lower than unvaccinated women who had been screened for the malignancy.

The cancer rate was 62% lower when the shots were given between ages 14 and 16 and reduced by 34% in women vaccinated between ages 16 and 18, researchers reported in The Lancet medical journal.

Rates of a precancerous condition were reduced by 97% when the shots were given at ages 12 and 13, the study also found.

The findings “should greatly reassure those still hesitant about the benefits of HPV vaccination,” the researchers said. 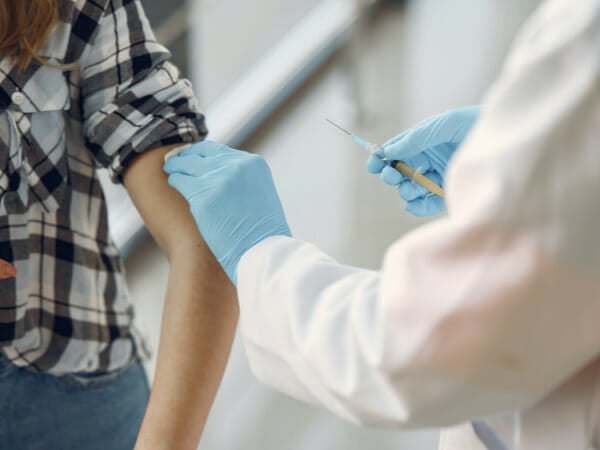 The study, funded by Cancer Research UK, looked at registry data from January 2006 to June 2019 on women who had been screened for cervical cancer between ages 20 and 64, including women who received the Cervarix vaccine after it became available in 2008.

“We hope that these new results encourage uptake as the success of the vaccination progra relies not only on the efficacy of the vaccine but also the proportion of the population vaccinated,” said coauthor Kate Soldan of the UK Health Security Agency.

Cervarix, developed by GSK, protects against two HPV types that are responsible for roughly 70% to 80% of all cervical cancers.

Since September 2012, Merck & Co’s quadrivalent vaccine Gardasil, which protects against four HPV types linked to cervical and head and neck cancers, has been used in England instead of Cervarix.

GSK also stopped selling Cervarix in the United States due low demand with Gardasil dominating the world’s most lucrative market.

Cervical cancer is rare in young women. Follow-up as women grow older is needed to fully assess the vaccines’ impact.

(Reporting by Pushkala Aripaka in Bengaluru; Editing by Nancy Lapid and Bill Berkrot)

Best Shoes for College Guys 2022
Pheromone Perfume: Does it Really Work?
10 Budget-Friendly Alternatives to the GoPro Camera
Newly-launched US drugs head toward high prices in 2022
Inflation squeezes medically vulnerable families
Mewing: Face Slimming Without Surgery?
Best Solar Watches Of 2022
LATEST
Russian gas crisis sparks coal rush in Germany
Finland limits visas to Russians amid rush of Europe-bound tourists
23,000 cops to be deployed nationwide for school reopening
Explainer: Why has polio been found in London, New York and Jerusalem, and how dangerous is it?
Canadian firm vows to employ indigenous people at Amazon potash mine