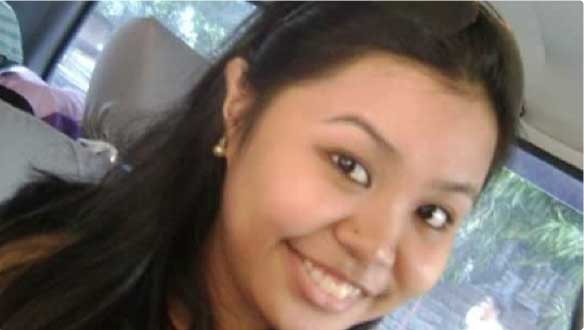 Kristina Prado, a nurse in the Philippines, was killed by a train in Alberta, Canada. GOFUNDME

RED DEER, Alberta – A 34-year-old Filipina succumbed to her injuries following a train accident in the early morning of Oct. 26. of Maple Crest was struck by a train in southeast Edmonton, Canada, on her way to work.

Prado was walking westbound on a sidewalk in the neighborhood of Tamarack when she was struck by the front of a northbound train, stated a police report. Paramedics transported her in critical condition to the hospital..

Initial police report stated Prado attempted to run across the CN railway tracks at Maple Road near 8th St. with a train coming.

She spent a night in the ICU of the University of Alberta Hospital where she died the following morning.

Elaine Prado, 39, said she knew her sister-in-law had left for work around 7 a.m. that morning as she felt the house’s door close.

Meanwhile, Elaine got her two children ready for school, a duty Kristina joyfully did for the family when she was off work. On the way to school at past 8 a.m., Elaine and her sons got stuck in the traffic which prompted her to notify the school that the kids will come in late. She would later find out that Kristina’s train accident had caused traffic to back up.

Elaine drove around looking for another way out but wound up on the same road where traffic had stalled. At around 9:30 a.m., Kristina’s work called and told Elaine that she did not show up for work that morning. A bad feeling come over Elaine at the time.

She tried to call Kristina’s cellphone many times and after a few minutes, a member of the Royal Canadian Mounted Police (RCMP) answered and told her that Kristina was involved in an accident.

Before noon, Elaine’s husband, Kristina’s brother, would find out about the accident and that she was immediately taken to the hospital with serious injuries.

Kristina, or Ting-ting to those close to her, had planned to pursue her nursing career here, after working fulltime for a year. After all, she was a registered nurse in the Philippines working for a health insurance management company before she moved to Canada.

Kristina, whose family hails from Lipa City, Batangas, 85 km south of the capital, first came to Canada as a visitor in 2010. In 2017 after returning from the Philippines, she went to NorQuest  College in Edmonton City to complete an early childhood development diploma.

Her future in Canada became clearer when she finally obtained her permanent resident status in March of this year. Two months later, she found a job as a childcare support worker at The Meadows Early Learning and Childcare, a 25- minute walk from where she lives with her older brother and his family.

This December, Kristina wanted to visit her relatives in the U.S. and maybe tour Thailand with a friend.

“Sa isang iglap biglang nawala lahat (In one instant, everything was lost),” said Elaine of her sister’s future plans now shattered by her early demise.

Kristina’s short stint at work had endeared her to the children’s parents.

Reportedly, The Meadows closed for two days to acknowledge the passing of one of their beloved staff members.

Kristina’s love for kids had blossomed from taking care of her two nephews said Elaine. “She helped a lot in raising my kids, she was very hands-on. Even when she was busy in school, she made sure that my kids were looked after,” she said.

Kristina would often decline going out with friends if she was needed to baby sit her nephews.

“Tahimik sa umpisa, pero masayahin pag nakilala mo sya. Napakabait na sister-in law (She is unpretentious when you first meet her, but she is good humored once you get to know her. She was a very kind sister-in-law),” added Elaine.

Kristina’s legacy includes teaching her nephews how to pray the rosary, said Elaine.

The horrific accident remains under investigation by the authorities here. Elaine said that Kristina had used the same route for five years whenever she was out.

“She was very cautious,” said Elaine, doubting initial reports that have surfaced. So far, the camera footage of the train track only showed Kristina being hit by the train, said Elaine.

Nonetheless, she said Kristina’s death would hopefully highlight the importance of prioritizing safety, for train commuters and others.

A Gofundme page has gathered over $7,000 in donations.

“The rest of her family are all in the Philippines. Her brother will bring home Kristina to be with her family for the last time before she will be laid to rest,” the page reads. The proceeds will be used for the funeral and repatriation of her remains.