What immigration detainers vs. ‘sanctuary cities' controversy is about

What immigration detainers vs. ‘sanctuary cities’ controversy is about 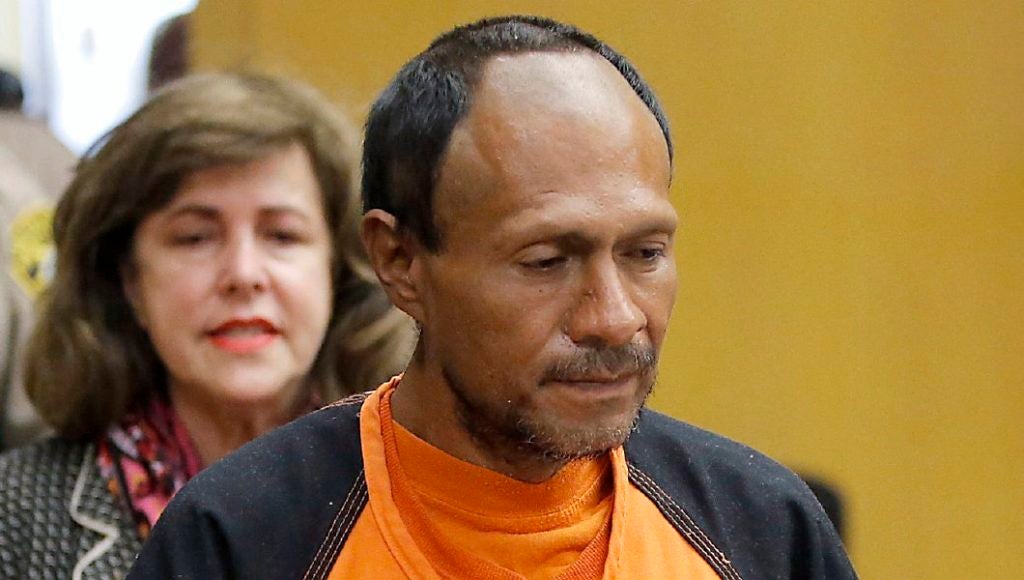 Jose Ines Garcia Zarate, an undocumented immigrant, was acquitted of murder in the shooting death of Kate Steinle. AP PHOTO

SAN FRANCISCO — After Jose Ines Garcia Zarate, a Mexican national, was acquitted of murder in the death of Kate Steinle, the term “immigration detainers” came to light in public discourses about immigration.

Despite his acquittal, Garcia Zarate is nonetheless going to be removed/deported from the United States. What are immigration detainers? Why are some states and local governments, like the City of San Francisco, refusing to cooperate with federal enforcement of immigration law?

Garcia Zarate is a non-citizen who had prior deportation orders. Despite the bar to entering the United States after deportation, he made his way back to this country. He spent more than four years in a federal prison for illegally re-entering. Thereafter, he was sent to San Francisco prison to undergo trial on a 20-year-old felony marijuana charge. The local court dismissed this marijuana charges, and he was released from jail.

Prior to his release from jail, the federal officials issued an immigration detainer to the local enforcement agency to notify ICE when he would be released because of an existing order for his deportation. The City of San Francisco has a sanctuary jurisdiction where only a formal court order will allow them to honor an immigration detainer.

As a result of the refusal of the San Francisco official to  acknowledge the request for detainer, Garcia Zarate was released from custody. It was during this time that the incident of the “accidental’ shooting of Kate Steinle occurred. This was the recent finding of the jury after hearing the evidence. The acquittal is unrelated to City’s failure to recognize the immigration detainer; neither did they find it relevant to consider that Garcia Zarate was unlawfully present in the United States.

An immigration detainer is a document issued by the U.S. Immigration and Customs Enforcement notifying the state or local government that they seek to take custody of a non-U.S. citizen “for purposes of arresting and removing” this individual from the United States. Oftentimes, ICE will issue an immigration detainer during criminal proceedings of the non-U.S. citizen after he is first taken into state or local custody.

Detainers have been used by the federal government since 1950 as a means of obtaining custody of a non-citizen for purposes of deportation, or to enforce immigration law.

The controversy with respect to immigration detainers started in 2008 when multiple detainers were issued by ICE under the restored Secure Communities program. ICE, then, took into custody a significant number of non-citizens who were not conclusively deportable, had no convictions or were simply charged with non-removable misdemeanor offenses. These incidents resulted in undue separation of families, loss of employment or disruption of businesses, not to mention lawsuits filed by families of detained individuals.

In response to these detainers under the Secure Communities programs, several states and local government enacted ordinances indicating their unwillingness to cooperate with federal government in immigration enforcement.

They are referred to as “sanctuary” cities because they oppose federal immigration authorities’ efforts to detain unlawfully present aliens within their jurisdiction.

Many local authorities want victims and witnesses to be safe and unafraid to come forward to report crime and get help, thus these local authorities’ refusal to cooperate with immigration enforcers. Entangling local law enforcement with deportations undermines trust and safety in the community.

The shooting of Kate Steinle was undeniably a terrible tragedy. But the fact that the incident was used to drum up support for mass deportation, to scapegoat all unauthorized immigrants and link them to crimes is totally reprehensible.

This immigration debate on detainers and sanctuary cities must be placed in proper perspective so that real solutions towards a more humane immigration reform may finally be attained.