Historical novelist calls for more stories about the Fil-Am experience

Historical novelist calls for more stories about the Fil-Am experience 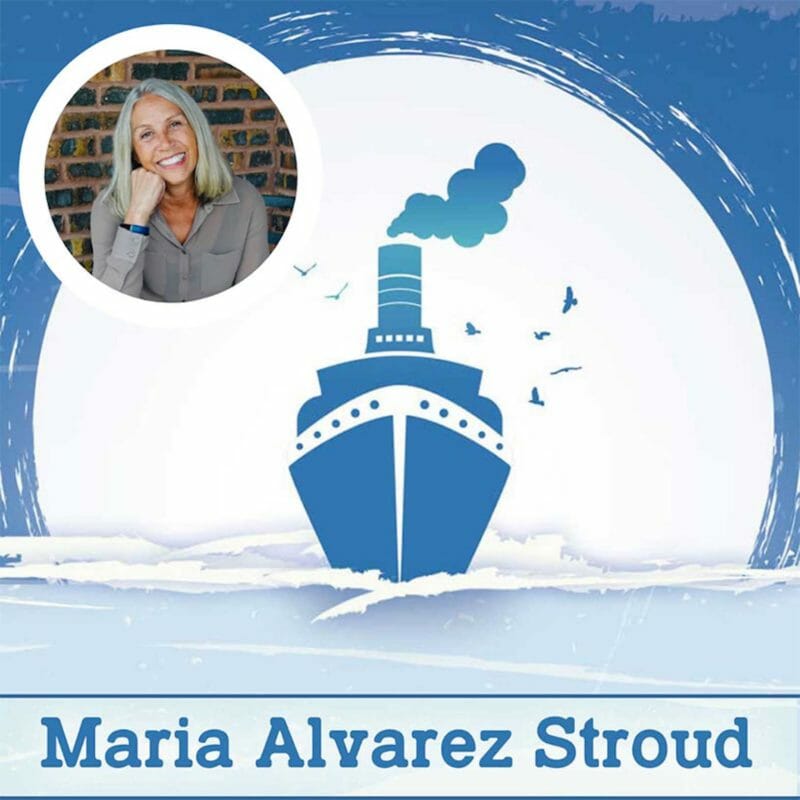 Author Maria Alvarez Stroud based her novel on her father’s journey from the Philippines to the United States starting in 1916. HANDOUT

SKOKIE, Illinois – “There aren’t enough stories told about the Filipino American experience,” said Maria Alvarez Stroud, author of Brave Crossing, during a workshop on Oct. 21 at Skokie Public Library, one of the events held to celebrate Filipino American History Month.

Stroud’s Brave Crossing is a historical novel based on the true story of her father’s journey to the U.S. in 1916. Although from a wealthy family, Maria’s father, Ricardo Alvarez, chose to pursue a better life during the American colonization of the Philippines after the Philippine American War.

In the novel, journals and letters depict Alvarez’s departure from Santa Cruz, Laguna aboard an ocean liner for three months to his arrival in Chicago, at age 19, and his life in the U.S.

The epistolary novel tells a story that “mirrors our current times,” Stroud said. It tells of Filipino Spanish Ricardo Alvarez and his experiences amid the 1919 racial wars in Chicago, the First World War and the 1918 Spanish Flu Pandemic. Today, Filipino Americans continue to be victims of racial discrimination that escalated in the current coronavirus pandemic.

Filipino Americans are the third largest Asian group in the U.S numbering 4.1 million, according to the Census Bureau. The largest density of Filipinos residents are in California, Hawaii and Illinois.

Working on her novel helped Shroud to get a better understanding of her Filipino Spanish father, who was mostly distant from her while she was growing up.

“I wanted to know the man more. He was a proud person. He never talked about his journey. I didn’t get a lot of time to know him. What I know is that my father was proud of being Spanish and Filipino,” Stroud said.

Stroud was born when her father Ricardo Alvarez was 58 years old, and he passed away when she was 22 years old.

Growing up in Galesville, Wisconsin, Stroud would be asked what nationality she was. “[Being Filipino] was not on people’s radar, particularly in rural areas,” Stroud said.

She said that she is “a quarter Filipino, a quarter Spanish, a quarter English and a quarter Norwegian.”

Audience members shared stories and participated in a question and answer segment of the workshop.

“My own father was the only guy in Arayat, Pampanga who went Stateside in the 1920s—even before he finished high school. He worked as a waiter in speakeasies owned by notorious gangsters in Chicago,” shared Santos.

Santos was glad that the historical novel tells stories about the 1918 racial riot in Chicago, the resurgence of the Ku Klux Klan and the alienation of Filipinos who first came to Chicago.  “These were the stories that I did not hear from my father,” Santos said.

Filipino American History Month coordinator Ruben Salazar shared his past experience of discrimination. “I came to the U.S. at age 21. I was told ‘to go back to my own country.’”

Salazar is a co-founder of the Philippine American Cultural Foundation (FACF), which organizes and co-sponsors the annual Piyesta Pinoy Festival in Bolingbrook, Illinois.

“My father attended the University of Chicago and medical school at Marquette University,” Stroud said. “He settled as the town physician in Galesville, Wisconsin where he delivered 2,500 babies.”

However, Ricardo still experienced discrimination by many townsfolk who refused to be his patient, considering him “colored.” But as a coda to her father’s life, the whole town came out to honor him, led by “Alvarez’s babies”—delivered into the world by her father whose journey resonates as a story of most Filipino immigrants in America.

“He told me, ‘Be proud you’re Filipino.’ I think he had great pressure to perform. He gave so much at the office,” Stroud surmised

“I’ve been an avid reader of historical novels. Historical novels make it like you know how people are doing. You can really get a sense of the place and the time,” Stroud said.

Her novel took three years to write and was completed after a lot of background research and personal stories she had heard from her family, she explained.

The state of Illinois was the first to require schools to teach Asian American History through the passing of the Teaching Equitable Asian American Community History Act (TEAACH Act) in April.

Ginger Leopoldo, artistic director of Circa Pintig, suggested to Stroud that Brave Crossing would be a good curriculum reading material for middle school and high school. Stroud said she has taken action and met with publishers.

Dr. Cleofe Casambre, a physician at University of Illinois Hospital, asked, “What’s the possibility of getting the book turned into a movie?”

Stroud responded that she “didn’t’ know how to approach the movie scene and wasn’t aggressive enough to attempt to ask.”

Stroud said she enjoyed meeting with Filipino American groups and hoped to attend more workshops and meetings to promote her novel. She sold out her copies during her book signing.