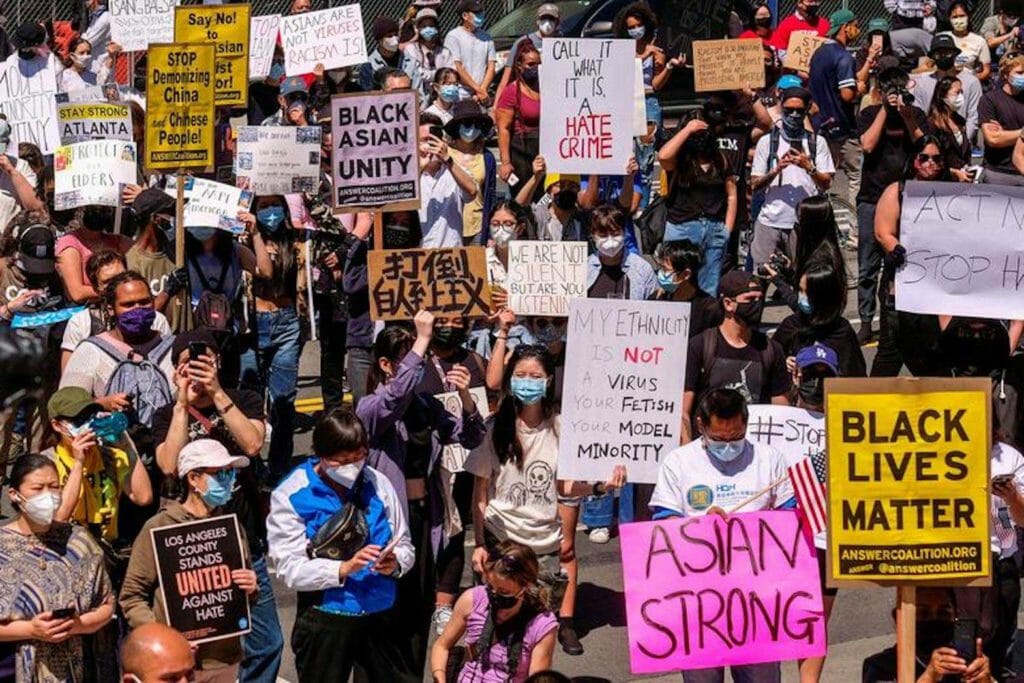 A protest against surging anti-Asian hate crimes during the pandemic. REUTERS

Newly republished data from the Federal Bureau of Investigation show that hate crimes against people of Asian descent rose by 76% in 2020.

The republication corrects previous FBI data issued in August, which were incomplete due to a technical problem in Ohio’s reporting system that has now been fixed.

More than 60% of hate crimes in the United States were carried out because of the victim’s race, according to the newly released FBI data.

hate crimes are directed at African Americans, but there was an uptick in anti-Asian hate crimes due to COVID-19.