Climate change may wash out traces of earliest Filipino settlers in U.S.

Climate change may wash out traces of earliest Filipino settlers in U.S. 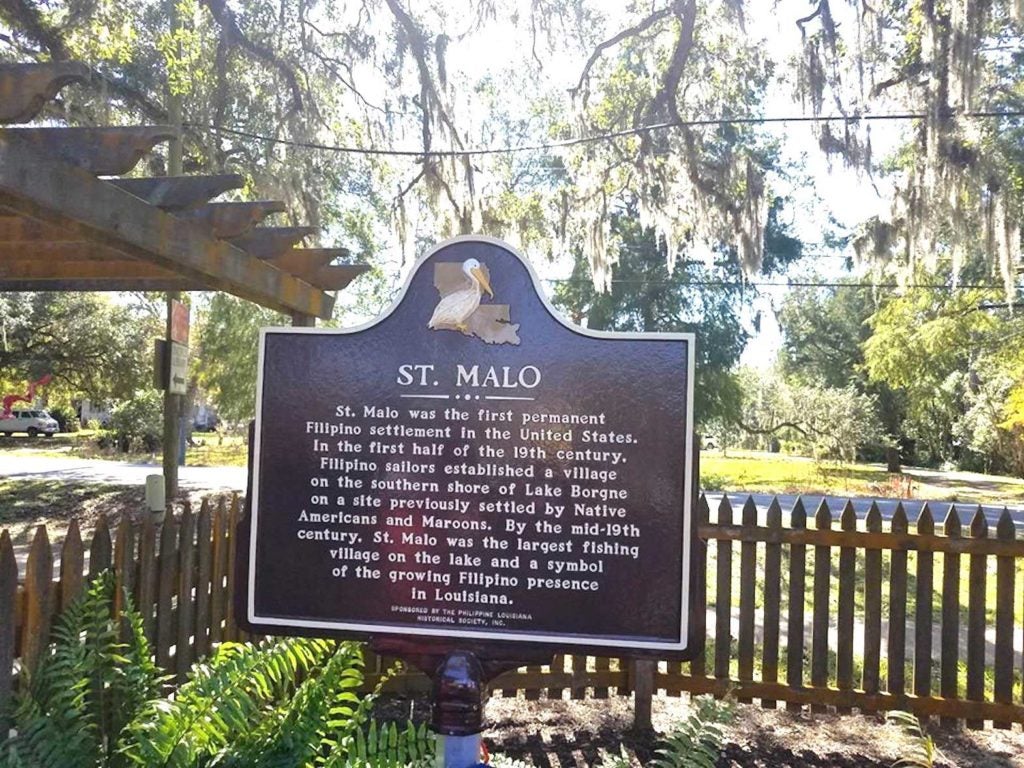 A plaque marks an area nearest the early Filipino settlement in St. Malo, in a Louisiana bayou. FANHS

St. Malo, a former village along the shore of Lake Borgne in Louisiana’s St. Bernard Parish, was the first Filipino settlement in the United States, long before the Civil War.

Now, climate change is threatening to erase any and all signs of the historical site, according to a recent CNN report.

St. Malo’s early Filipino community thrived for years, but hurricanes over the years destroyed the village and forced many settlers to other parts of Louisiana. Some set up their own Manila Village, in Jean Lafitte town, not far from St. Malo.

They made a living from fishing and introduced a unique process of drying shrimps. An early depiction of “Manila Village” in Jean Lafitte, Lousiana.

Although there’s little historical documentation on the early Filipinos in Louisiana and stories about them were mainly handed down through generations, Filipino Americans say more people need to know about the villages of St. Malo and Manila Village in Jean Lafitte and how climate change could erase any trace of them.

Some say that the Filipino community in St. Malo goes back to as early as 1763 when both the Philippines and Louisiana were under Spanish rule. Today, The US Census Bureau estimates there are around 8,000 Filipinos in Louisiana.

Randy Gonzales, an English professor at the University of Louisiana at Lafayette, and co-vice president of the Philippine-Louisiana Historical Society, told CNN that in the late-1700s Filipinos likely escaped from globe-sailing Spanish ships and went deep in the bayous of Louisiana, building huts over the wetlands.

The Philippine-Louisiana Historical Society successfully lobbied for a marker to commemorate St. Malo. Gonzales said it was a challenge to put up since no one ever goes to St. Malo, and they wanted it protected.

As the climate crisis intensifies, Louisiana’s coast is being battered by sea level rise, more frequent hurricanes and erosion. Traces of St. Malo and even the Jean Lafitte settlement may disappear soon.

Louisiana has lost about 25% of its coastal land the size of Delaware since in 1932, according to the US Geological Survey, cited by the CNN report.