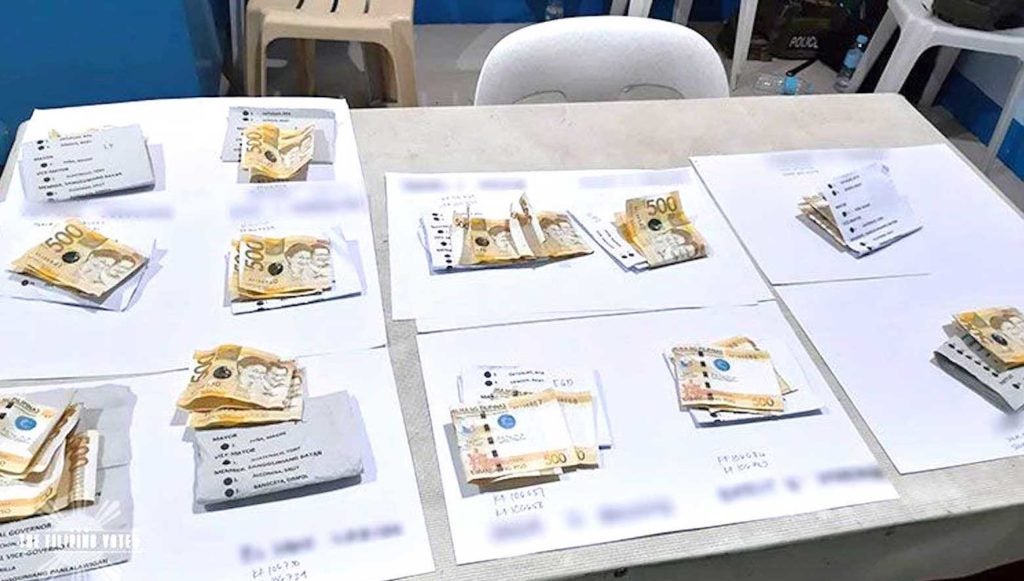 You and I have met lots of good, able and honorable national and local leaders who simply refuse to go to politics, not like how fools rush in where angels fear to tread.

So far, 97 COC filers aspire to succeed President Rodrigo Duterte, three or four of them tapped for a dramatic entrance of a more popular substitute from Davao (actually a decline from the record-high 130 COC filers for president in the 2016 elections).

Still, we hear people who oversimplify politics as a circus and politicians as entertaining clowns. No, I think it’s more than that.

Patronato politico. In the Philippines, the old Spanish law of Patronato real has evolved into patronato politico or political patronage. The Marcoses returned  in 1991. The surviving victims of Martial Law and the rest of civilized society recognize them as the unscrupulous candidates who have mastered the science of manipulative influence by setting up an expensive PR department. This is backed up by a humongous well-oiled army of trolls and fake-news agencies with one focused aim —  to return to power. Armed with ill-gotten wealth, they have run for public offices and won — mother, daughter, and son.

The powerful and the moneyed can flood the streets with cash and buy millions of supposedly sacred votes, manipulating the ugly side of the Filipino value called utang-na-loob. If fear and fake news are added to money, the powerful will absolutely control the poll.

Then came 2016 elections, and 16 million Filipinos, plus a few Catholics priests and nuns, voted for somebody who called Pope Francis a “son of a…” when he got stuck in heavy traffic during the papal visit in 2015. That somebody also dared to call God “stupid” and, when he said it, only a soft Christian protest was heard. The supermajority was silent. What do you think? Would the entire Muslim world rumble in loud protests, a series of time, perhaps violently, if the God of the Islamic nations got insulted? I am pretty sure they would.

After 500 YOC? During the pandemic, I attended meetings of minds and online chats with both the academe and some observers of Philippine politics. At the end of each thoughtful encounter, I felt so sad because of the hurting questions they raised. One such question was this: Why did you turn into a sick majority of citizens pretending to be a nation of Christian values and ideals? Awww!

Before an audience of around 8,000 priests, nuns and laity at the Cuneta Astrodome in Pasay City in 2018, we heard Cardinal Tagle saying in Tagalog: “My job gets me to visit different places. It’s a painful experience to hear others criticize our being Filipino. What has happened to your nation, they seem to ask. Why?”

Why, after five centuries of long homilies in jam-packed churches, not to mention the boring ones that sent thousands of men out of the church to smoke during sermons? Why, after 500 years of endless processions accompanied by shouting hala bira or the singing Dios te salve, Maria? After millions of ash-crosses are put on the forehead every year, candles lighted, and incense burned in every church? After more than 400 solid years of Catholic education?

It appears that the Philippines, a predominantly Christian nation in Asia, has accepted with wide and open arms the impunity, corruption, and lies that go together to the summit of political priorities.

Voter education. Is it because politics and the electoral process were neither evangelized nor civilized? Who was accountable for this? The masa, the laity, the Christian majority, who were not themselves evangelized? Since after Martial Law, Christian leaders have been doing their best to offer guidance and principles for discernment. But it appears their best efforts were not good enough to effect the evangelization of politics. Did the priests and Christian parents do their part in voter education?

In commemoration of the 500 YOC, accorded with the meaningful theme of “Gifted to Give,” what then do we give in politics, if the majority of us are not gifted, evangelized, and informed? Nemo dat quod non habet, if I may respectfully say, “You cannot give what you do not have.”