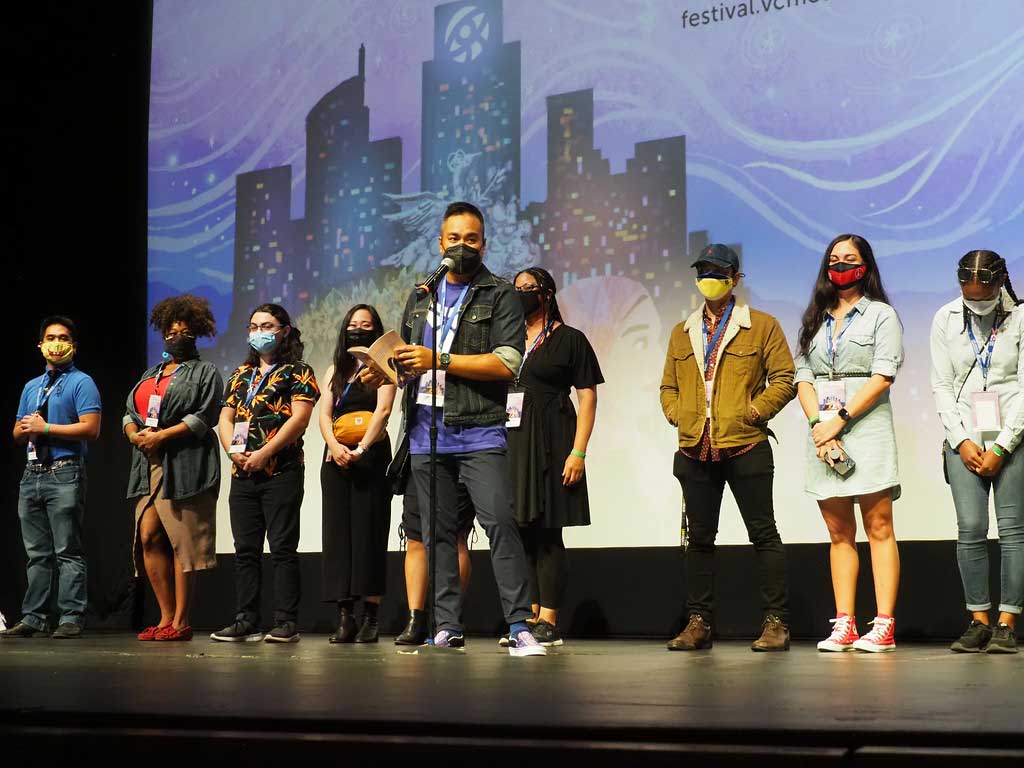 The Filipino films included the “Celine Archive,” the true story of a young immigrant Filipina mother who was buried alive by her community near Stockton, California in 1932. Celine Parreñas Shimizu, a professor and the director of the School of Cinema at San Francisco State University, tells the story from her extensive research and interviews.

The “Kuwentuhan | Shorts Program” included noted Fil-Am historian Alex Fabros and actress Georgina Tolentino, the producer, writer, and star of the film “No Dogs,”  directed by Filipino-Am Randal Kamradt. “No Dogs” is set during the 1930 Watsonville Riots. Tolentino is also working on a film about Olympic gold medalist Vicki Manolo Draves.

Also screened was feature film “The Monsters Without” a feature film shot entirely in the Philippines, with Manila actor Jake Macapagal as the star along with a host of other Filipino American actors and talents. Randal Kamradt also directed the film.

The comedic-action side featured “Lumpia with a Vengance,” the follow-up to director Patricio Ginelsa’s original film called simply “Lumpia” (2003). “Lumpia with a Vengeance” was funded through a Kickstarter campaign and began production in June 2017. It stars former UFC fighter Mark Munoz, April Absynth and Danny Trejo (Machete, From Dusk Til Dawn) and also reunites most of its original stars, like Francis Custodio and Edward Baon.