Mirrorless vs DSLR cameras – which camera should you buy?

Mirrorless vs. DSLR cameras are one of the hottest topics in the world of photography. The two go toe-to-toe better for photos, videos, still-shots, accessories, and price range. There is much to be considered when choosing to purchase one over the other. For one, both offer more than enough to beginner photographers.

However, you might want to consider other factors that may make the DSLR and mirrorless cameras suitable for you personally. Things have changed in the field of technology for the past decade, and gone are the days of simple, digital cameras whose only function was to take pictures no matter how grainy or low quality. Read on below for a thorough comparison of mirrorless vs. DSLR cameras. In the early 2000s, if you were a professional photographer, you tended to pick up a digital single-lens reflex (DSLR) camera. It had everything you would need — a high-quality image sensor that you can view on the LCD screen, options for videography, and various lens accessories that you can change.

It made sense for the world’s biggest camera brands such as Canon and Nikon to feature the DSLR as their top product. However, nowadays, people can use their phones to take pictures that some would argue could be at par with professional cameras if they knew how to tweak their settings. Mirrorless cameras are also making quite the comeback, sometimes outselling DSLRs. 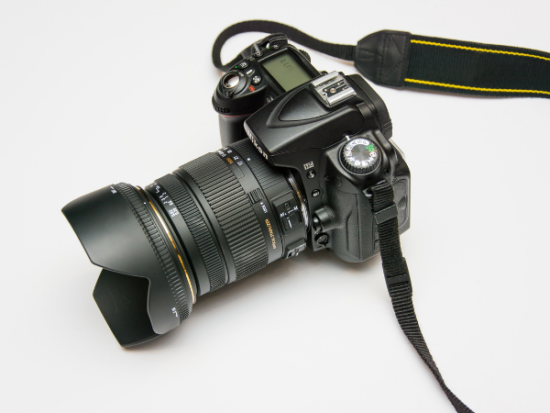 A digital single-lens reflex camera or DSLR has a mirror that reflects the light entering the lens and displays it on the optical viewfinder or OVF. On the other hand, Mirrorless cameras don’t have a mirror, as you might have already guessed, and it works more like a digital camera would. There is no OVF but instead an EVF or electronic viewfinder which is often an LCD screen on the back of the camera.

That doesn’t necessarily mean that one is better than the other. Some features are present in a DSLR camera but can’t be found in a mirrorless cam and vice versa. Whether you prefer the built-in viewfinder of the DSLR or the portability of the mirrorless camera, both have something to offer. Check how they compare below.

Traditionally, DSLR cameras are bigger. They are bulkier because of their lens and accessories. This isn’t necessarily a bad thing as it can help when shooting big telephoto lenses and larger than average hands. They are heavier but easier to maneuver. Mirrorless cameras’ selling point is their portability. Due to their smaller size, they are the better choice for traveling photographers. However, there are mirrorless camera models that can be as big as DSLRs. 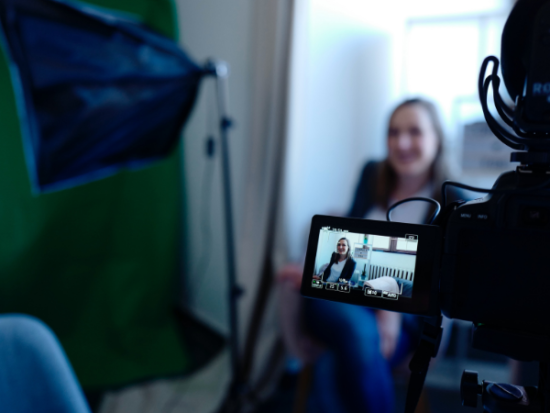 Once upon a time, DSLR was the game-changer for offering Full HD video capture to professional videographers. Today, they have long been overtaken by mirrorless cameras that offer up to 8K video. Even the cheapest mirrorless cam has a standard of 4K video capture. Entry-level videography can certainly get more than enough with DSLR’s video features. There aren’t many accessories for the camera that can offer the 4K and up of mirrorless cameras.

Some DSLR models have better autofocus for moving subjects. However, mirrorless cameras are also catching up. Entry models may still be a bit behind, but many other models have hybrid contrast-and-phase-detect AF systems. DSLR cameras still win in this department because many professional photographers have trusted them to provide the fastest autofocusing for decades. But mirrorless cameras aren’t very far behind either. Depending on what you need the lens for, mirrorless vs. DSLR can offer varying features. Having the lens format for decades, DSLR lenses have the advantage of being much more developed and targeted for certain types of photography. For example, if you want the widest possible angle, DSLR mount lenses can help. Unsurprisingly, mirrorless cameras are catching up as well because of the demand for them in the market. Whether they can provide the same range is yet to be seen.

The average mid-grade DSLR model can shoot 600 to 800 shots on a full charge, and better models can go up to 1,000 shots and a bit more, and pro DSLR models can last up to 2,000 shots or more per full charge. Mirrorless cameras, on the other hand, don’t come close to this battery life. For average models, mirrorless cams can only last for around 300 to 400 charges. Some models can manage up to 700 shots, but they usually have very large batteries or have a spare at the ready.

While DSLRs may miss out on some features like 4K videos and portability, they are still at par with mirrorless cameras on the market. The latter is getting heavy demand because of their high-end technology, but their models’ price isn’t that higher than DSLRs. To compare, both have cheaper, mid-range, and high-end models. The mirrorless vs. DSLR price range can both go from around $300 to $2,000 depending on the model and features.

What are the pros and cons of mirrorless vs. DSLR cameras? 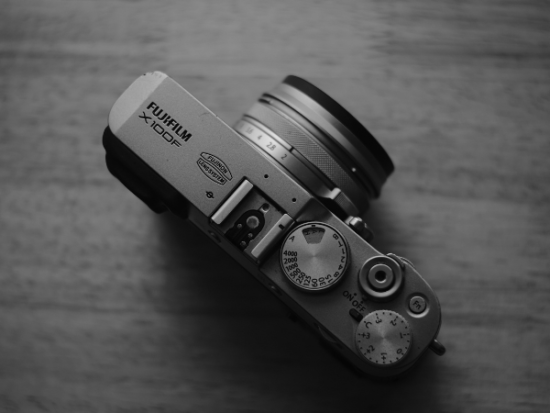 Apart from their design, mirrorless vs. DSLR cameras has more differing features from each other. For entry-level users, a cheaper, older model of the DSLR might be the obvious choice. Sturdy models made by good brands can last for several years. But nowadays, mirrorless cameras are some of the most popular choices for both beginners and professionals.

Both types of cameras have their pros and cons, which comes with the territory as both have varying features. Whether you are a rookie in photography and videography or already have a reputation to keep and want to amp up your game, below are some pros and cons, you might want to consider between a mirrorless vs. DSLR camera.

The obvious pro of mirrorless cameras is their compact, light, and small size. It is more portable and preferable for the on-the-go user. The mirrorless system has fewer moving parts, so it is quieter compared to most cameras. It has not only 4K video capture but a reliable video mode as well. The EVF can be used even in video mode, something the OVF of the DSLR cannot do.

One of the biggest cons of mirrorless cameras is their battery life, and they can only last for approximately half the time a DSLR battery can last. Their size can also be a disadvantage for those with bigger hands. Mirrorless cams also have limited lens selection but getting better over the years. Lastly, the EVF is limited in low-light environments, so lighting can be an issue.

It’s been stated before, but it’s worth noting again: DSLR batteries have the supremacy. High-end models can last up to 2,000 shots or more. This may seem like a boring fact, but it is important for those who will be using their cameras in remote areas with little or no source of electricity for charging. DSLRs also have a larger selection of lenses that you can choose from.

Once again, size comes into play when it comes to DSLRs and mirrorless cameras. The former is much heavier and bulkier than the latter, and it also has slower shooting speeds which can be a disadvantage for moving subjects. DSLR also offers 4K video capture but only in higher-end models. Nevertheless, it is older than mirrorless cameras and has more variety of models.

Best Cameras for Beginners on Amazon

How to Kayak – Ultimate Guide 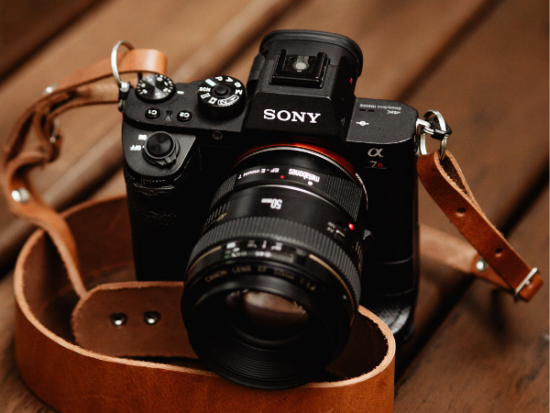 So what’s the verdict between mirrorless vs. DSLR cameras? Is one better than the other? The quick answer to this is no, not really. It all depends on several factors which can affect your decision of which one is the best choice. For one, your line of work and how the camera plays a role in it. DSLRs are sturdy, good value cameras that have been around for decades. They offer enough videography and image quality as well.

Mirrorless cameras, on the other hand, are more technologically advanced. They are smaller and lighter to carry and have more impressive features, although not by a lot yet as many mirrorless models are still being developed. While many would say that they are slowly replacing DSLRs, it’s still hard to tell because the market now is still demanding for both. Both are competent and adequate for any level of photography and videography.

The main trade-off for the mirrorless vs. DSLR dichotomy is getting your hands on the latest technology in the world of photography. Mirrorless cameras offer a wide range of the most high-quality features a camera can offer. From image quality via megapixels to video capture capacity, mirrorless models are changing the game.

However, DSLRs offer a more comprehensive selection of lenses, and their batteries are also longer and more reliable. Some photographers don’t need all the shiny tech from mirrorless cameras but appreciate the practicality of DSLR models more. It comes down to it, though. Personal choice and shooting preferences will say which camera is better for photography and videography, no matter the subject.

MOST READ
Gadgets Best mechanical keyboards to buy for work and gaming
Gadgets No Elon Musk show for the first time during Tesla quarterly call
Gadgets Apple upgrades chips with new premium priced MacBooks
Gadgets How much RAM do I have and should I add more?