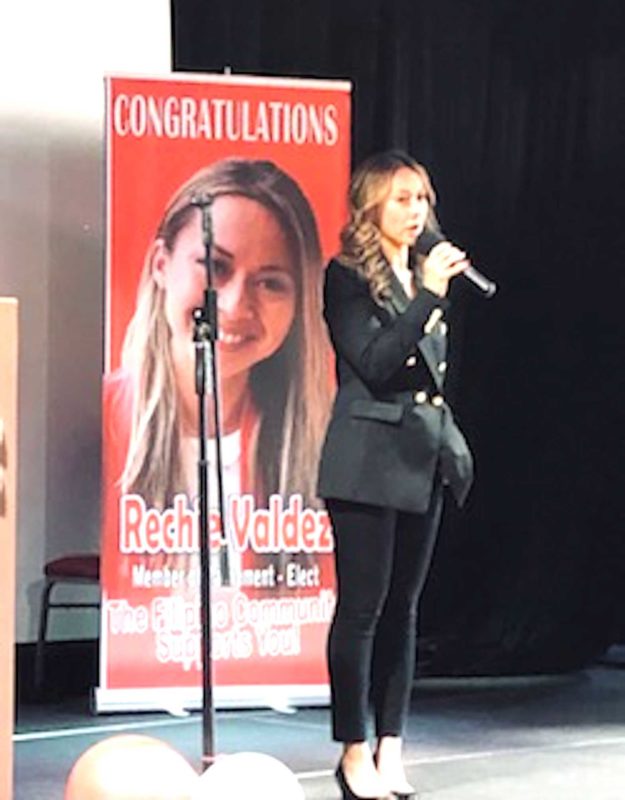 Rechie Valdez thanks her supporters in the Filipino Canadian community. INQUIRER/Marisa Roque

Valdez is the first woman of Filipino descent to sit in Parliament, and only the second Filipino Canadian to do so. Dr. Rey Pagtakhan, a pediatrician and lung specialist, was the first one, elected under the Liberals in 1988 to represent Winnipeg North (Winnipeg North-St. Paul, until 2004).

At her victory meet-and-greet on Sunday, Sept. 26, at the Kalayaan Cultural Center on Orbitor Road in Mississauga, Valdez spoke of the role of her fellow Liberal Party members of Parliament in encouraging her to run.

Not one to pass up a challenge, the mother-of-two went into six weeks of campaign activity, assuring her constituents-to-be of her advocacy for the Liberal platforms of child care, health care and affordable housing, among others.

During her victory speech on election night, Valdez thanked the community “where I grew up, where I walked these streets, where I made memories, and where I raised my children, and who has now given me the greatest honor to represent you in Parliament.”

No stranger to multitasking, Valdez spent the past 15 years working full-time in corporate banking and, while raising two children, launched two companies and more than 10 projects in under five years.  “In 2020, my side hustles became full time entrepreneurship,” Valdez states.

Valdez dreamed of being an artist and a basketball star, and she fulfilled both, producing and co-hosting an urban culture podcast featuring creators, athletes and entrepreneurs.

Her creative side found full expression in her cakes,  sparked by her children, Kyle David,12, and Cassidy, 6. This led to her setting up her own bakery.

She is a self-taught baker whose creations were published in the 2017 national print edition of Bride and Groom magazine and three online publications. 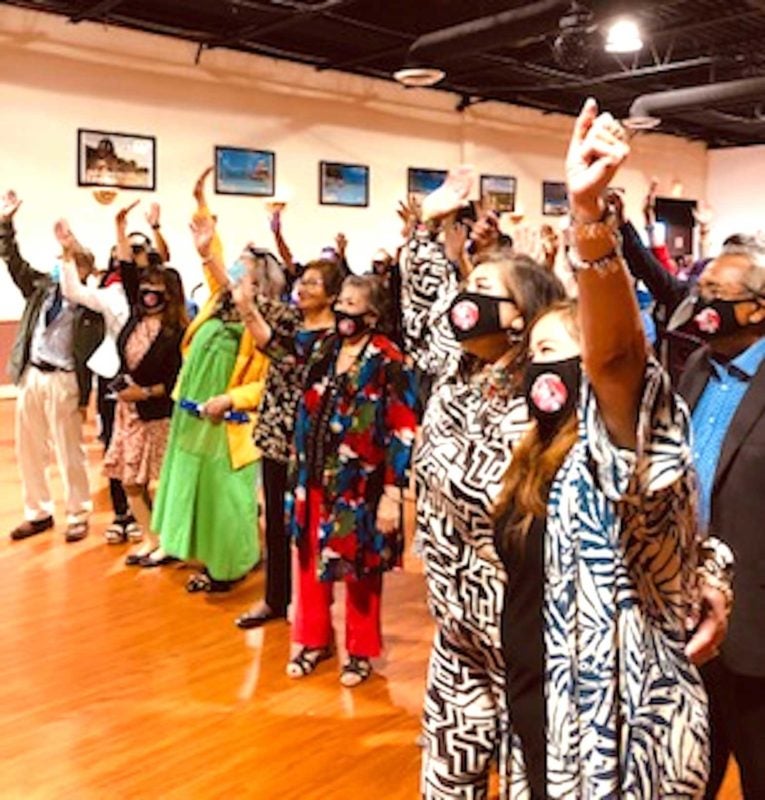 “It was my very first cake that I baked for my daughter that set my soul on fire and my heart singing with joy,” Valdez says.

Born in Zambia, Africa on Sept.17, 1980 to Pinoy expat worker Zosimo Salazar and his wife ,Norma, Rechie felt stifled because of her strict upbringing. She was not allowed to participate, watch, or practice basketball “because I was a girl.

“This led to years of resentment because it broke my heart to be kept from something I loved,” she shared. And she plays a mean game too. 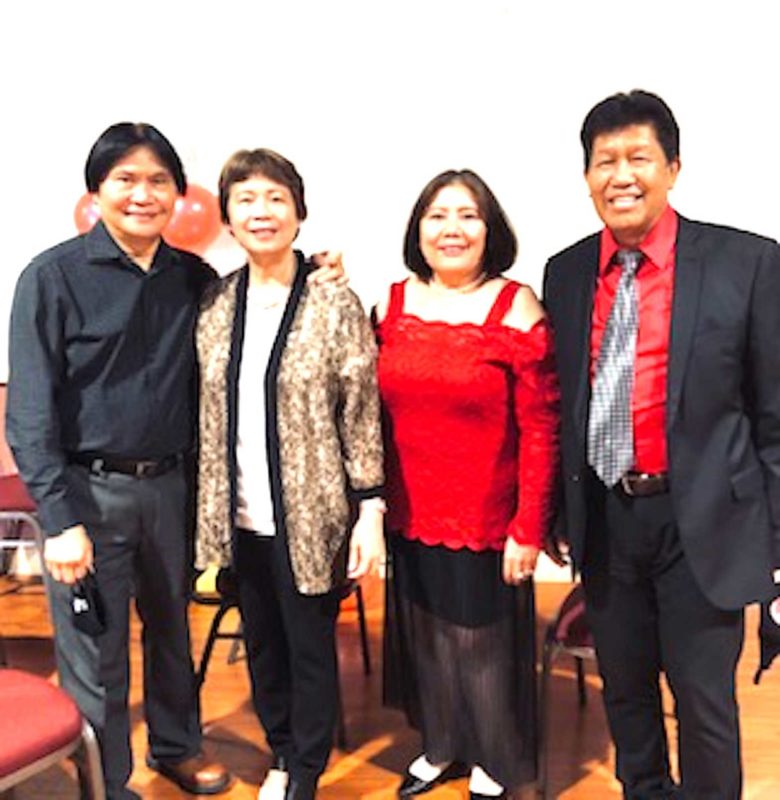 Valdez has certainly put all that behind her, with her nonprofit organization, Battle 416, hosting men’s, women’s and youth basketball tournaments and music festivals in Toronto’s Nathan Philips Square and in the basketball court built at the back of Papercrane HQ.

Papercrane is where Valdez is head baker and oversees all baking operations that supply all three locations in the Greater Toronto Area. She is also head of marketing at Papercrane, where its agency, The Creative Pulse, provides consultative and creative services to clients.

With her dizzying array of accomplishments, Valdez is sure to keep her fellow legislators on their toes.

On Sept. 30, in recognition of her achievement as the first Filipina Canadian member-elect to Canada’s Parliament, Valdez was awarded by Philippine  Consul General Orontes Castro with the Philippine Quincentennial Anniversary Award at the Consulate General offices in Toronto.