Police warn of threats of violence at Sept. 18 pro-Trump rally

Police warn of threats of violence at Sept. 18 pro-Trump rally 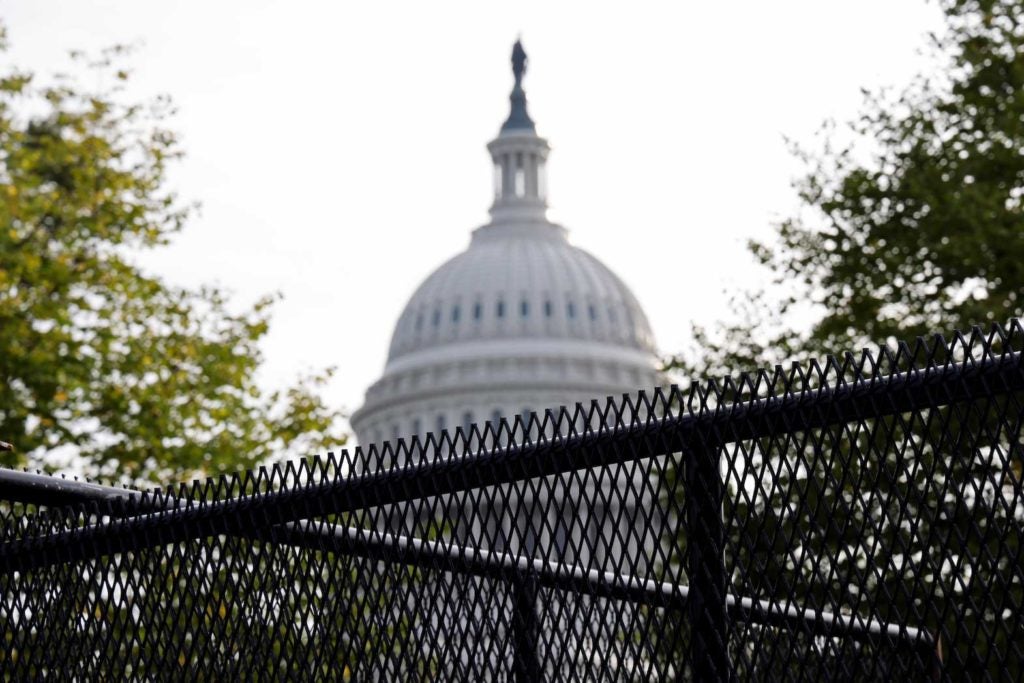 A security fence, erected in a single overnight effort, surrounds the U.S. Capitol ahead of an expected rally Saturday in support of the January 6 defendants in Washington, DC, U.S., September 16, 2021. REUTERS/Jonathan Ernst

WASHINGTON -Police warned of threats of violence at a planned Saturday rally at the U.S. Capitol by Donald Trump supporters, and the National Guard put 100 troops on standby to provide support, after the building was breached during a Jan. 6 riot.

Hundreds of far-right demonstrators are expected in Washington for the “Justice For J6” rally, in support of the more than 600 people arrested on charges of joining the storming of the Capitol by Trump supporters in an attempt to stop certification of President Joe Biden’s election victory.

Police have ramped up security around the white-domed building, mindful of the rioters on Jan. 6 who attacked police, smashed windows and climbed into the building, sending lawmakers and then-Vice President Mike Pence running for safety.

Workers have reassembled a fence that was put up around the white-domed Capitol following that day but was taken down in July.

U.S. Capitol Police Chief J. Thomas Manger on Friday told reporters “there have been some threats of violence associated” with Saturday’s demonstration.

The police department has a “strong plan in place” to maintain a peaceful event, Manger told a news conference.

Defense Secretary Lloyd Austin has put 100 National Guard troops on standby to help police protect the Capitol if needed, the Pentagon said on Friday. A Pentagon spokesman said the request had been made by the Capitol police and the troops would be based out of the D.C. Armory.

They would be used after local, state and federal law enforcement capabilities had been tapped, the spokesman said.

“The task force will only be deployed upon request of the Capitol Police to help protect the U.S. Capitol Building and Congressional Office buildings by manning building entry points and verifying credentials of individuals seeking access to the building,” the spokesman said.

Manger said one risk police were preparing for was clashes between Trump supporters and counter-protesters.

“What we’re concerned about, I think, more than anything is the possibility of counter-demonstrators making it to this demonstration and there being violence between those two groups,” Manger said. “In my opinion, that’s the most likely scenario for violence.”

Most members of Congress will be out of town on Saturday.