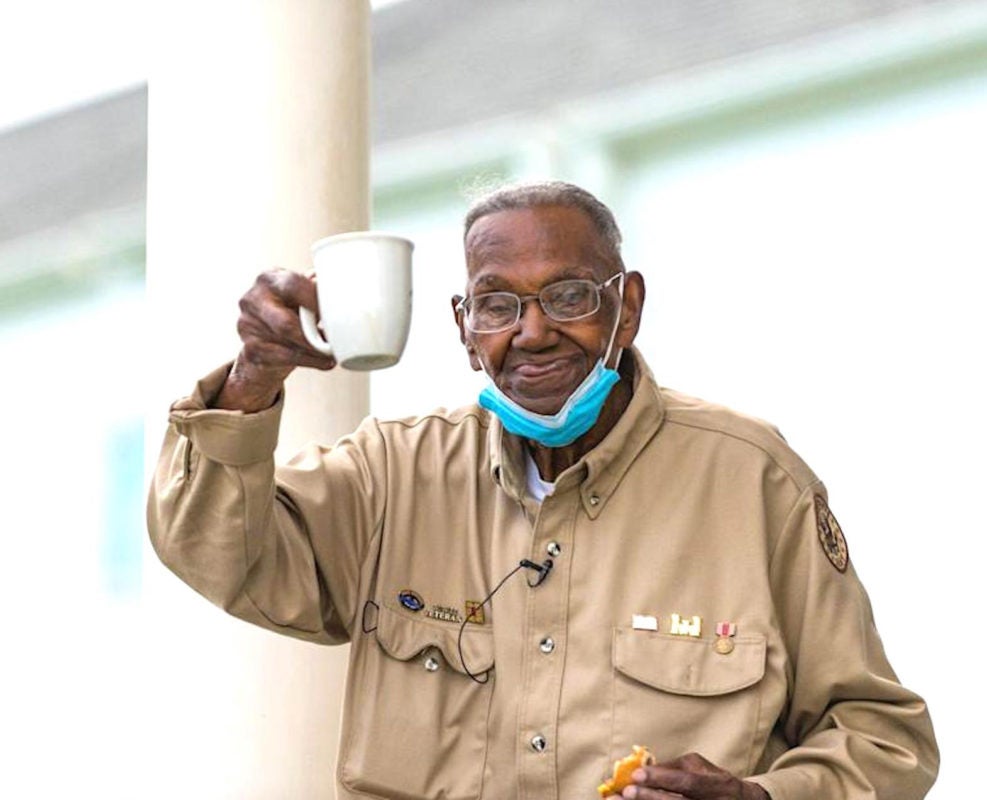 Lawrence Brooks turned 112 on Sunday, Sept. 12. He served in the Philippines during the war.

Brooks was born in Norwood, Louisiana in 1909 and has lived in New Orleans since 1929.

He was a draftee in 1940, a private in the Army’s mostly Black 91st Engineer Battalion. Brooks’ unit was stationed in the Philippines and New Guinea, building bridges, roads and airstrips.

He also received greetings from Louisiana Gov. John Bel Edwards, who tweeted, “Mr. Brooks, the entire state of Louisiana thanks you for your service and we all wish you a joyous birthday.”

The museum has previously hosted parties for Brooks, although the coronavirus pandemic has caused those events to shift to drive-by celebrations for the past two years.

This year’s festivities included a Jeep parade, a live performance from the museum vocal trio and entertainment from New Orleans musicians. The city also recognized Brooks’ birthday with an official proclamation.