Maria Banatao: The woman behind the man

Maria Banatao: The woman behind the man 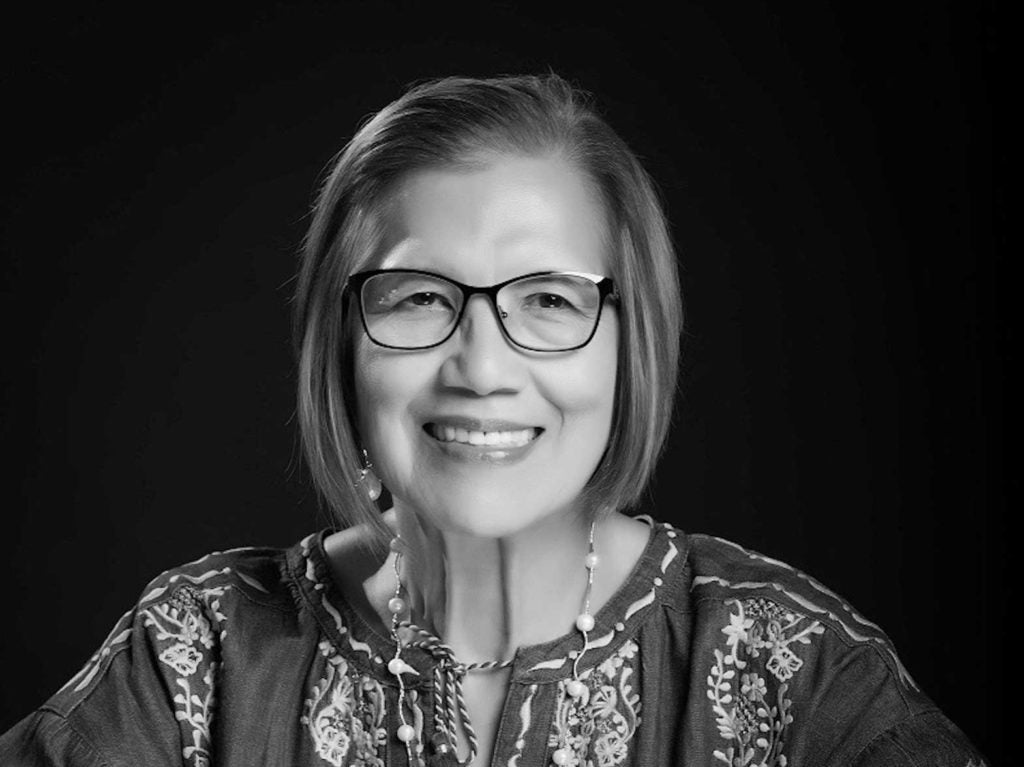 Maria Banatao has a master’s degree in Educational Psychology, Counseling from the University of Washington. CONTRIBUTED

When I texted Maria Banatao that I would like to talk to her in the morning at 11 a.m. New York time – which is 8 a.m. Los Angeles time — she told me that she would prefer to do it three hours later. Why? Because she would be going to Holy Mass at 8 a.m. It was August 26th, and it was the 49th wedding anniversary of Maria and Dado Banatao.

Diosdado “Dado” Banatao is the Filipino tech entrepreneur who innovated several chip designs that revolutionized the PC industry in the late 1980s-‘90s.

He co-founded three start-up companies, S3 Graphics, Chips & Technologies, and Mostron, with some of his products sold to Intel and IBM.  Negosentro.com called him the first Filipino Tech billionaire.  From 2002-2006, he made the Forbes Midas List of venture capitalists making big bets in leading tech companies.

How did they meet?

In 1968, after working for a year teaching after her graduation with a BA in Psychology from St. Paul College in Manila, Maria was on her way to South Carolina with her aunt Tita Femy,  whose son was an enlisted U.S. Coast Guard. 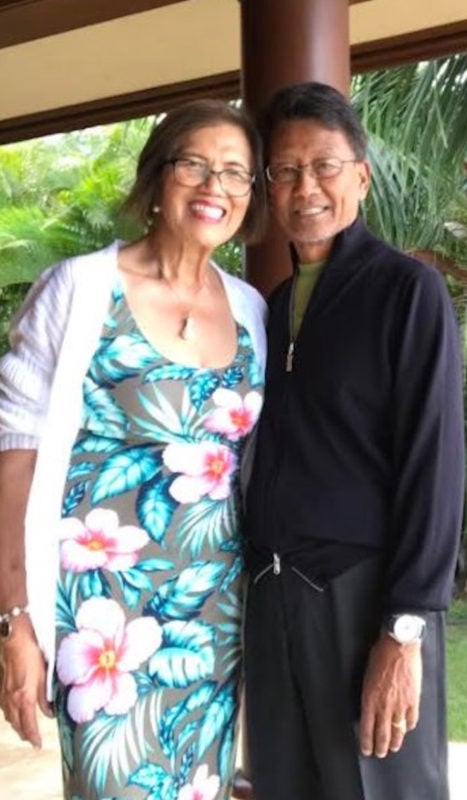 Maria’s father, Roman Cariaga, had a degree in Business from Syracuse University and later completed his Master’s in Sociology at the University of Hawaii. Having lived in the USA for more than 20 years as an American citizen, he joined the Army when World War II broke out. He subsequently returned to the Philippines with Gen. Douglas McArthur and lived back home.

At the age of 18 and after a year of teaching at the high school department of St. Paul, Maria left for the USA. Traveling for the first time and with tickets to go to South Carolina, their port of entry was Seattle, Washington. With a few hours to spare, she and her aunt visited with family friends, the Perena family, in Seattle who convinced her to live with them. She would enroll at the University of Washington where she completed her Master’s in Educational Psychology, Counseling.

It was at a Halloween party where Dado and Maria met in October of 1968. Dado was then working at Boeing as a design engineer for the 747-design team. A graduate of the Mapua Institute of Technology with a BS in Electrical Engineering, he worked a year and a half as a pilot trainee with Philippine Airlines before joining Boeing.

After three years at Boeing, he decided to take a full-time Master’s program in 1971 at Stanford University. His interest in Computer Science led him to design his own masteral program in both Electrical Engineering and Computer Science.

Dado’s Horatio Alger story began in a small barrio in Iguig, Cagayan, the son of a rice farmer, Salvador Banatao and a housewife, Rosita Banatao. His parents enrolled him at Ateneo de Tuguegarao where he excelled despite coming from a small barrio public school. His Jesuit adviser encouraged him to enroll in Engineering at Mapua where he graduated with honors. He also was one of the top finishers in the Board exam.

Their first date was in Dado’s car at the parking lot of Seattle University where he was a boarder. She was a bit taken aback that he just bought orange juice and Twinkies from the dorm vending machine as their meal. Through their long conversation, she got to know him as a down-to-earth guy. She was impressed that although Dado came from humble beginnings, he had big dreams for himself. She knew in her heart that he is passionate enough to do everything to achieve his dreams. 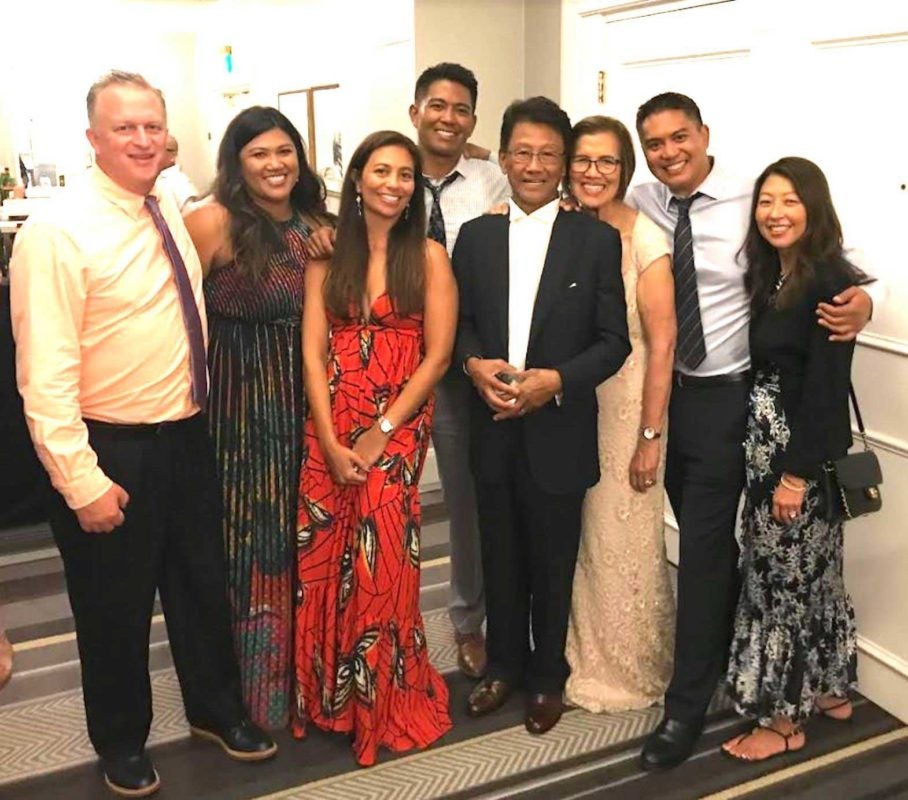 After three years of dating — with a year of being away from each other as Dado was taking his Master’s program at Stanford in California and Maria was working in Oregon as a counselor — they were married in August 26, 1972 in a simple ceremony in Los Angeles.

They have three children: sons Rey, Desi, and daughter Tala. The family has now expanded to include two daughters-in- law, Gabby and Jinah, and son-in-law Thomas, and nine grand-children (six boys and three girls).

Dado was always busy with his career and with his multiple ventures so there were times that Maria had to take on both roles of mom and dad. But, as an ally and partner, she was always supportive and conscious of her role in the partnership.

What is Maria’s secret to a successful marriage?

First: Establish the importance of communications. Each one should be able to tell the other, at the opportune time, whatever is happening in his/her life.

Second: Husband and wife are a team with mutual goals and aspirations for the family. Be supportive of each other and there should be no blame game.

In another year on August 26, 2022, Maria and Dado would be celebrating their Golden Wedding Anniversary. Maria is thankful to God for all the blessings she and her husband have received during these last 49 years and look forward to their growing old together and enjoying their family. @ The Filam