The fire this time and the next

The fire this time and the next 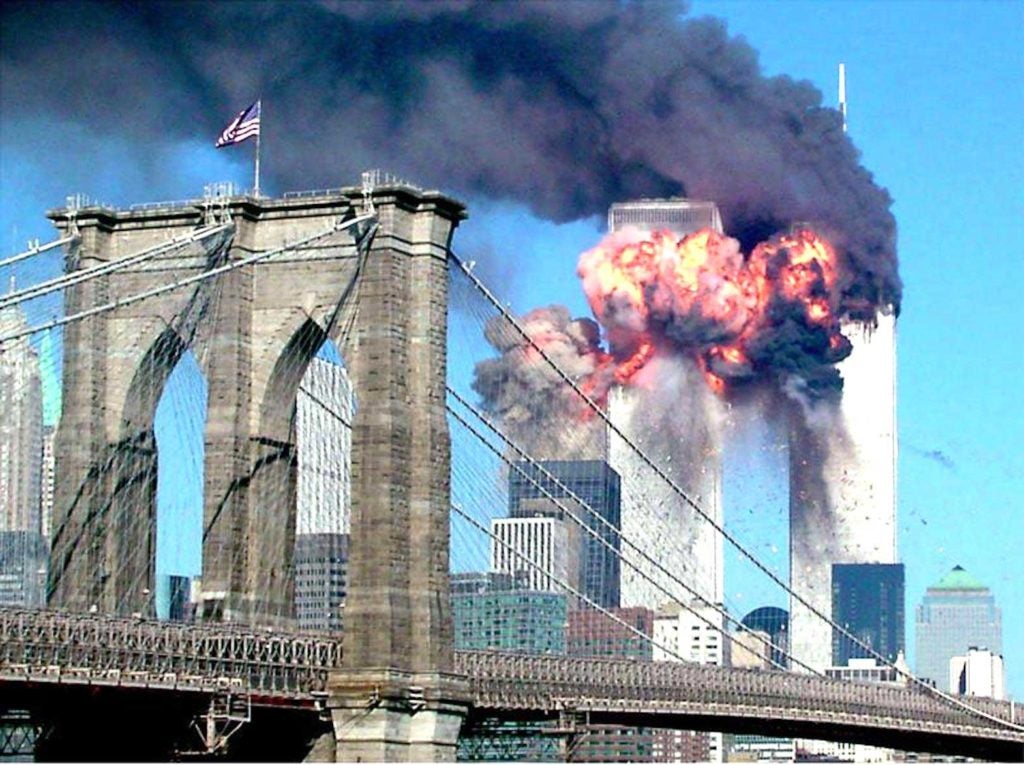 Attacks on the twin towers, 9/11. REUTERS

Equally fierce hurricanes and tornadoes on the East Coast.

Are these upheavals the beginning of what doomsday prophets term the “end times”?

Robert Frost had something to say about this, in a prescient work:

Some say the world will end in fire,

Some say in ice.

From what I’ve tasted of desire

I hold with those who favor fire.

But if it had to perish twice,

I think I know enough of hate

To say that for destruction ice

As lyrical and tightly crafted as the poem is, and with its powerful insight into human nature, I don’t necessarily think that fire and ice can always be so neatly aligned with or limited to certain emotional states. Certainly not with regard to fire. The destruction of the twin towers on September 11, 2001—whose twentieth anniversary we commemorate this Saturday—was by fire, a fire fueled by an all-consuming hate against this country.

And the wars that have since ensued seem to spring from an endless cycle of retribution, the forever-war syndrome, helped along by the Authorized Use of Military Force (AUMF), a bill passed by Congress and signed into law by then President George W. Bush on September 18, a week after the horrific collapse of the twin towers, the crash into the Pentagon, and the planned attack, also by passenger jet, on the US  Capitol—foiled when a group of passengers stormed the cockpit that had been commandeered by the hijackers, leading to that sacrificial crash in Pennsylvania.

The law gives unprecedented war powers to the US president, authorizing the use of all necessary and appropriate force against those nations, organizations, or persons he or she determines “planned, authorized, committed, or  aided the terrorist  attacks that  occurred on September 11, 2001, or harbored such organizations or persons” in order to prevent any future acts of international terrorism against the United States.

In the emotional heat of 9/11, only one lawmaker opposed its passage: Congresswoman Barbara Lee, Democrat from California. Not surprisingly, the lone dissenter received thousands of derogatory emails including death threats.  As has been noted in The Washington Post, the brave solon “was like the mythical Cassandra: Gifted with the ability to predict the future, cursed that no one would believe her. Then came the endless wars in Afghanistan and Iraq, the trillions of dollars and thousands of lives sacrificed, and now the stunning collapse of Kabul.”

AUMF explicitly limits retaliatory military action to terrorist organizations behind 9/11, and not against loosely associated and/or unaffiliated groups. However, for 20 years—the length of time the US has been in Afghanistan in its longest war—the AUMF has been utilized as the justification for US military operations against myriad terrorist organizations globally, at the cost of ruined lives and societies, exactly what Representative Lee was worried about.

And now this Saturday we will witness as we have the past 19 years numerous memorial services, including the recitation of the victims’ names, as is fitting and necessary. In reliving once again the senseless deaths of their loved ones, perhaps the looking back will awaken a larger and more expansive sense of grace and of empathy towards all innocents, regardless of borders, who have suffered grievous injury or loss of life to feed the war machine’s voracious appetite.

In 2011, on the tenth anniversary of 9/11, I wrote this in my column: “[N]ary a mention of other victims of 9/11–victims elsewhere, not at Ground Zero or the Pentagon or in Pennsylvania. Who mourns for the innocent dead of Iraq and Afghanistan, for the civilians in Pakistan killed by drones targeting jihadists? Who prays for them? Who invokes their memory? I am sure there are those who do so in the U.S. and more power to them, but the death tally of the men, women, and children in these countries far surpasses that of the World Trade Center, the Pentagon, and the Pennsylvania crash combined. The body count for Iraqis, civilians and combatants combined, ranges from a low of more than 150,000 to a high of more than a million. For coalition troops, including the U.S., the count is more than 7,000. Estimates of civilian deaths in Afghanistan range between 34,000 and 54,000. Coalition casualties through this year stand at 2,711. The injunction of an eye for an eye has been more than met, and yet these wars go on and people continue to die.

“… And Bush’s Global War on Terror for which they enlisted is itself a war of terror, and certainly one, as I said in the run-up to the invasion of Iraq, of error. The architects of this militarily and morally senseless war in Iraq–shouldn’t they be seen as terrorists? Shouldn’t they be brought before the International Criminal Court in The Hague? Because of their lies and disinformation, because of their macho desire for revenge, their hawkish intent to assert the supremacy of the American eagle, thousands of innocent Iraqi, Afghani, and Pakistani lives have been wasted. The families left behind: what solace do they possess? Their griefs surely are equally demanding of our compassion, we who claim to be moral creatures. Then again, the deaths of people of color, especially foreign people of color, tend to get short shrift in the American popular imagination, vide the Philippine-American, Korean, and Vietnam wars.”