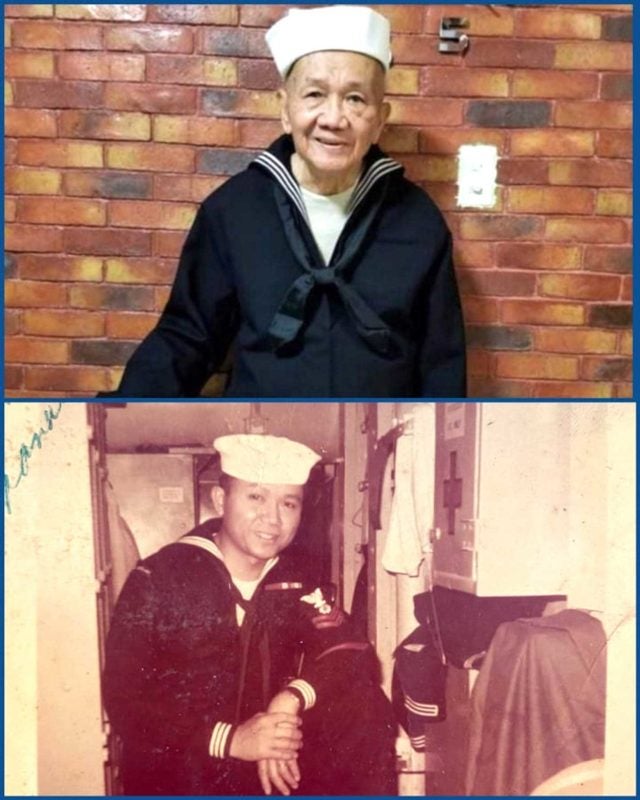 Retired EN6 Novio in 2019 (upper photo), and in an undated photo while in active duty. CONTRIBUTED

Before the break of dawn on Sept. 4, retired United States Navy EN6 (Engineman) Rodrigo S. Novio, 87, was buried in haste at the San Jose Cemetery, in Occidental Mindoro, Philippines.

EN6  Novio, my uncle, had a sterling career in the U.S. Navy for 20 years. He survived World War 2, the Vietnam War and prostate cancer. But not COVID-19. Only his eldest son, Rodrigo, Jr, and strangers clad in protective suits were at his burial.

There was no ceremony commending his service to the United States, no flag draping the coffin, no guards of honor tapping drums, and no volley of shots.  Not even a flower or a candle was offered. It was over in five minutes. They had to follow the health protocols of the Department of Health.

The US Veterans Affairs was informed by EN6 Novio’s son, Ronald, also a veteran, based in Texas. The US Embassy staff in the Philippines could not do anything because of the circumstances of the death. COVID-19 stripped him of a dignified and honorable death.

On Sept. 3, while uncle Rodrigo was in the hospital, our large family, scattered all over the globe, gathered on Zoom to pay our last respects. He was the eldest surviving member of the Novio clan. He was not just a relative, but also the closest link we had to the long history of the U.S .military intervention in the Indo Pacific Region at the start of the Cold War in 1947.

The boy from Central

Rodrigo was barely 12 years old when World War 2 ended. The U.S. forces established a sawmill at Tunnel, Central, Pandurucan (now San Jose, Occ. Mindoro). Before the war, his family lived in the main barrio of Central. His father, Pantaleon, was a medical technician assigned by the health department to eradicate the malaria epidemic in Mindoro. According to his nephew, Norman, the hilly part near the bank of Busuanga River was a camp of the 503rd Parachute Infantry Regiment. 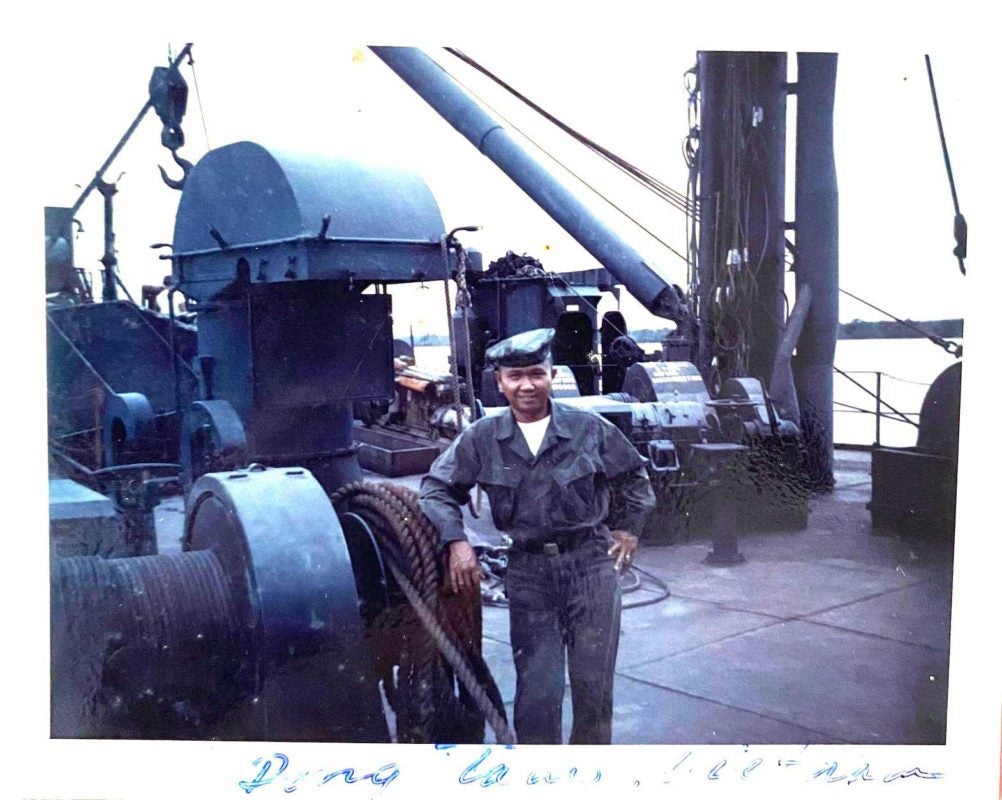 EN6 Rodrigo on board the USS Sphinx during a Tour of Duty in 1967 at the Mekong Delta. The Ship was assigned to the Mobile Riverine Force (MRF) or “Brown Water Navy.” CONTRIBUTED

The young Rodrigo worked as a mess hall apprentice whose duty was to open K-rations for the GIs. The GIs exposed Rodrigo and his elder brother, Addie, to different types of machinery, trucks and tractors. Eventually, the brothers learned how to handle and repair the machines.

In 1953, at the age of 19, Rodrigo joined the United States Navy (USN). The U.S. Naval Force’s recruitment center was in Sangley Point, Cavite.

A 1901 Executive Order signed by President William McKinley allowed the Navy to enlist 500 Filipinos as part of the insular forces assigned to steward duties. The recruitment stopped after the Philippines achieved independence.

Ho Chi Minh’s communist-led victory in Vietnam against the French forces in 1954 ended French rule,  prompting the peace talks in Geneva Conference. The Geneva Accord also established the 17th Parallel dividing the country between North led by Ho and Emperor Bao in the South. With Ho allied with the Soviet Union and Bao with the U.S, American involvement deepened. Starting in 1954, the Navy recruitment of Filipinos was raised to 2,000 a year upon the request of the United States.

Novio flew to the United States to start his training at U.S. Naval Training Center, Bainbridge, Maryland.  He was stationed in New Orleans, San Diego and Subic Naval Base.

In 1957, EN2 Novio was repairing the diesel engines of USS Seminole. In the same year, he became a plank owner of USS Tausig until 1959.  As his rank rose, he manned U.S. ships sailing across the Pacific. He was on the USS Oriskany from 1966 to 1967.

Novio was on board the USS Sphinx in Dong Tarn, Vietnam in October 1967, which was assigned to the Mobile Riverine Force in Mekong Delta. A Good Conduct Award by the Chief of Naval Personnel capped his tour of duty in Vietnam.

Allegiance to the United States

It took 13 years before Novio could take his oath as a U.S. citizen, when the Immigration and Nationality Act (INA) of 1961 was waived, thus “allowing the same naturalization benefits and provided entry into the United States for permanent residence in the United States for members who served honorably at any time from 23 February 1961 to the end of the Vietnam conflict” Previously, naturalization benefits were granted only to veterans of World Wars 1 and 2 and the Korean War.

On September 10, 1973, Novio retired from active service and took residence in his hometown, accorded with the same benefits provided to veterans in the U.S.

“Papa did not have a good career back then due to discrimination. His rank was high for an Asian enlistee, having an Engineman designation instead of the usual steward. Most of the Filipino retirees in the Navy only made it between E4 and E5. He retired as an E6,” Ronald explained.

“Those were tough times, when racism towards other colors persisted.” The discrimination led the Filipinos to form the unofficial “Filipino Mafia,” a network of friendship and camaraderie among compatriots serving in the Navy.

In a small town like San Jose, having an uncle, or a brother like Rodrigo meant PX goods or Made in the USA products like Chuck Taylor, Levi’s, blue seal cigarettes, hotdogs and root beer. But

Rodrigo preferred spending his years in the province farming, fishing and just enjoying his time with the clan. He visited America only once, in 2006, to spend some time with Ronald’s family.

Rodrigo was a member of the Fiddlers Green Enlisted Men’s Club while training in Maryland. The Fiddler’s Green is imagined by sailors as a land of perpetual mirth, song and dance. As the song goes, “The sailor is sitting in the sun and has nothing to do but enjoy his glass and pipe and watch the maidens dancing to the music of a fiddle on Fiddler’s Green.”

Rodrigo is survived by his wife, Nenita, and children, Rodrigo Jr, Nanette, and Ronald.