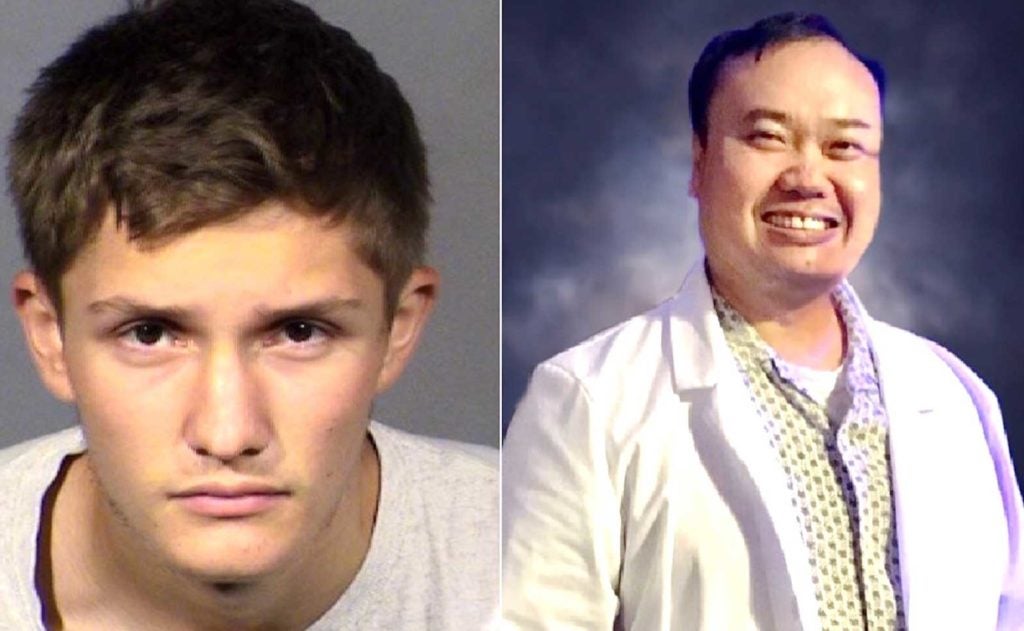 LAS VEGAS — A 16-year-old student fatally stabbed a Filipino man in his home after leaving first period at school, and then returned to class, according to an arrest document of Clark County Family and Youth Services.

Ethan Goin, 16, of Summerlin was arrested and charged in the Aug. 27 murder of Vergel Guintu, 48, of Las Vegas.

Guintu’s wife and mother-in-law were also at home at the time Goin allegedly broke in to the Summerlin residence in the 10000 block of Kenton Place. Detectives and the family said that Guintu was in the kitchen when he heard noise of someone breaking. He went to investigate.

Guintu’s mother-in-law heard another noise and saw an intruder dressed in black with a mask and hood covering the face. She saw a bloodied Guintu lying on the floor. Alerted police and Las Vegas Fire and Rescue arrived and pronounced Guintu dead at 12:45 p.m., according to Fox 5 Vegas.

After speaking to other witnesses, police on Aug. 28, spotted Goin who was apprehended in the parking area of Summerlin Hospital.

Goin told detectives he had left first period at school after he felt he was being bullied. He told them that he did something bad to a person inside the house he broke into. He claimed everything  was a blur, although he knew he had a Karambit knife on him.

Goin was booked in Clark County Juvenile Detention Center on one count of open murder. According to court records, he was denied bail.. His next court date was set for Sept. 9.