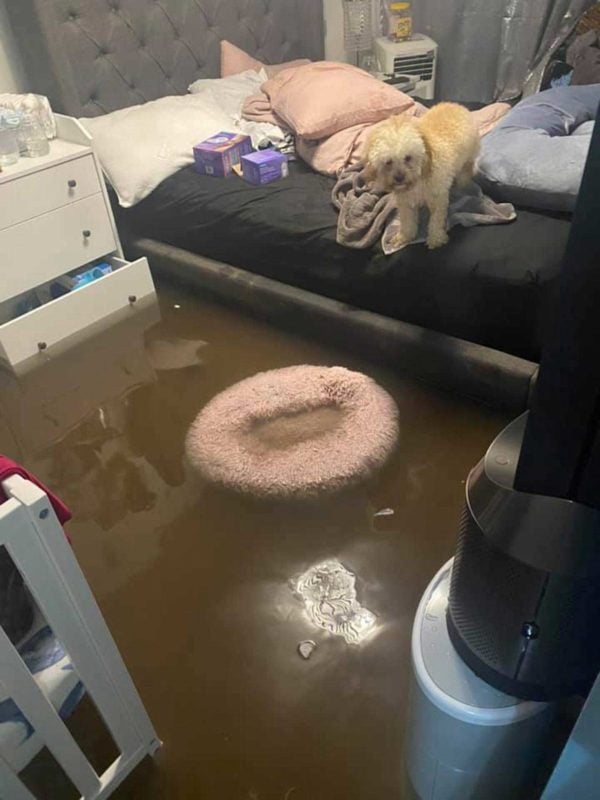 The waterlogged basement of Berniece and Jared Bernabe. She returned the next day, retrieved all moldy baby clothes and washed them. CONTRIBUTED

NEW YORK – Berniece Bernabe was on the homestretch of her pregnancy – 35 weeks — when Hurricane Ida lashed the Northeast and flooded her basement apartment on Grand Avenue in Queens.

“We’re just waiting for the baby then this happened. It was bad,” she said when reached by The Fil-Am. “Everything was floating including our couch and our refrigerator.”

Berniece and husband Jared, an NYPD officer, tried to salvage anything that they could save, including some baby furniture and baking equipment. She has a home-based baking business which she opened when she got pregnant. Her last customer delivery was August. By September, she and Jared were looking forward to becoming first-time parents. 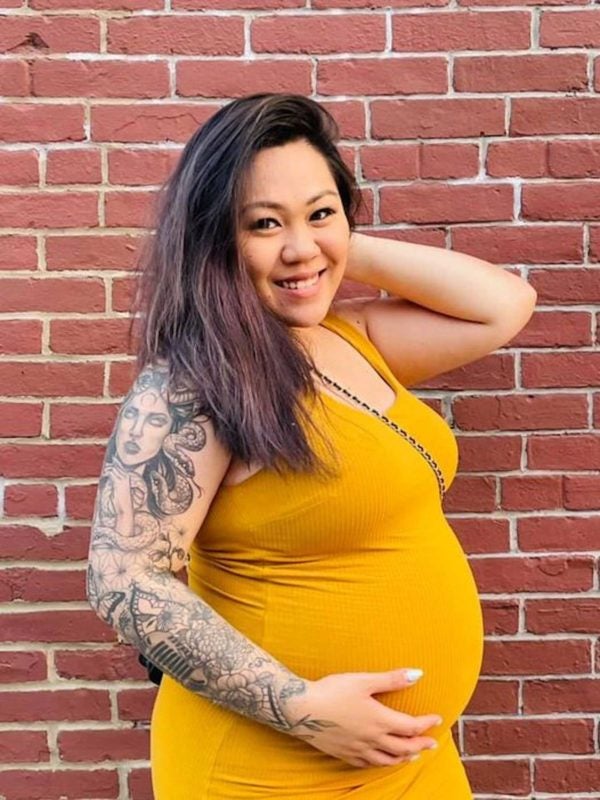 Berniece Bernabe is on the homestretch of her pregnancy when Hurricane Ida struck. CONTRIBUTED

The Bernabes are among an estimated 100,000 New Yorkers who live in basement apartments which The New York Times headlined “turned into death traps” when the remnants of hurricane Ida made its disastrous landfall in the Northeast, submerging parts of New York and New Jersey.

Ideally, basements are not supposed to be rented out, but city housing regulations allow rental of one-family home basements complying with the requirements of the Housing Maintenance Code, which include, according to nyc.gov:

-“There is a minimum ceiling height of 7 ft.

-The walls, as high as ground level, must be damp- and water-proofed if HPD determines that subsoil conditions on the lot require it.

-The basement is occupied by only members of the family or families occupying the dwelling…does not include boarders.

-Every room must have at least one window.

-The bottom of any yard or other required open space cannot be higher than six inches below the window sill of any required window in the room.”

Basements in a two-family home cannot be “lawfully rented if it would result in changing the status of the building to a multiple dwelling (three-family or more) and would require a new Certificate of Occupancy issued by the Department of Buildings.”

The Bernabes have lived in their basement apartment since 2016. It’s a two-bedroom that rents for $1,500 a month. It used to be just Berniece and her mother who lived there, but when she and Jared got married two years later, he moved in with them. It has been a good home for the most part, close to grocery shops and mass transit that allowed Berniece to easily reach families when she worked as a nanny and physical therapy aide. She is also a member of the TOFA Performing Artists.

While looking for a place in the days following the massive flooding, the couple bounced from house to house. They stayed with friends, moved to a hotel, then “squeezed in” with in-laws until they found an apartment of their own. 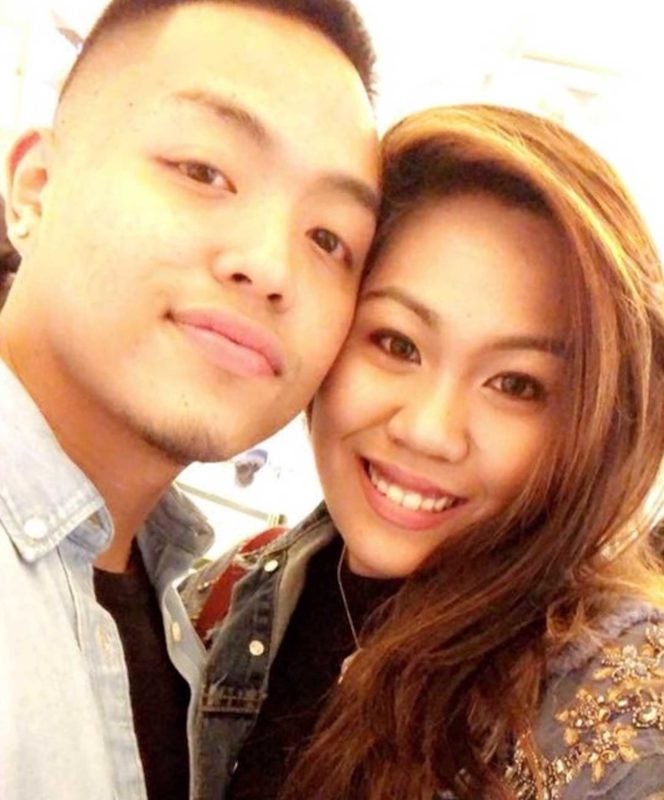 “We just got a new apartment, thankfully,” she broke the good news to The Fil-Am.

The couple is now comfortably settled in their new home waiting for the baby expected in two weeks. A Gofundme campaign is being organized by Little Manila Queens Bayanihan Arts, NAFCON-NE, Migrante, and community leaders Steven Raga and Xenia Diente to provide them some financial support.

Berniece is thankful for all the support from the community. She is also grateful to the NYPD for providing assistance in the form of co-workers who helped the couple move their furniture and other usable stuff. They gave Jared time off to get his family life in order.

Berniece thought she has cried all she could seeing flood waters rising through their basement and swallowing almost everything they owned. Until she came back the following day.