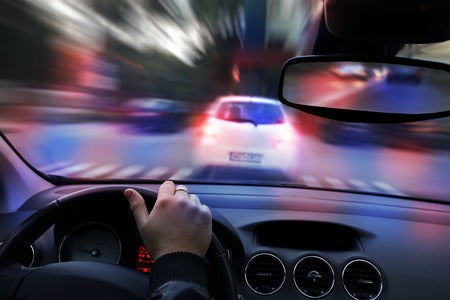 A man running away from authorities in Florida thought he could rely on the help of his “close friend,” none other than United States President Donald Trump. He thought wrong.

WINK News reported that Aric Leon Frydberg from Dallas, Texas was being chased by sheriff’s deputies on Tuesday, after he was suspected of having marijuana in his car. When they tried to confiscate the substance, he put it inside his mouth, quickly fled and called 911.

In the phone call obtained by WFTX, it can be heard that local authorities were trying to calm Frydberg down and asked him to pull over, but he pleaded that they call his mother first.

Frydberg then said that he wanted to speak to Trump: “Donald Trump is a close friend of mine. We made a deal. It wasn’t his fault. It was the Jews who ****** me, not Donald Trump.”

He further rambled in his phone call, saying, “You don’t understand what they did to me in jail, the phobia… I had nightmares, I tried to stay calm. I’m sorry that I was in your neighborhood.”

The suspect then demanded that he wanted sheriffs to face him instead of cops, as he reasoned that cops “pull guns over my face” and put handcuffs on him. “I don’t need handcuffs on me. I’m not a violent person,” Frydberg told the dispatcher.

Later, Frydberg came up with another reason for running away from the cops — he said his mother was in a car accident, and he was speeding to rush to her side.

Deputies eventually stopped Frydberg and charged him with two counts of battery, tampering of evidence, and resisting arrest.

WFTX also reported that police found a glass pipe and leaves on his car, which tested positive for marijuana. Katrina Hallare/JB