TOFA shines spotlight on trailblazing women as it returns to Carnegie

TOFA shines spotlight on trailblazing women as it returns to Carnegie 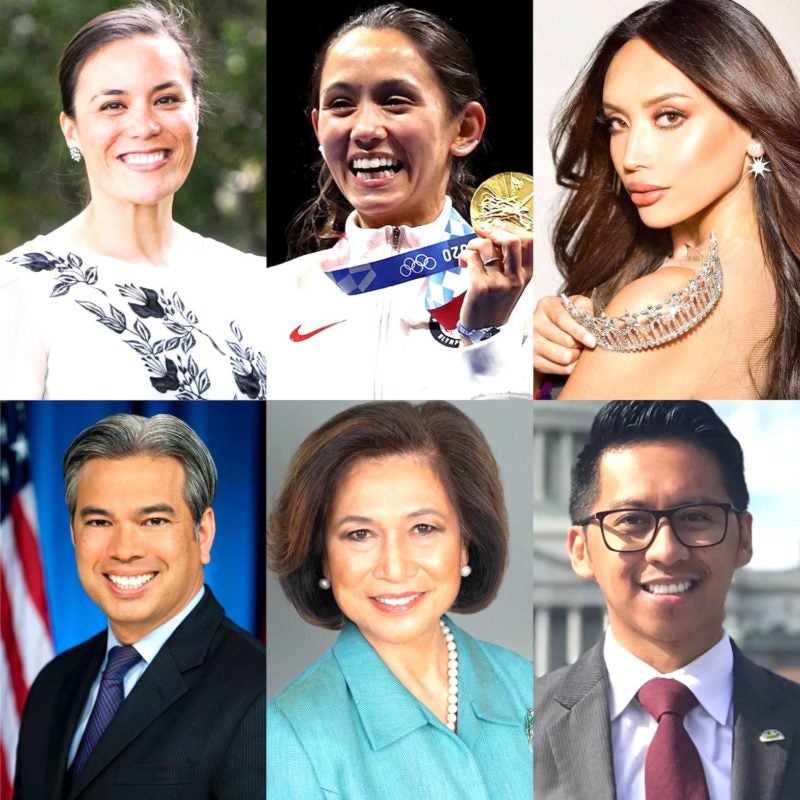 NEW YORK—Women who have made history will be taking center stage as The Outstanding Filipinos in America (TOFA) returns to Carnegie Hall on Oct. 7.

Jones made history as the first gay woman of color to seek public office in Texas, while Enriquez will be the first transgender woman to compete at the Miss USA 2021 pageant this November. Meanwhile, Kiefer is the first Filipino-American and Asian American to take the Olympic gold medal in women’s individual foil fencing and the first-ever in the US to score the gold in the sport’s individual category.

All three are also among the 20 awardees for the 11th Annual TOFA Awards being celebrated this year.

“Breaking the glass ceiling truly resonates in the Filipino American community, and we are proud to also make history this year for gathering these three trailblazing women onto the TOFA stage,” says Elton Lugay, founder and executive producer of TOFA Awards, which is a three-time community grant recipient of NYC Pride. “As always, it is our goal to inspire our kababayans and especially in these pandemic times, to help them find some light amid the darkness of Covid-19,” he added.

Honoring heroes of the pandemic is the theme of the 11th Annual TOFA Awards on Oct. 7 at Carnegie’s Weill Hall. With all venues closed last year due to the Covid-19 pandemic, TOFA presented the 10th Annual TOFA Awards via a virtual show in October last year, at the same time celebrating its 10th anniversary by honoring 100 of the most influential Filipinos in America.

TOFA won a bronze award for the 10th anniversary virtual show from the Telly Awards, the premier award-giving body for outstanding achievements in video and television across all screens. TOFA’s Bronze Telly Award will be featured prominently in this year’s decals to commemorate its own memorable achievement amid the pandemic.

TOFA’s return this year to Carnegie, its home since 2011, will be further celebrated with the launch of its theme song “You are TOFA,” composed by Gene Juanich and to be interpreted by Geo Rebucas with the TOFA Performing Artists.

The live event will be hosted by resident emcee Dr. Boy Abunda, Asia’s King of Talk, who is traveling to New York to headline the premier Filipino American History Month gala.

More than 100 nominations were received from various community organizations and individuals for the 11th Annual TOFA Awards. Though only 20 are advancing to the TOFA stage as honorees, the 100 official nominees will be memorialized in TOFA’s second coffee table book, “100 Stories of Resilience,” slated for publication next year.

Earlier this year, TOFA published its first-ever coffee table book titled “TOFA100: A Celebration of Filipinos in America,” featuring 100 of the most influential and prominent Filipinos across America. The book’s first edition was immediately sold out. The annual staging of TOFA Awards likewise receives invaluable support from community icon and philanthropist Loida Nicolas Lewis, who chairs TOFA’s honorary board; along with honorary board members Jannelle So, host and producer of So Jannelle TV; Ruben and Janet Nepales, Golden Globes executive producers; and Brendan Flores, chair of the National Federation of Filipino American Associations. Lewis and Flores are also confirmed keynote speakers for TOFA night.

An official after-party concert is also slated for Oct. 8 at the Triad Theatre featuring Jaya and Cedric Escobar, who is known among fans as the “Prince of Queens.”

Both Carnegie Hall and Triad Theatre require all patrons to be fully vaccinated and to present proof of such upon entry.

The full slate of 11th Annual TOFA Awards honorees will be announced on Labor Day, Sept. 6.