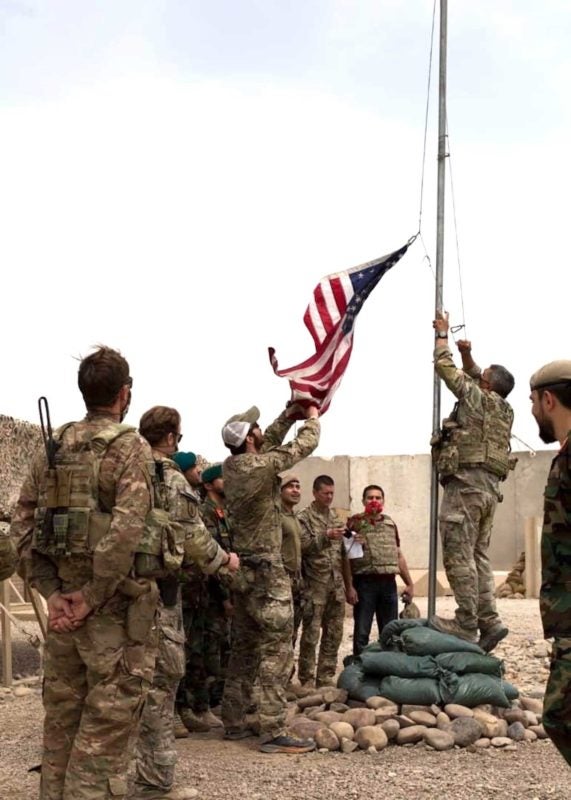 This is one of those times.  When our country loses a war, we become “we.” We weren’t going to get a countdown. Or a ball drop. Surely, there would be no crowds cheering at Time Square to mark this loss in history.

Yesterday at the Pentagon media briefing, someone asked whether the Aug. 31 deadline to leave Afghanistan was Eastern Time in D.C. or Kabul Time? She might as well have added California, Tijuana, or Hawaii time too. It’s a pertinent question for journalists everywhere who need certainty.

Darnit, I’ve got a deadline! Whose Time Zone are we losing in?

Of course, would the Taliban understand a behind schedule Biden or Blinken if upon exiting they declared,  “It’s still Aug. 31st … in American Samoa.”

There was no specific answer given. Just a hem and a haw about the need for less transparency at this strategic moment.  But by 3:30 p.m. Eastern Time on the 30th we knew it was over. That’s when the clock struck midnight Kabul Time, and Aug.31 had arrived. That was it. The last plane out of Kabul.

In this day and age, we capture the moment in social media. This one from the 18th airborne.

On the last day of our last war. The last soldier was out. And we leave with a lousy tweet.

Certainly, there’d be no picture like that famous one of the sailor kissing the girl on VJ Day (Victory Over Japan Day) on Aug. 14, 1945.

So what do we call this day, Aug. 31 in the U.S. The San Francisco chauvinist in me wants to call it “LA Day.”

That could be for “Leaving Afghanistan.” Or “Losing Afghanistan” Day. LA Day doesn’t hurt so bad. It sounds like we might get a side-trip to Disneyland.

But the nightscope shows no fantasy. It clearly captures Major General Chris Donahue, commanding general of the 82nd Airborne Division, walking away and leaving Afghanistan. The country we lost. Where we also lost American lives, more than 2,400, the last 13 just a week ago. Add to that 20,000  wounded service members. And all of it funded by an estimated two trillion dollars the U.S.  “invested” in the effort, that now benefits…. the Taliban?

They are in charge, we think. But no one really knows. ISIS-Khorasan, a/k/a/ ISIS-K, is enemy to the Taliban, and together they are terrorizing each other, as well as the hearts and minds of the country.

The Taliban wants to be modern rulers. They want to keep their iPhones and decent WiFi. They want help from other countries. Are you ready for the Taliban in suits to distinguish them from ISIS-K?

But no one trusts either. Little wonder more than 123,000 Afghans who feared for their lives opted to be evacuated by the U.S.

There are still some Afghans and a few American citizens who remain in the country.  To ride it out?  To see exactly how thoroughly we LA’d?

All the U.S. ever wanted to do was something that wasn’t quite “colonial” or “paternal.” Was it “puppet-master”?

The goal was to defeat the Taliban and install a democratic government–which happened. But it didn’t hold. Soon after the U.S. announced its withdrawal, President Ghani got out of Kabul before we did.

Since the start of the evacuation, most people thought immediately of another war we lost—Vietnam. They reflected on the lessons from that war, and, why we shouldn’t have been there in the first place.

We apparently don’t learn from one “quagmire” to the next.

But the more appropriate war to compare this moment to was another one that we actually won, but would love to forget.

That would be the Philippine American War, the war that came after the Spanish American War and gave the U.S.  the bargain of a lifetime. It  got to buy the Philippines from Spain for $20 million. That’s slightly less than the Green Bay Packers pay NFL star Aaron Rogers.

But the Philippines fought back, declared independence, and engaged the U.S. from 1899 to 1902, though there was guerilla fighting for at least ten years after. More than a million Filipino civilian lives were lost by some accounts. The Philippines became the first U.S. colony, until after World War II, and then by arrangement, the U.S. provided the country the model to form a democracy in its own  image.

It hasn’t been easy running a democracy that doesn’t look like America. There’s been Islamic unrest. Martial law. A Marcos dictatorship, but defeated by a “People Power” democracy that has struggled since. Most notably, the current president, autocrat Rodrigo Duterte, wants to run for vice president to avoid charges from the International Criminal Court for crimes against humanity involving the killing of drug dealers.

At least what’s happened in the Philippines has  all been Filipino. And that’s the point. The Philippines gets to determine its own messy fate. And now so do the Afghans. The ones who stayed.

The fleeing Afghans and Americans

As for the new set of 123,000 refugees, many will become Asian American Afghans (AAAs), since some have family in places like California. But it has yet to be determined where they’ll all go and to which country.

Already there’s a lot of anti-immigration talk from the political right here, which will make settlement of the new arrivals a xenophobic NIMBY issue.

Advice to the conservative xenophobes:  When the South Vietnamese left Saigon, many of the military and professional class stayed loyal to the conservative right. And it transferred over to their kids. Don’t see AAAs as automatically of an ideological bent, left or right. All you know is they aren’t Taliban. Accept them.

A bigger question is for those who were left behind—thousands of allies and collaborators. Some where apparently ghosted, some were left in Afghanistan by accident. Among  them were American citizens, including some dual Afghan citizens. A woman named “Yasmeen” phoned into CNN last night, telling of the confusion in getting the right information, and of where to go with her family at the airport. And now they were stuck.

What were they going to do now? “I don’t know,” she said.

That’s the answer in both the micro sense, and the macro sense.  Afghanistan? No one really knows what’s next.

Emil Guillermo is a journalist and commentator. He writes a column for the Inquirer.net’s North American Bureau. Listen to his podcast “Emil Amok’s Takeout.”  He vlogs on Facebook @emil Guillermo.media and at www.amok.com