From Victims To Survivors was featured at the Regina International Film Festival. CONTRIBUTED

The documentary, Balikbayan: From Victims to Survivors, premiered in Edmonton and won an Audience Choice Award.  The film is now part of the Regina festival.

One of the promises Jon Jon Rivero made to his father before the latter died in 2002 was that he visit the Philippines, which they could not do at the time due to financial difficulties.

Some four years later, Rivero had the chance to travel to the Philippines with a hip hop Filipino performing arts troupe that combined both contemporary and folk music and dance. “And it changed my life,” Rivero told Morning Edition.

He noticed children trying to get the troupe’s attention after performances. Some had no clothes but had an eager spirit.

“Some of them were doing head spins on the concrete. And honestly, I was just blown away. They’re teaching me a lot more about resilience than I could ever teach through my hip hop and, you know, my privileged life,” he told Morning Edition. 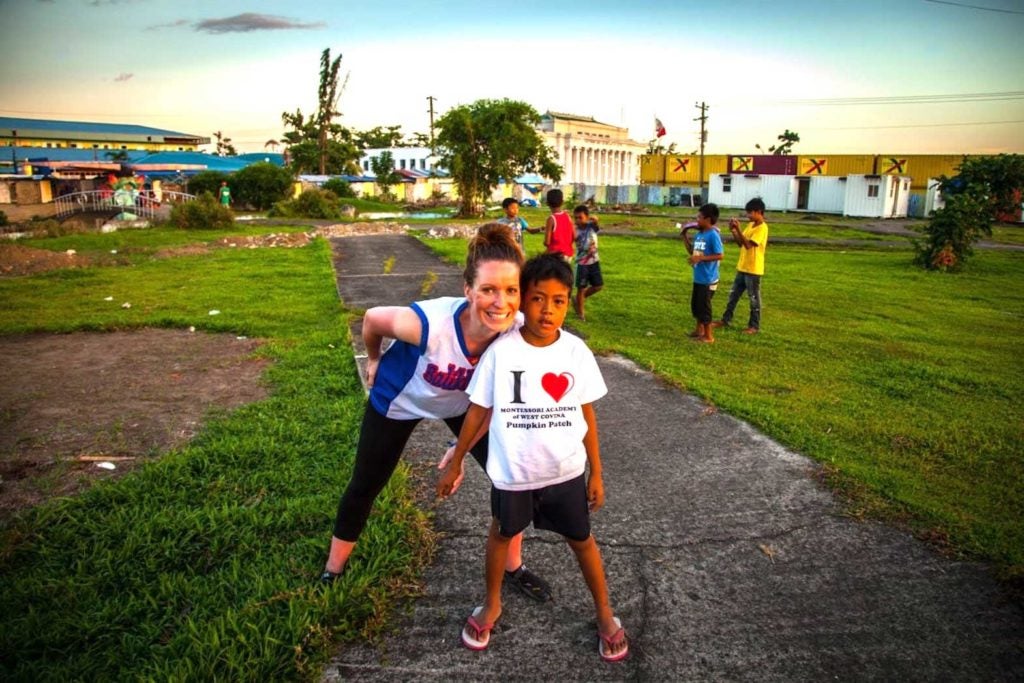 Jon Jon Rivero’s wife, Paula Audrey Rivero, joined him on the trips to the Philippines. She is a social worker, a certified trauma specialist and co-author of our children’s book My Name Is Trauma. CONTRIBUTED

An occupational therapist and hip hop dancer, Rivero in 2007 linked up with Streetlight Philippines, which runs an orphanage. Rivero started giving music lessons and mentoring, going back every couple of years with a team of volunteers, including his wife, Paula Audrey River, a certified trauma specialist and author.

He felt it was what his father and mother wanted him to do.

WolfCop producer Bernie Hernando suggested doing a documentary, and they took several trips to the Philippines to shoot films.

Wj Typhoon Yolanda/Haiyan struck the central Philippine islands, Rivero learned that most of the kids he worked with survived, but he was told by Streetlight that the kids needed dancing and singing to help with their trauma.

Rivero decided on the youth’s resilience and the strength of Filipinos as the focus of the documentary. He continued filming the trauma workshops from 2014 to 2019.