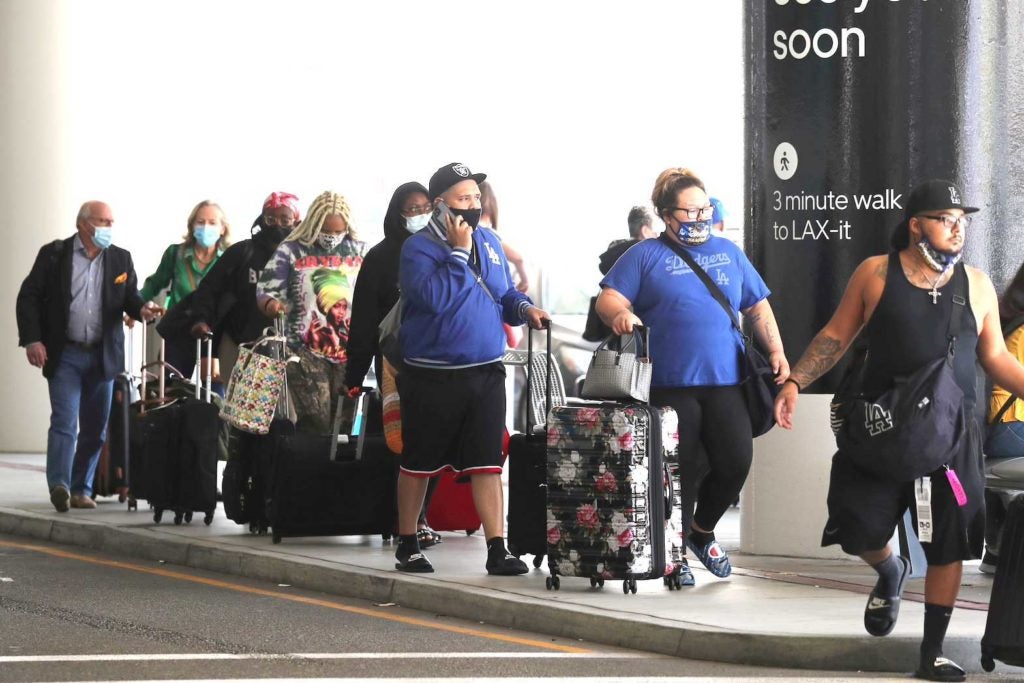 WASHINGTON – The Federal Aviation Administration said Thursday it was proposing $531,545 in civil penalties against 34 airline passengers over unruly behavior, bringing its total for the year to more than $1 million.

The United States has seen a significant jump in reported cases of passengers causing disturbances on airplanes. Numerous videos of confrontations have drawn wide public attention on social media.

Since Jan. 1, the FAA has received 3,889 reports of unruly passengers, including 2,867 reports of people refusing to comply with the U.S. federal face mask mandate.

In total, the FAA has proposed more than $1 million in fines this year for unruly passengers.

On Tuesday, the Transportation Security Administration said it would extend existing mask requirements for airports, airplanes, trains and transit hubs through Jan. 18.

This month, FAA Administrator Steve Dickson asked U.S. airports to assist in the effort to crack down on disruptive air passengers. In March, he indefinitely extended a “zero tolerance policy” on unruly air passengers.

* $45,000 against a JetBlue passenger flying from New York to Florida in May, over throwing objects, “including his carry-on luggage, at other passengers; refusing to stay seated; lying on the floor in the aisle, refusing to get up, and then grabbing a flight attendant by the ankles and putting his head up her skirt.” The passenger was placed in cuffs and the flight made an emergency landing in Virginia.

* $42,000 against a JetBlue passenger on a May flight from New York to San Francisco, over failing to comply with the face mask mandate and other misbehavior including “making stabbing gestures towards certain passengers; and snorting what appeared to be cocaine from a plastic bag, which the cabin crew confiscated.” The flight diverted to Minneapolis, where police removed the passenger.

* $30,000 against a Frontier Airlines passenger on a January flight from Atlanta to New York who during deplaning “attempted to gain entry to the flight deck by physically assaulting two flight attendants, threatening to kill one of them, and demanding them to open the door.”