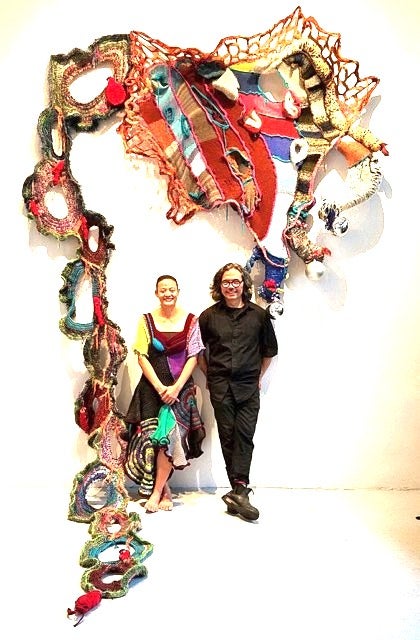 Meet New York-based Ged Merino, an artist who never thought of becoming one. He does not join art competitions, yet he has become a celebrated artist.

As a child, Ged’s inclination towards arts was developed thanks to his parents.  His mother’s creativeness emerged in repurposing or reusing materials, like old sacks transformed into other objects; while his father, a natural storyteller, took him and his siblings to the farm during weekends to explore.

“I loved to draw. My father bought me art materials. My mother took me to art classes,” Ged recalls.

Later, Ged found his calling. He took fine arts at Philippine Women’s University (PWU) where he became a student of Manuel “Boy” Rodriguez Jr., a multi-awarded artist who became his mentor. Boy Rodriguez is the son of the “Father of the Philippine Printmaking,” Manuel Rodriguez Sr.

In 1987 Ged was awarded the Jackson Pollock Memorial Scholarship to study at Arts Student League in New York. While studying, he apprenticed with Rodriguez’s brother who worked on mono prints. His plan to stay for only a year abroad became permanent.

After taking a printmaking class, Ged started experimenting. For quite some time he painted and worked with printmaking and textiles.

“After four months, I met a gallerist in Chicago and later in Soho who later represented me,” Ged explains.

The art scene in New York was very different in the late ‘70s, say Ged. Graffiti art and messages such as AIDS awareness were splashed everywhere, including subway cars. Bronx-born hip hop music was an anthem, while SoHo became the meeting place of artists including Andy Warhol, who influenced the Pop Art movement. 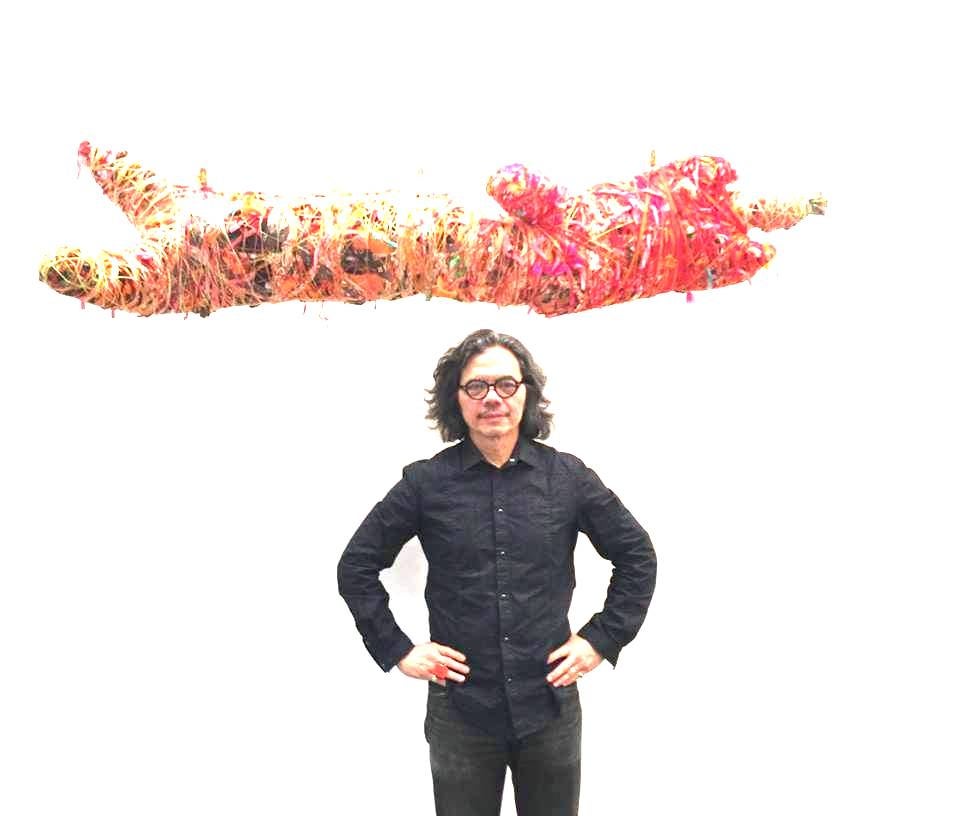 Ged assimilated in the changing art scene in New York, making him understand the good and bad sides of the city.  He says that the thousands of artists from all over the world, including local artists, make the art scene robust with various forms and disciplines

Ged is currently working on textile-based works augmented by painting and printmaking and sculpture, a medium that is not much explored yet.

New York has been an artists’ haven but does not have enough space to accommodate talented emerging artists.

“Around 2009 I started meeting a lot of local artists, including Pinoys who lived and worked around or near my studio. I realized, especially for Filipino artists, there were not really many places that they could present work,” Ged says.

In October 2011, Ged launched the Bliss and Bliss Art Projects, an alternative art space for emerging, mid-career and established contemporary artists where they can create and exhibit their works. His wife, Carolina, is the co-founding director.

Although it was difficult from the start due to lack of funds, support from family and the Filipino art community started coming in. Among the prominent artists who are supporting Bliss are Alfredo and Isabel Aquilizan, Lav Diaz, and New York-based writers Jessica Hagedorn and Ninotchka Rosca.

When an artist applies to hold an exhibit, Ged and a committee of artists evaluate the applicant’s portfolio to ensure that only quality works will be exhibited. Prominent Filipino artists like Noel El Farol, Mervy Pueblo, Jeho Bitancor, Bob Nuestro, Eric Zamuco,  Mideo Cruz,  Luis H. Francia and Jojo Austria have done exhibits at the Bliss.

“Bliss is Filipino-centric and cross-cultural. Artists, writers and musicians meet up and have dialogues, sometimes leading to collaborations. I have also witnessed how some artists develop new work. We had a jazz band perform before they released their CD, to get inputs from the guests. It is an intimate space where both artists and guest interact freely,” Ged explains.

Every artist has a strong attachment to his/her work and oftentimes finds it difficult to price an artwork. Hence, a gallery assesses each work for the price. Usually, established artists command high prices, but Ged has seen emerging artists sell out most of their works even before the exhibits started.

Ged does not charge the artists or ask for commission when an artwork is sold.

“I just ask them to be in charge of the reception and everything they need for their exhibits,” he explains.

He does not believe in the “starving artist” stereotype. He stresses that many artists work because they love what they do and selling is not the only goal.

“Artists must understand the business side of their work. It is a useful skill that today I might say being an artist is a fulfilling job,” Ged says.

Ged recently collaborated with Aze Ong, a Philippine-based artist who uses crochet as a medium. They exhibited in a group show at The Drawing Room Contemporary called “Common Threads.”

In October 2016, they launched “The GedAze Project” with a show at Bliss on Bliss Art. They had five collaborative shows in 2017, four in Manila and at Topaz Arts NY entitled “Open Threads” last September 16-October 28.

Despite having been an artist for decades, Ged still feels like “starting again” whenever he travels and has exhibits in any country.

“Traveling enriches my experiences, which translates into my art. Being open to learning no matter what stage in your career is essential to one’s developments,” Ged concludes.

Ged Merino is set to do series of exhibitions in Manila with the GedAze Project with Aze Ong in January 2018.