Filipinos in New York urged to ‘Bring Home a Friend’

Filipinos in New York urged to ‘Bring Home a Friend’ 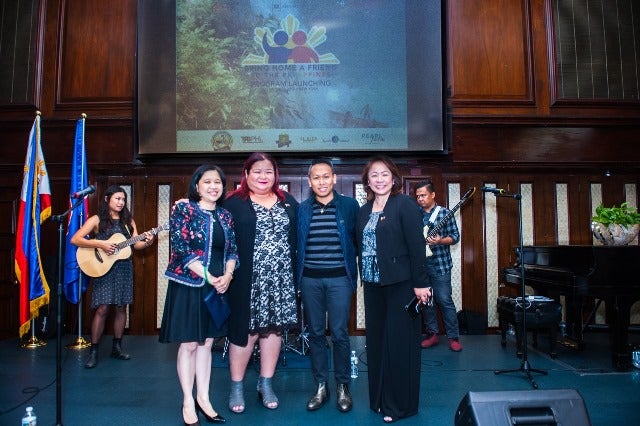 The official BHAF campaign video featuring popular Filipino actor Piolo Pascual was shown for the first time in the US Northeast at the Philippine Center on October 30.

The evening’s guest of honor Tourism Undersecretary Katherine S. De Castro encouraged the overseas Filipino community and all the Philippines’ friends in media and the travel industry to join the BHAF program and invite their friends and colleagues to experience the Philippines’ firsthand.

De Castro noted the plaudits that the Philippines’ most popular destinations such as Boracay, Palawan and Cebu, continue to earn from international visitors.

Tourism Representative Purificacion Mollintas explained the mechanics behind the BHAF program and the many incentives and prizes for those joining the Philippine government’s tourism efforts.

Under the BHAF, Filipino passport holders overseas could register in the program and have the chance to win various prizes when they are able to invite a non-Filipino friend to visit the Philippines.

Consul General Theresa Dizon-De Vega urged the guests to be in their own way Ambassadors for the Philippines in their respective communities and workplaces.

A performance from popular Filipino American singer Martina San Diego and her band made the evening launch even livelier. Filipino food prepared by Chef Aris Tuazon of New York’s Ugly Kitchen and signature Philippine drinks such as Tanduay Rum and San Miguel Beer washed down the goodies.

The Bring Home a Friend Program runs from October 15, 2017 to April 2018. Details may be found at www.bringhomeafriend.online. The program’s main proponents are the Department of Tourism, Tourism Promotions Board and the Tourism Infrastructure and Enterprise Zone Authority with the support of Duty Free Philippines, Philippine Airlines, Megaworld, Toyota, JPark Island, El Nido Resorts, and Pearl Farm Beach Resort.