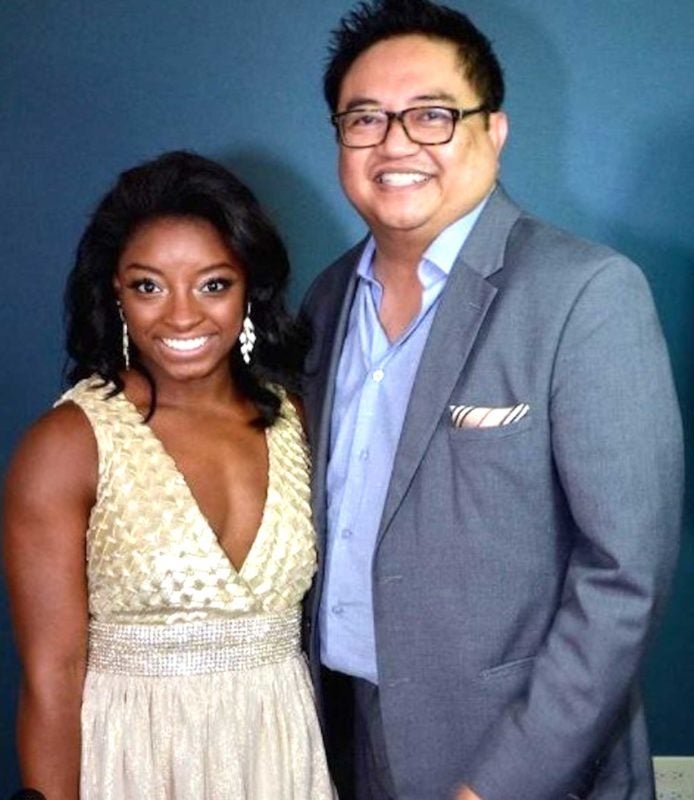 When Simone Biles pulled out of the Olympics competition for gymnastics, Hollywood fashion designer Alexis Monsanto was one of many who wished her well and cheered her on.

Biles was one of Monsantos’s favorite clients. He saw “the first female African American all-around world champion” up close and understood what she may have been feeling during her tough time at the games. Some have characterized her retreat as a case of a mental health episode, but Biles has portrayed that wildly reported moment as “not having your mind and body in sync.”

She was in Monsanto’s thoughts as he followed the Olympics, cheering Filipino athletes as well as Biles. “She is just human and a beautiful one! I truly support her decision. She has to take care of herself first and I admire her for this decision,” he said.

Monsanto has dressed Biles in three Hollywood red carpet events. They met in 2017 when he was “handpicked” by a Hollywood Foreign Press Association member to dress up the multi-medaled athlete. “She was attending the Golden Globes after winning several gold medals at the Rio Olympics,” he recalled.

After that, in Summer she got invited to the ESPYS to receive the Female Athlete of the Year Award in 2017 and to Nickelodeon for the Kids’ Choice Awards in 2017. Throughout her huge moments, she turned to the Jimenez, Misamis Occidental native’s exquisite gowns and formed a close bond with him. 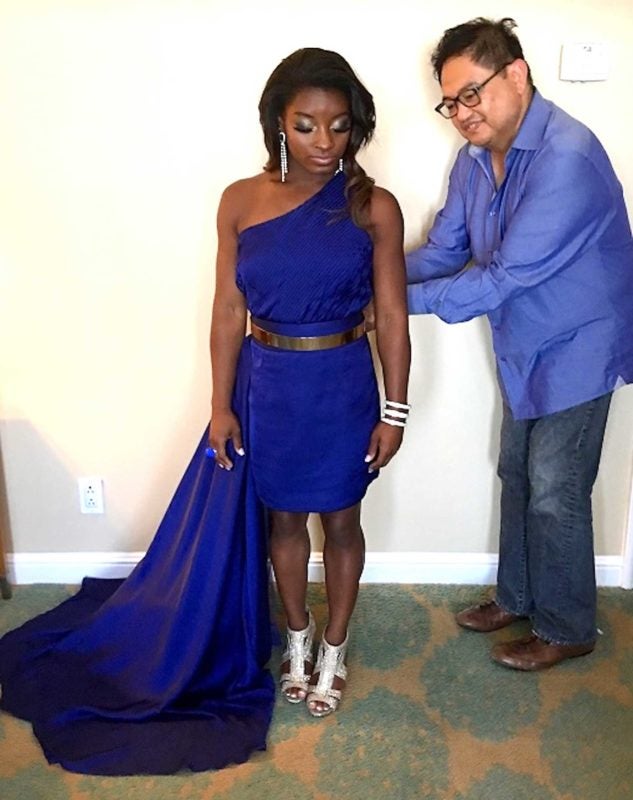 Biles’ electric blue dress worn to the ESPYS had a detachable silk train. Note the gold chrome belt. Monsanto’s creations got coverage in both TV and print media. INSTAGRAM

“We started corresponding via email a week prior to her arrival in Los Angeles. She is a kind, gentle human being and very appreciative. She has always been very kind and polite,” was his recollection of the Ohio-born champion. Two years prior, she was named Olympic Athlete of the Year by the United States Olympic & Paralympic Committee (USOPC).

Monsanto knew Biles to be a celebrity athlete and was bracing himself to meet someone demanding and difficult. Biles turned out to be anything but. 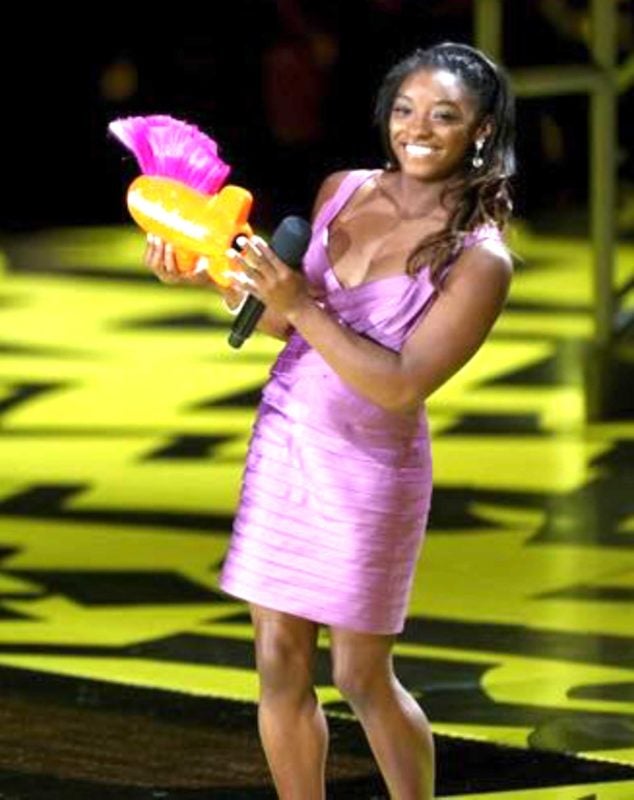 The gymnastics champion wore a magenta bondage dress to the Nickelodeon Kids’ Choice Awards. It was made of layers of bias cut stretch silk chiffon crisscrossing from the bust all the way to the hem. INSTAGRAM

“She was the sweetest and the kindest,” he said.

The meetings and fittings became episodic huddles between designer and client.

“I sent her images of different designs and style line via email ahead of time. She saw my work and craftsmanship and liked it right away,” he said. “It was (during) the ‘getting to know you’ stage. She shared with me that her crush Zac Efron made a surprise ambush to the U.S. Gymnastic team in Rio. She also talked to me about her ‘Dancing with the Stars’ experience during rehearsals. She had me sit next to her parents in the studio set watching her dance and compete for the Mirrorball Trophy.”

“When we met in person, she browsed the best three and decided to try on the gold and said ‘yes’ to the dress!” Her mother Nellie and PR manager were involved in the selection process. He remembers designing for a petite 4’8”, well-toned girl with great upper body muscle features.

Monsanto graduated with honors from the Otis College of Art & Design, a private school in Los Angeles. His education came with a scholarship grant from Textile Association of Los Angeles.

In 2011, he opened his own design studio Alexis Monsanto Atelier, on West Hollywood’s highly coveted Melrose Avenue, a “walking, shopping, peering-into-windows street,” according to an article in The New York Times.

He has been designing for private labels in the 1990s under such names as Miken Clothing, Fluxus, Artisan De Luxe, and Ron Herman Vintage. His creations in collaboration with various brands have been sold at major retailers across the country. He creates dramatic red-carpet and bridal gowns, as well as evening wear and formal pieces.  He consults and continues to design clothing that are sold in Nordstom and Neiman Marcus.

Biles is only one of his many celebrity clients. “It was such a huge honor. She is such a young and inspiring role model,” he said. © The FilAm 2021