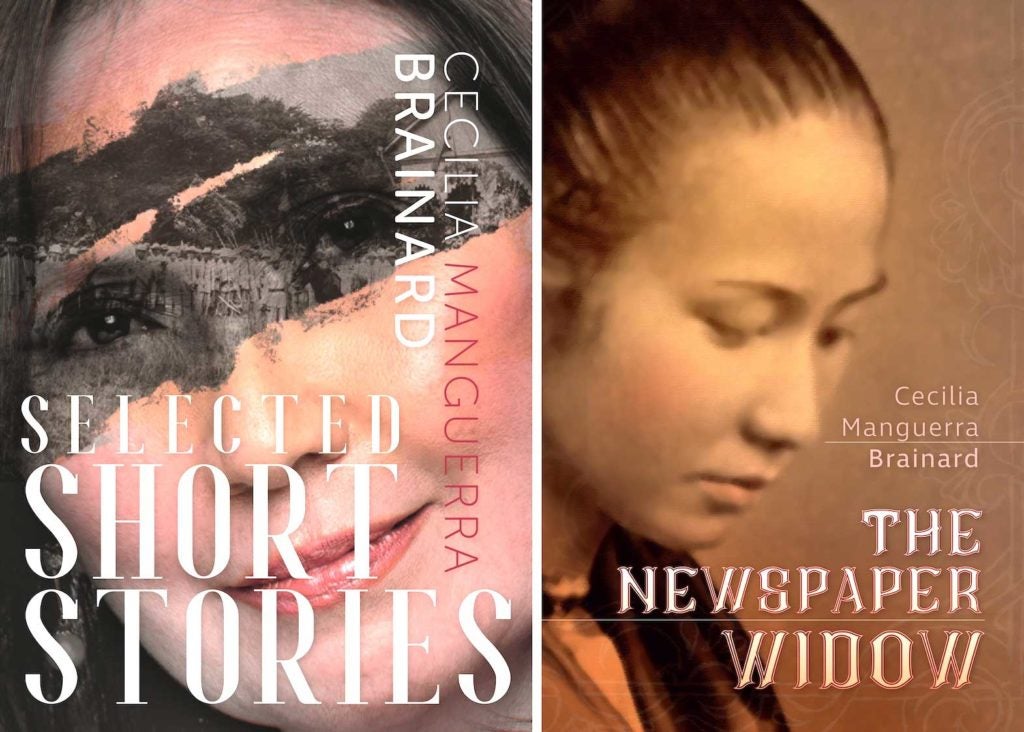 The reason for coming out with this collection was a matter of providing access. “Some of the stories are from earlier anthologies that are out of print or hard to find,” explains Brainard. “I have met many teachers and students looking for these books.”

“Many of these stories are part of their curriculum. My Philippine publisher encouraged me to do a collection that included the strongest stories.”

Selected Short Stories, the cover of which features a work created by noted Filipino artist Felix Mago Miguel, includes her popular works such as “Flip Gothic” and “Romeo” including recent pieces like “The Syrian Doctor in Paris.”

The oldest piece in the collection is “Woman with Horns.” Set just after the tumultuous Philippine-American War, widow Agustina Macaraig, who is rumored to have horns, encounters a doctor from New York sent to “the islands” to help stop a cholera epidemic. She heals the doctor in other ways.

The most recent work is “Melisande in Paris,” whose protagonist is a featured character from one of Brainard’s novels. Set in Paris, there is also a doctor involved in this story. Brainard explains that this episode helps explain how the title character ends up in The Newspaper Widow.

The novel, also set during the American occupation of the Philippines, begins with the discovery of a dead priest in a creek. In order to clear her son’s name and free him from prison, Ines Maceda and her French friend have to solve the crime. She also has to run her recently deceased husband’s newspaper business while she’s at it.

Real life and real individuals are rich sources of prompts for Brainard’s work. The occupation of Ines Maceda was inspired by none other than her maternal great-grandmother. “Remedios Diosomito Lopez was said to be the first woman publisher in the Philippines.” Although now based in Log Angeles, Brainard grew up in the port city of Cebu, which inspired her to create her mythical setting, Ubec. The setting, “which echoes the Santo Niño Church, triangular Spanish fort, and old buildings and streets of the real Cebu,” appears in all three of her novels and other works.

She moved to the U.S. to do graduate work in filmmaking and later focused on writing, which “suits her individualistic personality better.”

“It is difficult to calculate how long it takes to write any novel because it’s a stop-and-go process, at least for me. It’s a different process from writing non-fiction that can be outlined.

“I wrote a draft of The Newspaper Widow during National Novel Writing Month (which challenges writers to produce 50,000 words of a novel in November). Then I spent maybe another three to four years tinkering with it.”

In addition to The Newspaper Widow, Brainard’s other novels include When the Rainbow Goddess Weptand Magdalena.

“I don’t have a regular schedule as some writers have; I have family and many other projects going on like art and gardening, among others.

“I need to place myself in a master workshop so that I am able to carve out the time to write.  When I’m in that workshop and I’m told I have to submit 10 pages next week, I will do it.”

When Brainard is not busy crafting her own pieces, she is hard at work nurturing other voices. She edits fiction and nonfiction anthologies of works by Filipino American writers.