Some of the late baseball star Willie McCovey’s memorabilia. SCREENSHOT

SAN FRANCISCO – Estela Bejar McCovey, widow of San Francisco Giants icon Willie McCovey, is putting up his collection of baseball memorabilia for auction, saying, “It’s time these go to people who will really take care of these things.”

The Willie McCovey Collection, featuring 210 lots of some of the most desirable baseball memorabilia, is the centerpiece of the auction, according to the San Francisco Chronicle.

Willie McCovey and Estela Bejar met in 2010, when she worked as his rehab nurse while he was recovering from his fourth back surgery. He had already been wheelchair-bound by the time they met. They were married at the Giants ballpark on Aug. 2, 2018, and she still speaks of him in the present tense.

She told the Chronicle that  McCovey kept everything he ever won or was given – the 2012 San Francisco Giants World Series championship ring to the first baseman’s glove he used from 1975 until 1980, from the regal “Babe Ruth Crown” he received in 1982 to the battered batting helmet that survived three years taking cuts as a Giant. “He never threw anything away – even used nails.” 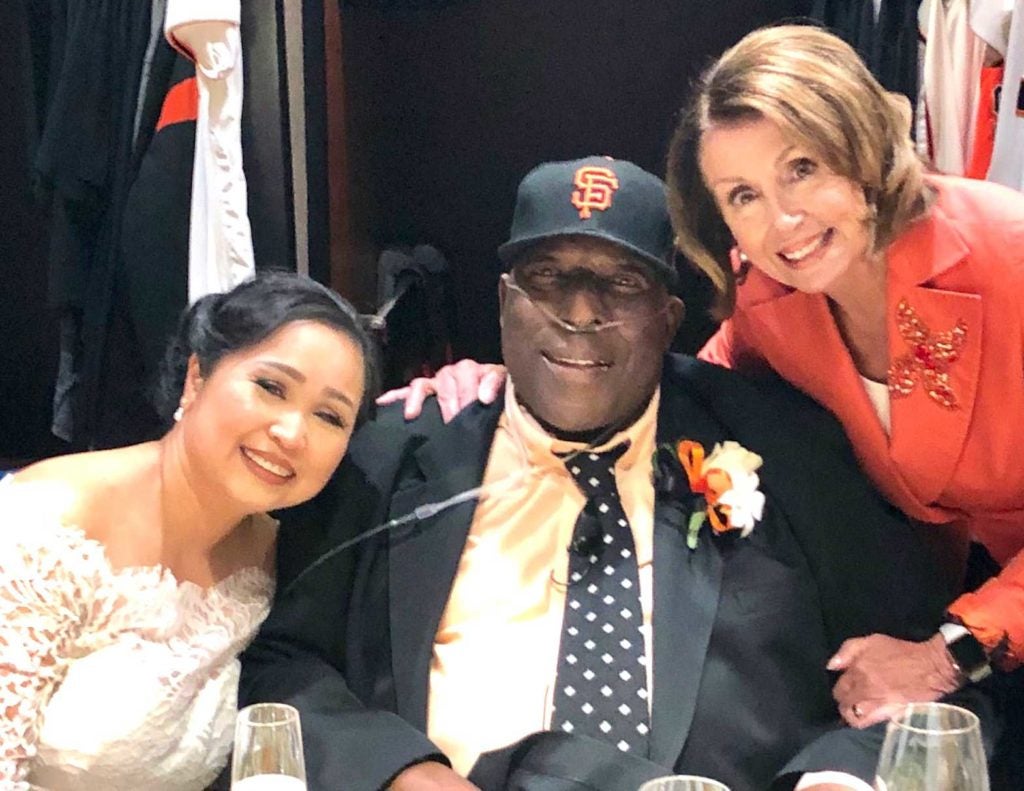 The collection will be made available at Heritage Auctions’ August 21-22 Summer Platinum Night Sports Auction. Some items are now on display at the National Sports Collectors Convention.

The  San Francisco Giants honored him on several times starting in 1980, when the team retired his No. 44 to mark his final season. The team also awards players the Willie Mac Award for the most inspirational player. A statue of the baseball star stands in front of the Giants’ ballpark beside McCovey Cove, a part of San Francisco Bay.