Faced with mounting legal pressures and demands for his departure from President Joe Biden and others, New York Governor Andrew Cuomo resigned on Tuesday following an inquiry that found he sexually harassed 11 women.

In a televised, 20-minute address, Cuomo, 63, said his resignation would take effect in 14 days, a startling downfall for a man once seen as a possible U.S. presidential contender.

A Democrat who had served since 2011 as governor of the fourth most-populous U.S. state, Cuomo made the announcement a week after New York Attorney General Letitia James released the results of a five-month independent investigation that concluded he had engaged in conduct that violated U.S. and state laws. 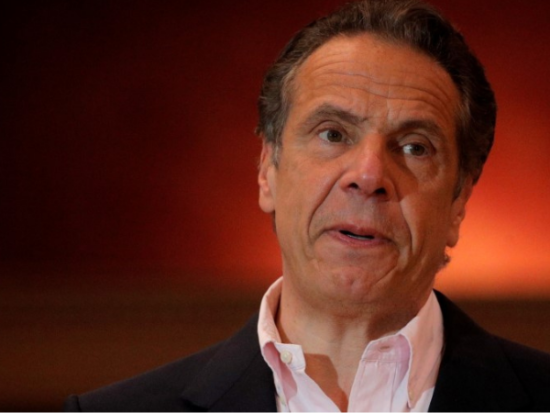 Cuomo again denied any wrongdoing, though he said he accepted “full responsibility” for offending the women through what he characterized as ill-conceived attempts to be affectionate or humorous.

He said he had concluded that fighting the accusations while remaining in office would paralyze state government and cost taxpayers millions of dollars at a time when the coronavirus pandemic still poses a major threat.

“I think, given the circumstances, the best way I can help now is if I step aside and let the government get back to government – and therefore that’s what I’ll do,” he said.

The investigation, detailed in a 168-page report, found that Cuomo groped, kissed, or made suggestive comments to women, including current and former government workers – one a state trooper – and retaliated against at least one woman accused him of sexual misconduct.

Lieutenant Governor Kathy Hochul, 62 and a Democrat from western New York, will take over as governor of the state of more than 19 million people until the end of Cuomo’s term in December 2022 as outlined in the state’s constitution, becoming the first woman to hold the post.

Cuomo’s resignation marks the second time in 13 years that a New York governor has stepped down in scandal after Eliot Spitzer quit in 2008 over his patronage of prostitutes. Cuomo also became the latest powerful man taken down in recent years following the rise of the #MeToo social movement against sexual abuse and harassment that has shaken politics, Hollywood, the business world, and the workplace. 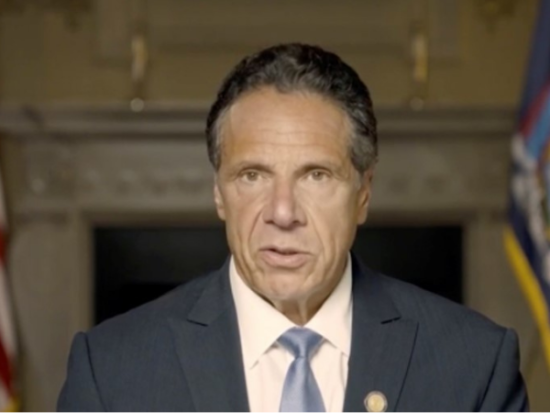 New York Governor Andrew Cuomo makes a statement in this screengrab taken from a pre-recorded video released by the Office of the NY Governor in New York, U.S., August 3, 2021. Office of Governor Andrew M. Cuomo/Handout via REUTERS

His resignation spared Cuomo from possible removal from office through impeachment proceedings in the Democratic-controlled state legislature, which appeared overwhelmingly likely as lawmakers abandoned him in droves.

Cuomo was elected to three terms as governor, as was his late father, Mario Cuomo. He previously served as U.S. Department of Housing and Urban Development secretary from 1997 to 2001 under former President Bill Clinton.

Like his father, Andrew Cuomo never ran for president despite speculation about his possible ambitions. He was hailed as a national leader last year early in the COVID-19 pandemic after delivering daily news conferences as his state became the U.S. epicenter of the public health crisis.

The civil investigation found that the actions of Cuomo and his senior advisers violated multiple state and federal laws, but James did not pursue criminal charges.

However, local prosecutors in Manhattan, Nassau County, Albany County, and Westchester County said after the report’s release that they were looking into the matter and requested evidence from the independent inquiry.

Last week, one of Cuomo’s accusers, Brittany Commisso, filed a criminal report with the Albany County sheriff’s office, claiming that the governor groped her breast at the Executive Mansion in Albany last November. The sheriff told reporters his office would conduct a thorough investigation.

Cuomo had for months denied escalating accusations of sexual harassment – and renewed those denials after the investigative report was issued. But what was left of his political support crumbled after the findings were made public. Hours later, Biden – a friend of the governor for years – told reporters at the White House: “I think he should resign.”

Investigators concluded that Cuomo and his aides created a “toxic” and “hostile” workplace in an office gripped by bullying, fear, and intimidation. The complaints about sexual harassment emerged after broader criticism by Democratic politicians in New York that Cuomo governed through intimidation.

Cuomo last year appeared to be a politician in ascent, presenting himself as an authoritative figure in televised news conferences on the pandemic. His image was burnished by television interviews with his younger brother, CNN host Chris Cuomo.

In Tuesday’s address, Cuomo flatly denied sexually harassing anyone and called the most serious allegations false. But he acknowledged that some of his behavior – including giving hugs and kisses, calling women “honey,” and clumsy attempts at humor – may have made some women feel uncomfortable.

“In my mind, I’ve never crossed the line with anyone, but I didn’t realize the extent to which the line has been redrawn,” he said. “There are generational and cultural shifts that I just didn’t fully appreciate.”

Cuomo also sought to defend his record as governor, touting his efforts to battle the pandemic as well as laws safeguarding gay rights and addressing gun violence.

A Marist Poll released a day after the report showed that 59% of New Yorkers wanted Cuomo to resign, compared to 32% who said he should serve out his term and 9% who were unsure. Among Democrats, however, only 52% favored resignation.

(Reporting by Jonathan Allen and Joseph Ax; Additional reporting by Maria Caspani; Writing by Will Dunham; Editing by Daniel Wallis and Howard Goller)