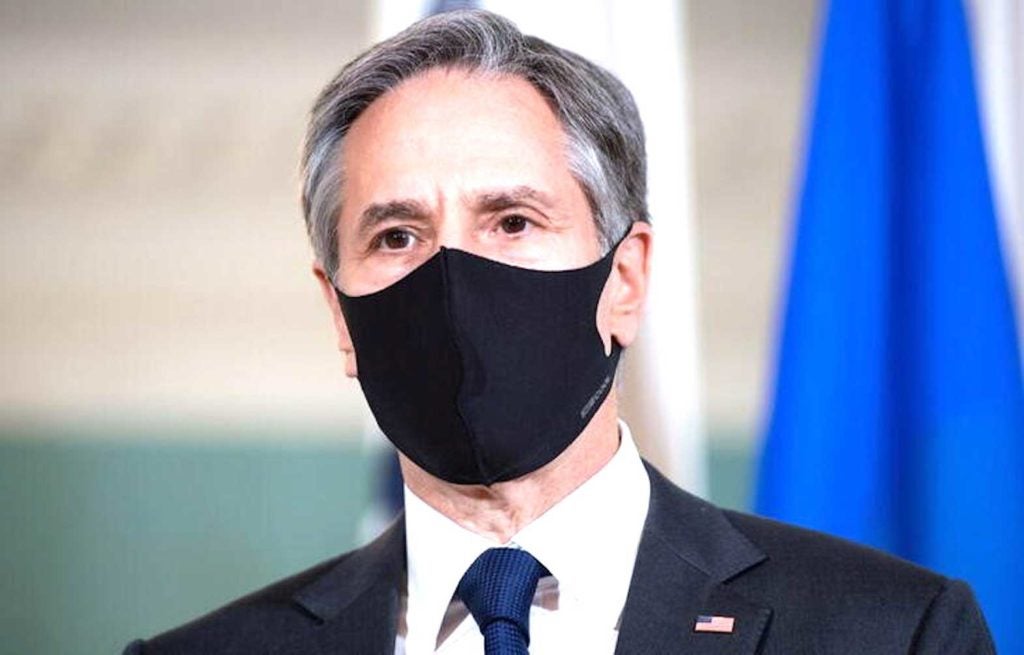 U.S. Secretary of State Antony Blinken speaks to the media prior a meeting with Ukrainian Foreign Minister Dmytro Kuleba at the State Department in Washington, DC, U.S. August 5, 2021. Saul Loeb/Pool via REUTERS

NEW YORK – U.S. Secretary of State Antony Blinken called out bullying in the South China Sea on Monday and warned the U.N. Security Council that a conflict “would have serious global consequences for security and for commerce,” sparking a strong rebuke from China.

The South China Sea has become one of many flashpoints in the testy relationship between China and the United States, with Washington rejecting what it calls unlawful territorial claims by Beijing in the resource-rich waters.

“Conflict in the South China Sea, or in any ocean, would have serious global consequences for security, and for commerce,” Blinken told a Security Council meeting on maritime security. “When a state faces no consequences for ignoring these rules, it fuels greater impunity and instability everywhere.”

China claims vast swaths of the South China Sea which overlap with the exclusive economic zones of Vietnam, Malaysia, Brunei, Indonesia and the Philippines. Trillions of dollars in trade flow every year through the waterway, which also contains rich fishing grounds and gas fields.

“We have seen dangerous encounters between vessels at sea and provocative actions to advance unlawful maritime claims,” said Blinken, adding that Washington was concerned by actions that “intimidate and bully other states from lawfully accessing their maritime resources.”

China’s deputy U.N. Ambassador Dai Bing accused the United States of “stirring up trouble out nothing, arbitrarily sending advanced military vessels and aircraft into the South China Sea as provocations and publicly trying to drive a wedge into regional countries.”

“This country itself has become the biggest threat to peace and stability in the South China Sea,” Dai said.

Blinken said it was the responsibility of all countries, not just claimants to the islands and waters of the South China Sea, to defend the rules they had all agreed to follow to peacefully resolve maritime disputes.