The Filipino at the Olympics

The Filipino at the Olympics 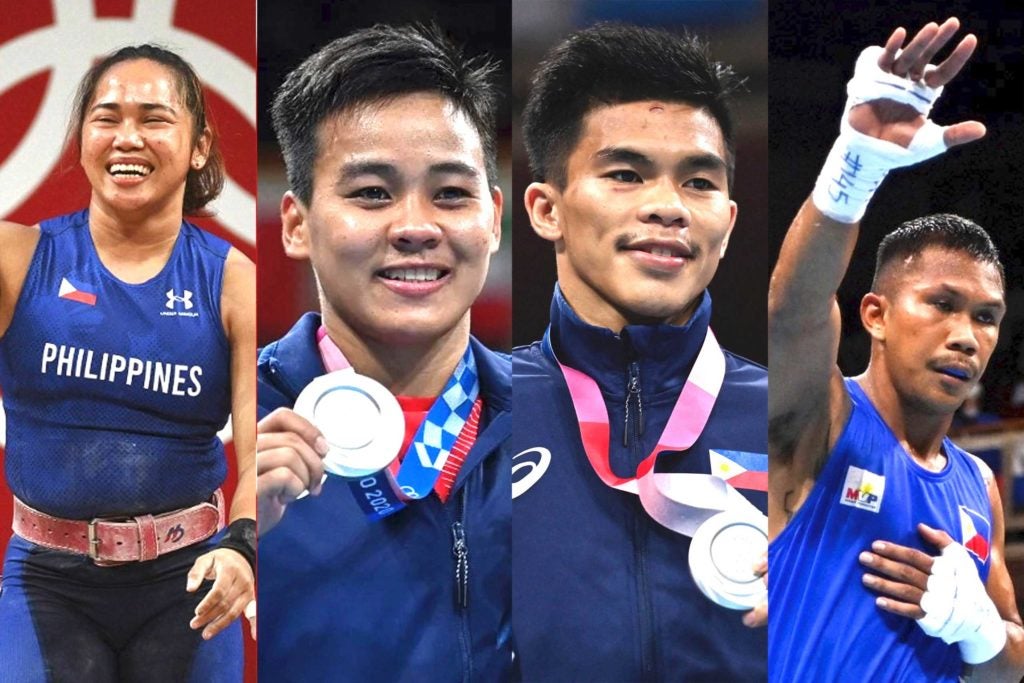 Munich was a big deal for Filipino basketball fans. That was when the Philippine basketball team, led by stars like Jimmy Mariano, Bogs Adornado and Danny Florencio, finished 13th, beating Senegal and Japan.

Sadly, that was the last time the Philippines ever made it to the Olympics in basketball, ending a fairly long and impressive run which began in the 1936 Berlin Games when basketball first became an Olympic sport. I even wrote about that first Philippine team in high school and interviewed one of its members, the late Senator Ambrosio Padilla who recalled being and Olympian in Germany under Nazi rule.

And at my “first” Olympics in Munich, the Philippines didn’t win a medal. And I sort of got used to that. I continued following the games, consistently disappointed that we typically never won a single medal.

It happened so often I can easily recall what happened to the Philippine team from the 1972 Munich Games to the 2016 Rio Games.

Hidilyn Diaz’s silver medal at the Rio Games in 2016 was a pleasant surprise. Some said it was a fluke. But she just proved it was not.

What makes the victory special is that she’s not the only winner. There are four of them this year. And each one, like Diaz, has a compelling story.

Nesthy Petecio who dedicated her victory to his dad who had dreamed of being in the Olympics and to the LGBTQ community.

Carlo Paalam who once worked as a garbage picker at a sanitary landfill to help his family and who said after his final fight: “Kasi isa akong mangangalakal, itong medalya ay gawa sa mga sirang gadget po. Sa basura s’ya galing, kaya nai-connect ko po s’ya sa buhay ko (I was a scavenger. This medal is made of recycled materials. I identify my life with it).”

Eumir Marcial who grew up poor and who said, “Filipino boxers are good because of the hardships in life.”

Their struggles have paid off. Mabuhay kayo!