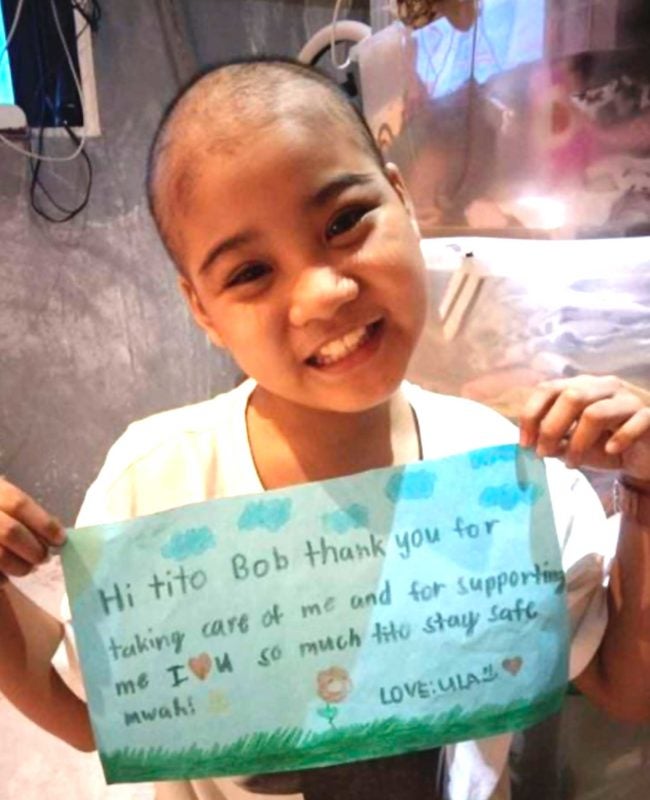 Ula with a message of thanks to Bob Kermereit. SCREENSHOT

TIFTON, Georgia – At the end of last May, Bob Kemerait, a professor at University of Georgia, received a message from Rema, one of his close friends in the Philippines

Addressing Kemereit as usual as “Kuya,” Rema wrote that her ten-year-old niece, Rhianna, who goes by the nickname Ula, was brought to a nearby hospital in Navotas, Metro-Manila where Rema’s family lives.

That day, Ula was diagnosed with acute lymphoblastic leukemia, a survivable type of childhood leukemia. But it requires immediate and frequent treatment.

Ula, however, couldn’t get treatment in the hospital because they did not have the means to pay for it. In a country with no affordable health care system, Ula’s family has had to look for other options.

“She’s (Ula) going to fight,” he said, referring to his Facebook post. “I am going to fight. That’s all I said,” Kermereit told the Tifton Gazette’s Abigail Murphy. He said he didn’t expect anything to come from his post. 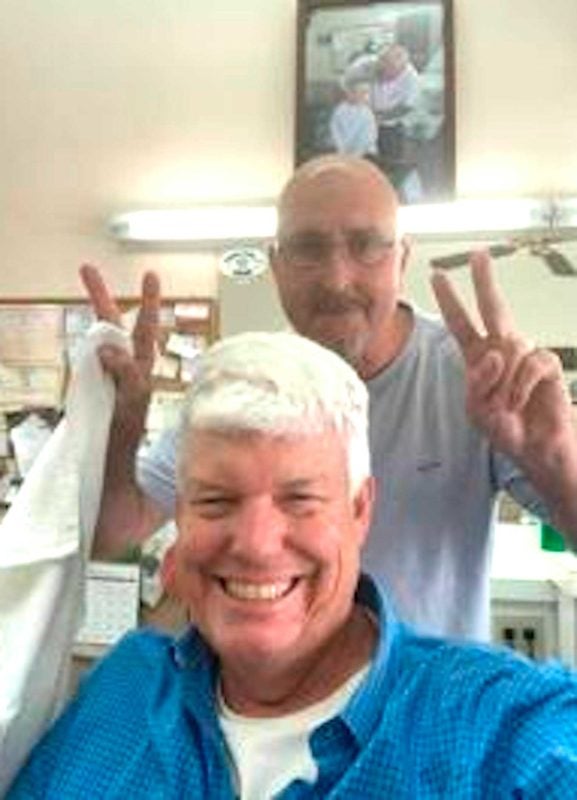 University of Georgia professor Bob Kermereit getting ready to have his head shaved in solidarity with Ula in the Philippines. SCREENSHOT

One of them said he knew Kemerait couldn’t come up with the resources alone and wanted to do whatever he could. This friend said Seeing Ula’s photo in Kemerait’s posts brought back memories of poor children he had seen abroad when he was in the U.S. Marines.

Kemerait said they call Ula their starfish, referring to “The Starfish Story” by Loren Eiseley. While there are many starfish – many other children suffering in developing countries, they have the opportunity to help this one.

A neighbor’s daughter said that for her birthday, she wanted her parents’ gift to be sent to Ula instead. She also drew a picture that raised Ula’s spirit, said Kermereit. Ula replied with a drawing, and the two girls have been exchanging art work ever since.

With support from Kermereit and his friends, Ula was hospitalized for more than a month receiving chemotherapy three times a week. She returned home for outpatient chemotherapy and went back to the hospital July 12 for further treatment.

Ula shaved her head when her head started to fall out the first week of July. Kemerait shaved his head too, in solidarity.

“It’s a story that almost makes me cry seeing so many people caring about a little girl that they will never meet,’” he told the Tifton Gazette.