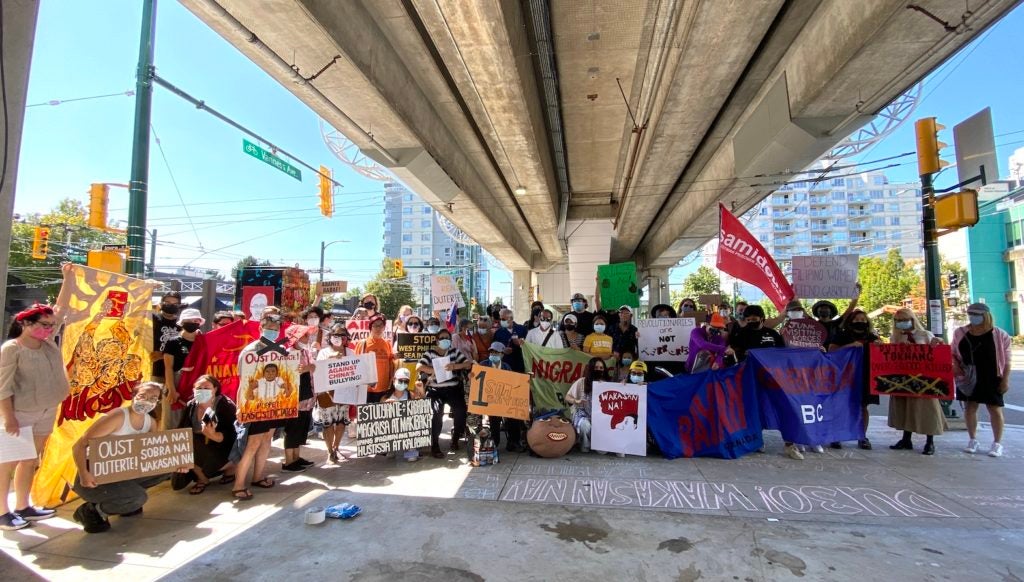 RED DEER, Alberta – Left-leaning groups in key cities in Canada and the U.S. denounced Pres. Rodrigo Duterte during his last state of the nation address in their own people’s SONA.

In a coordinated protest action, Bayan Canada launched activities in the cities of Vancouver, Toronto, Montreal, Ottawa and Manitoba.

On July 25, activist groups in Vancouver led a protest rally at Joyce-Collingwood Station that lasted two hours. Some 60 attendees came. The event finished with a piñata of Duterte’s head smashed by the attendees. 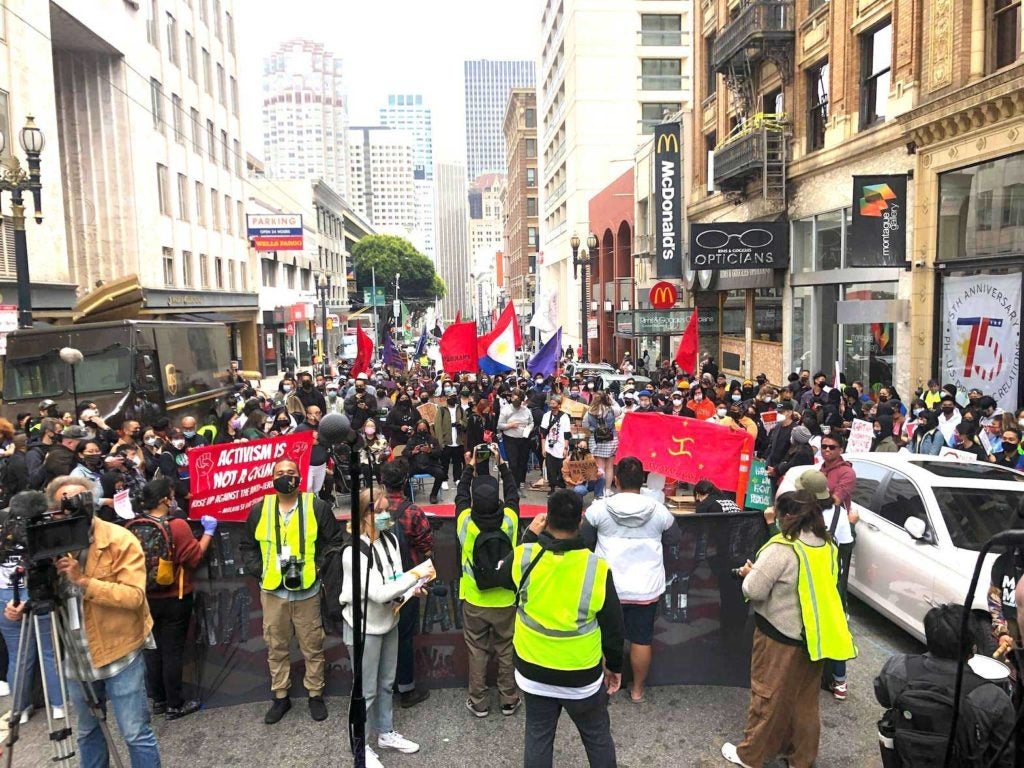 The groups led by Gabriela BC, Anakbayan BC, Sulong BC were joined by the Palestinian Youth Movement and International League of People’s Struggle.

Rhea Gamana, Bayan Canada secretary general said, “SONA is a rally and a protest against the lies of the Presidential regime and to call out the worsening conditions of the Philippines.”

Aligning with left-leaning groups in the Philippines, the event was themed “Duterte Wakasan Na (End Duterte)” to demand and fight “for real change towards a free, prosperous, and peaceful Philippines where peasants have land to till, workers have decent jobs, and the people’s rights are upheld and respected,” she said.

In Ottawa, a protest march was initiated by activist groups in front of the US Embassy on Sussex Drive. The group marched through the Byward Market and ended at the Philippine Embassy. Some twenty-five people joined the march.

A staff member from the Philippine Embassy was video recording during the activity, said Yasmeen Khan of Bayan Ottawa. Members of the Royal Canadian Mountain Police  (RCMP) were also present.

Hector Almendrades, a Peruvian and member of solidarity group Ontario Committee for Human Rights in the Philippines (OCHRP), said, “[As Canadians] it is also important to realize that what happens to Filipinos could happen to all of us, wherever we live. We are entering an age where governments worldwide are turning to more authoritarian methods to control their populations.”

“Canadians should care about human rights in the Philippines because international pressure can make a difference. Educating Canadians on the role Canada plays in authoritarian governments, the human rights abuses enabled by the Canadian government’s allies, and on the overall situation in the Philippines, is key to helping drive public opinionagainst the regime,” he added.

In Toronto, a similar protest action was held.  Activists gathered at the Bathurst and Wilson intersection where there is a high concentration of Filipino businesses and passersby. Some eighty-five participants joined the program, organizers said.

A Filipino family drove into the city to express their dissatisfaction in the Philippine government, said rally organizers. The activity also stirred emotions from Duterte supporters, shouting “Duterte pa rin kami!” (We are still for Duterte!). 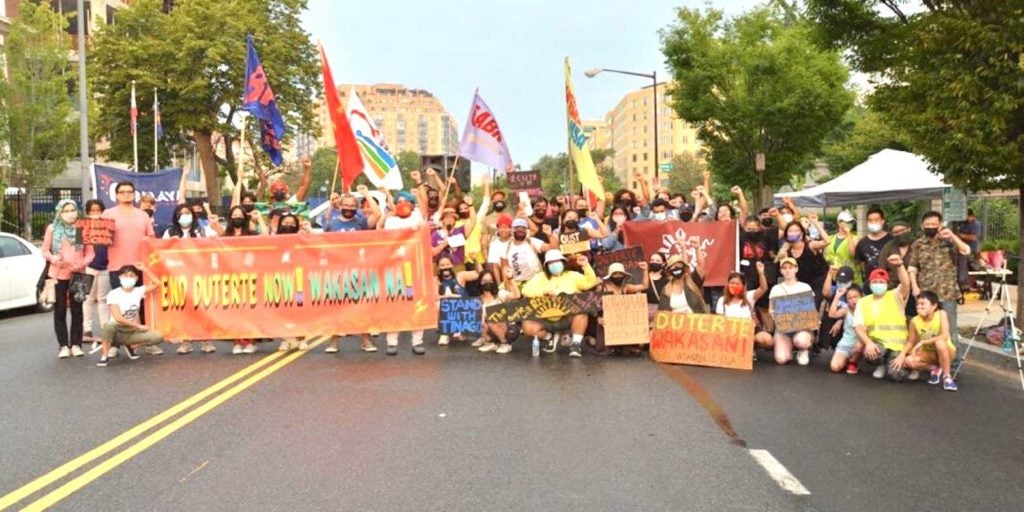 Aisha Kaalim from Migrante Ontario spoke of the conditions of Filipino migrant workers.

“We keep both the Canadian and Philippine economies running and yet we are neglected, unprotected, discriminated against. We experience racism and are used as scapegoats for the spread of the virus. While we worry for our survival here abroad, we also worry for our families and loved ones in the Philippines. Duterte calls us the Heroes of the Nation and yet let us and our families suffer,” said Kaalim.

Militant youth group Anakbayan Toronto in a statement decried the Philippine government’s “shortcomings [that] have been on full display for the international community to witness”.

“The militarized response to the COVID-19 pandemic has proven to be dangerous and ineffective, leading to record low unemployment rates and the longest lock-down in the world. Additionally, the illegal arrests and mass killings of activists has stifled freedom of speech and discouraged opposition from speaking out against the government and its failures,” it said.

LATEST
DOJ to NBI: Probe killing of South Cotabato lawyer
Audience for Emmy Awards show rises to 7.4 million
Gordon dares ‘bully’ Duterte: Do your worst, I’m not scared
Senators OK OVP’s budget at committee level, vow to increase it
Hitman 3 Review – Is It Worth The Hype?