Vickie and husband Joie Cabrera during their wedding in January 2021. CONTRIBUTED

Vickie Arias Cabrera, 46, positions her feet, standing shoulder-width apart. She grasps the cold bar. Slowly, she lifts 130 kilograms of pure iron. She inhales, drawing strength from within. As she exhales, she drops the barbell twice her weight. Not only that, she clean-and-jerks a 66.77 kilogram barbell.

Barely standing five feet, her strength is enormous. No, she is not Hidilyn Diaz, the Filipina weightlifting Olympian who won the first-ever gold medal for the Philippines. Cabrera is not training for the Olympics or anything. She is just training for good health in RCF Crossfit Gym in Washington State. 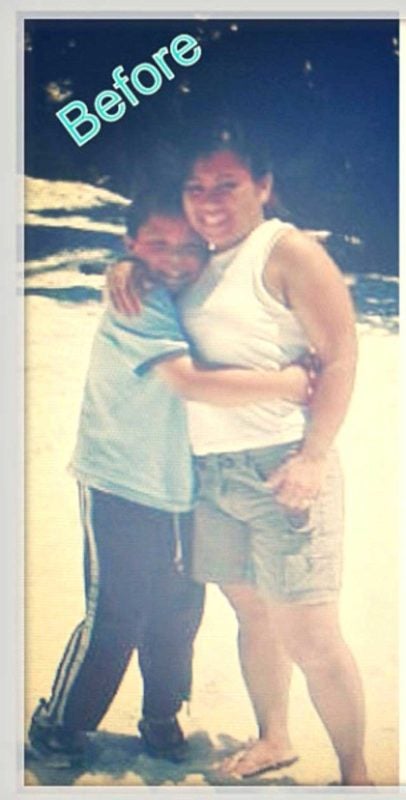 Vickie during her “heaviest” days ten years ago. CONTRIBUTED

While Cabrera’s training doesn’t come close to the rigid paces of an Olympian, it doesn’t make her less of a winner. She has already won so many battles in her life – a painful divorce, raising three sons, going to college while working at the same time, obesity and other illnesses.

At 46 years old, Cabrera isn’t slowing down. Fitness training is already her lifestyle, a way of life she started 10 years ago.

“I am at the peak of my fitness regime. I accomplished my goals, but my journey doesn’t stop there. I just continue to stay fit; to be healthy and strong and to continue being medicine-free,” Vickie says.

In 1990, Vickie was 15 years old when her mother’s U.S petition was approved.

“My aunt petitioned my mother. We emigrated to Guam in December 1990,” she says.

Although Guam has a huge Filipino population, fitting in was not easy for Vickie.

“It felt like I needed to be part of a group. I felt like an outsider. I didn’t know how to speak English. I could understand, but communication was a little struggle,” Vickie recalls.

After a few months, she began fitting in. She attended a public school and did what all the typical high school girls were doing. But she was never the athletic type.

Vickie met her husband in Guam. They have two boys. The family moved to mainland United States where the youngest was born. Things did not go well and the marriage ended in divorce.

It was then that she had the time to reflect.

“I needed something to clear my mind and help my sanity. I wanted to be able to be strong for my three boys. Raising three boys was never easy especially raising them by myself,” Vickie shares.

Vickie started dancing Zumba. When Crossfit was introduced to her gym, she got hooked.

Crossfit is a high-intensity interval training (HIIT) workout that includes weight training, calisthenics, running and other functional movements that must be completed on the same day. There is also a standard WOD or Workout of the Day that must be done within a certain time frame.

At first, Vickie was afraid to get hurt. She also thought that she was not strong enough to lift or do the challenging workouts. But good coaching and determination made her continue.

“I love the adrenaline. I love lifting and the good feeling that it brings after finishing the workout,” she explains.

As she was losing body fat, Vickie realized that she was getting stronger and building muscles – an image that is not so popular among Filipinos and even in America.

Although Crossfit has been a popular workout in the United States for more than 10 years, the ideal feminine beauty even by American standard remains stereotypical. In a New York Times report in May 2020, health trolling and body-shaming became rampant since the pandemic began. The report also mentioned that the burden of bodily perfection weighs heavily on women. 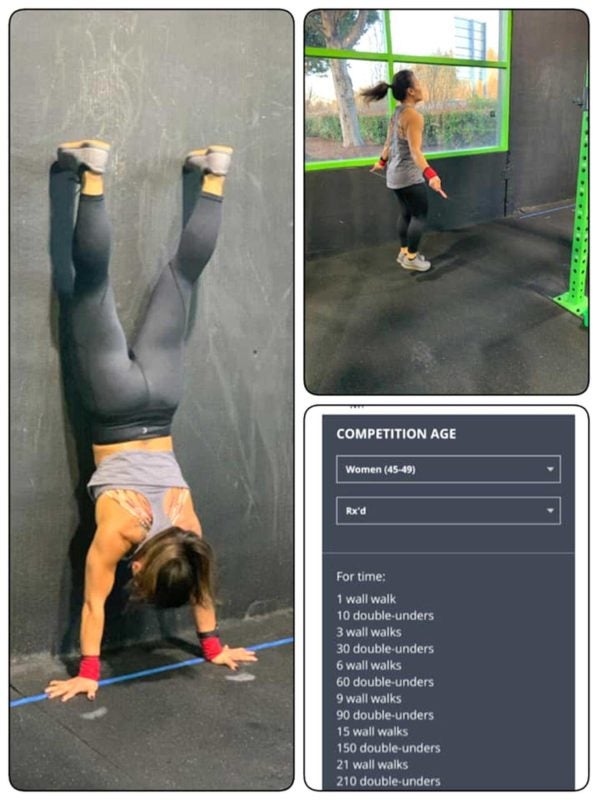 Vickie Arias Cabrera participating at the Crossfit 21.1 in March 2021. CONTRIBUTED

Among the Filipinos, the ideal of beauty remains being fair-skinned and slim, as advertised on billboards and various media.

“I think Filipino women think if you’re muscular you look like a man. Looking muscular doesn’t look feminine. My definition of sexy is a woman with a good amount of muscles in arms, legs, back muscles that are defined and a very strong core,” Vickie explains.

And it has something to do with colonial mentality.

Dr EJ Ramos David, a psychology professor at the University of Alaska in Anchorage and author of Brown Skin, White Minds: Filipino American Postcolonial Psychology, says that colonial mentality is learned and its existence also varies. These include succumbing to social messages of the inferiority of the Filipino culture and ethnicity. Witness whitening products that downplay the natural skin color of Filipinos.

Dr. Elenita Strobel, an author and retired professor at Sonoma State University, says that the concept of beauty as being “white and thin” are remnants of an outmoded view.

“The world has already moved on beyond this colonial norming, don’t you think? I hope Hidilyn Diaz (or the likes of her) becomes the image of beautiful and strong,” Dr. Strobel says.

More than the physical body, beauty is also something that emanates from within.

“My epitome of beauty is my mom,” Cabrera says. “She had taught me how to be independent. She showed me how to love and be loved. She taught me how to be strong, and believe and always have faith in God. I accomplished pretty much everything in life because of her support.”

Like life, Crossfit challenges a person’s strength and spirit.

“I sometimes struggle to finish, but I always push through even if I’m running out of breath. You learn to accept that if there is no pain, there’s no gain. In real life, if something bad or unexpected happens you analyze it, you pray that everything goes okay. Then you move on. You make mistakes but you learn from them. It helps you to become a better person,” Vickie says.

Aside from her full-time job as a bond service consultant, Vickie does Crossfit with her youngest son three times a week, teaches a dance class twice a month and runs twice a month. She doesn’t believe that age matters when it comes to improving a person’s image.

“We have to believe in ourselves that anything is possible. Patience and consistency are the keys to achieving success. At some point, you will fail. Failure makes you feel sad and defeated, but you just have to pick up where you left off and continue on. Once you’ve built some positive vibes, loving yourself will get easier and you will always look forward to what lies ahead,” Vickie advises.