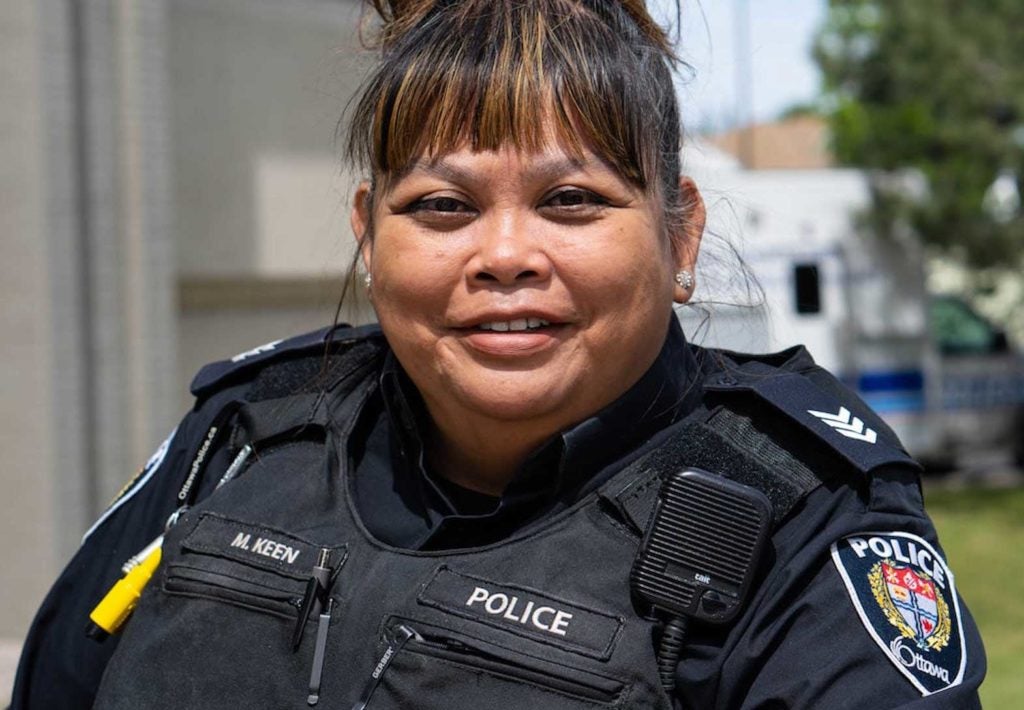 Sgt. Maria Keen, the first Filipina police officer in all of Canada. CBC

Sgt. Maria Keen, the first Filipina police officer in all of Canada, has retired after 29 years in the Ottawa Police Service (OPS).

Hired in August 1992, the Toronto-born Keen had not been set on becoming a police officer. She grew up in a traditional Filipino household and always thought she would abide by her parents’ choice of a profession for her.

“They wanted me to either be a nurse, a doctor or a lawyer,” she told CBC News.

Keen graduated from Carleton University in Ottawa and joined a police placement program of the National Capital Alliance on Race Relations. When she told her parents, they were shocked.

But they have come to accept it, she said.  Since then, her cousins have become police officers and her parents have even spoken to the parents of another potential recruit about the job.

“It didn’t really strike me until I actually got on the job and looked around me and there was no one who looked like me,” she told CBC News, “And on top of that, I was young, too, I was 21 turning 22.”

Keen spent more than a decade working as a community police officer and as a school resource officer, trying to build bridges with communities. She  mentored a recruit who became the force’s second Filipina police officer.

“Give us a chance, look beyond the uniform, look at who we are and where we come from outside of this uniform. We’re just like you and we are still people. Yes, we have a job to do. Yes, we know we’re law enforcers. But at the end of the day, I’m still that Filipino girl that goes home to their parents and has a Filipino meal. And just because you wear the uniform doesn’t change that.”

Keen is back on patrol now, for what is likely her last year on the job.

“It’s full circle, right? This is where I started. This is where I wanted to finish. The best part of it is seeing all the people I hired in the last two years on the road in uniform, in action. It makes me smile,” she said. “Actually, it gives me comfort.”