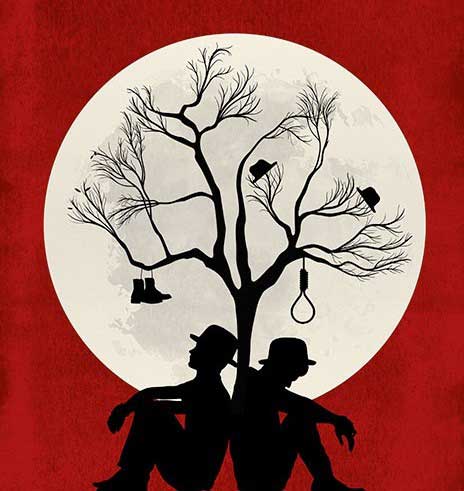 Rereading Waiting for Godot made me think of the SONA promises.

Samuel Barclay Beckett, an Irish playwright who lived in Paris, wrote this famous tragicomedy in French as En attendant Godot, originally published in 1952. A literary genre containing elements of both comedy and tragedy (hence, tragicomedy), the play consists of conversations between Vladimir and Estragon, two men considered by society as wasted vagrants. Hoping to see “a glimmer of light at the end of the tunnel,” they patiently wait near a tree for the arrival of Godot. In the Philippine context, Juan and Juana de la Cruz, akin to Vladimir and Estragon, wait for the promised socio-economic changes.

In 2016, Mr. Duterte made a fantastic assurance: “I will not promise you heaven… In three to six months, I will stop corruption in government.” He also threatened public employees: “One whiff of corruption, you’re out!” With the same braggadocio, he vowed he’ll put an end to the drug problem in 3-6 months or “I would resign!” Even comparing himself to Adolf Hitler, Duterte said: “3 million drug addicts… I’d be happy to slaughter them.”

Vowing transparency in his administration, Duterte signed the Freedom of Information Executive Order. When the people called for the release of his Statements of Assets, Liabilities, and Net Worth (SALN), he refused. He appointed former Supreme Court Justice Samuel Martires as Ombudsman, who moved to stop the lifestyle checks of government officials and restricted public access to their SALN.

His drug war turned into drug smuggling and his anti-corruption campaign into a Rigodon de Honor of men caught in “a whiff of corruption.” In 2017 and 2018, massive shipments of shabu from China, his patron, worth ₱17.4 billion slipped past the Bureau of Customs when Nicanor Faeldon and his successor, Isidro Lapeña, were chiefs. Instead of being axed, Faeldon was transferred to the Office of the Civil Defense and Lapeña became TESDA chief.

Duterte is unique. He did not only break his campaign and SONA promises, but he also appeared to walk the complete opposite of his tough talk.

In the play, while waiting for Godot, Vladimir and Estragon encounter Pozzo, who is on his way to the market to sell his slave, Lucky. As they discuss life and its miseries, Lucky entertains them by dancing.

Never mind the jetski promise. As the nation commemorated the 500-year anniversary of the Battle of Mactan, Duterte was compared to Lapu Lapu, the courageous leader who stood his ground, ready to spill his blood, and fought back the invading aliens. But the people were not entertained. They realized that Duterte was nothing like Lapu Lapu. They realized that the present commander-in-chief of the Armed Forces of the Philippines is the opposite of the true meaning of patriotism and a disgrace among Filipino presidents who served the country with honor, after Duterte himself admitted in public his incompetence in protecting our territorial rights and sovereignty against China.

In the play, Godot is a mysterious man, who continually sends word through a boy that he will “surely” appear “tomorrow.” Banking on Duterte’s promises, the people’s hope ran high for good governance, transformative politics, and a better Philippines.

When “tomorrow” arrives, the Philippines’ ranking in safety and security, education, and poverty, among other indexes, are far from what Duterte promised. We now rank last on the list of world’s safest countries (Global Finance Safety Index); about five million Filipino families, not individuals, have gone hungry every year since 2018 (SWS); and our pupils rank among the lowest in reading, math, and science in the world (OECD-PISA).

In the last part of the play, the boy enters and tells Vladimir that Godot will not be coming… and the curtain falls.

A bitter lunar glow casts a shadow upon the entire archipelago. People now ask: Are we here waiting for a raindrop during drought or is the situation completely hopeless?

Like Vladimir and Estragon who hold out hope for life’s meaning, desperate Juan and Juana de la Cruz elected Duterte and waited for change but, it turns out, every one of us waited for Godot.

Jose Mario Bautista Maximiano (facebook.com/josemario.maximiano) is the author of THE SIGNS OF THE TIMES and the Social Doctrine of the Church: An Epistemology (Salesiana, 1991) and MCMLXXII: 500-Taong Kristiyano. Volume Two (Claretian, 2021)