Irish TNTs, ‘diversity visas,’ and the naturalization of Filvets

Irish TNTs, ‘diversity visas,’ and the naturalization of Filvets 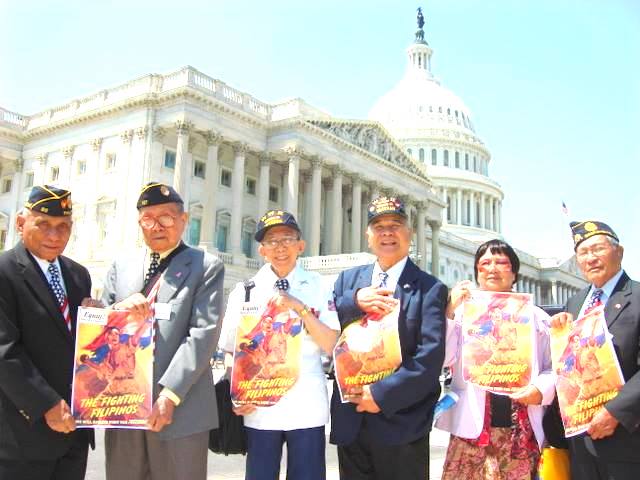 When Saifullo Saipov, an immigrant from Uzbekistan, drove his van through a crowded bike path on Halloween night in New York City to deliberately kill eight people, Pres. Donald Trump was quick to blame the terrorist act on the Diversity Visa Lottery Program, which had brought this Uzbek and more than one million immigrants to the US since its inception in 1990.

Trump called on Congress to scrap this lottery program as well as the “chain migration” policy that allows US citizens to petition their siblings and married children.

Trump claimed the terrorist act was the result of the “diversary” visa program that has awarded lottery green cards to “low admission” countries that have sent fewer than 50,000 immigrants to the US over a five-year period. Citizens from the Philippines, Mexico, India and China, are ineligible for inclusion in this lottery because they come from “high admission” countries.

Despite the exclusion of the Philippines, Filipinos should still express appreciation for this diversity lottery visa program because it was the key to securing US congressional approval of the bill that finally granted US citizenship to about 30,000 surviving Filipino WWII veterans.

I learned about this connection when I was invited to speak at the San Francisco Irish Cultural Center about US immigration law in the fall of 1989. Two Irish American immigration lawyer friends thought it would be “a hoot” for a non-Irish immigration lawyer like myself to join them as part of a panel that would answer immigration questions from the Irish community.

It was a crowded hall of over 200 people when I got there and I recall the culture shock I felt to see so many white people who were “illegal” but would never have to experience racial profiling. The audience included the Irish Consul General and her consular staff who were there to provide assistance to their constituents. In the course of the open forum, I learned that the Irish TNTs (Filipino slang for “illegals”) in the audience had entered the US with tourist visas or under a visa waiver program that allowed them to stay for no more than 90 days and that they had overstayed and worked without authorization. They explained that while there were 20,000 immigrant visas allotted to the Irish — as there were to the Philippines and all other countries under the Immigration Act of 1965 — they could only use a quarter of those immigrant visas because all the family preference beneficiaries who qualified for petition had already been petitioned.

There were audience members who belonged to the Irish Immigration Reform Movement, which had been lobbying Congress to “legalize the Irish” already in the U.S. and to make sure future visas would be reserved for the Irish.

It was from them that I learned that an Irish American congressman from Connecticut, Rep. Bruce Morrison, the chairman of the House subcommittee on Immigration, had proposed such a bill that would grant an additional 40,000 immigrant visas to the Irish.

But it was agreed that such a bill would never pass the US Congress. There was talk in the room that Morrison would not call it the Irish Green Card bill but present it as the Diversity Visa Lottery Bill that would create a new visa category of “diversity immigrants” granting 50,000 green cards a year to applicants from low admission countries like Ireland.

I learned that the Morrison bill had garnered the support of all the Irish legislators in the US Congress including Sen. Ted Kennedy, the principal sponsor in the Senate. In her retrospective article about the Diversity bill, Carly Goodman of The Washington Post wrote (“In the 1980s, Diversity Meant More White Immigrants”, July 11, 2017): “Despite its name, the motivation behind the program came less from a desire to diversify the immigrant population than to whiten it.”

Goodman explained that the diversity lottery program was conceived as a way to address the complaints of some of the recent Irish undocumented immigrants who found themselves locked out without the fancy credentials or family connections required to immigrate legally.

“Thus, when Congress created the Diversity Visa lottery in 1990, it did so mostly to benefit immigrants from European countries who had historically sent many immigrants but had recently sent few, like Ireland. But to make the program appear unbiased, they also included countries that had never sent many immigrants to the US,” she added.

To secure passage of his Diversity Lottery Bill, Rep. Morrison obtained the endorsement of his colleagues by including their pet provisions in was called the Omnibus Immigration Act of 1990.

Among the immigration bills incorporated into Morrison’s bill was H.R. 2407 — co-sponsored by Rep. Mervyn Dymally (D-Los Angeles) and Rep. Tom Campbell (R-Palo Alto) — that would “provide for the naturalization of natives of the Philippines through active-duty service in the Armed Forces of the United States during World War II.”

In the US Senate, Sen. Kennedy incorporated the Filipino Veterans Naturalization bill of Sen. Daniel K. Inouye (D- Hawaii) who told him: “The Filipino WW II veterans deserve the opportunity to become citizens of the nation for which they put their lives on the line in defense of our principles of freedom and democracy.”

US Pres. Franklin D. Roosevelt promised Filipinos who enlisted in the US Commonwealth Army in the Philippines that they would be eligible to apply for US naturalization after the war and this promise was enacted into law in 1941. However, when the war ended, the US inexplicably removed the US Embassy consul in charge of the naturalization of Commonwealth veterans. For the next 45 years, the naturalization of Filipino veterans became the subject of the Filipino community’s lobbying efforts in the US Congress.

Ironically, the Filipino veterans would need the pluck of the Irish to obtain their long-sought US naturalization.

The Immigration Act of 1990 overwhelmingly passed the House and Senate and was signed into law by President George H. W. Bush on November 29, 1990. It increased total overall immigration to allow 700,000 immigrants to come to the U.S. per year, created five distinct employment based visas, categorized by occupation, as well as the diversity visa program which created a lottery admitting 50,000 immigrants per year from “low admission” countries.

The law included Section 405 which granted naturalization to Filipino WW II commonwealth army veterans and recognized guerrillas.  By 1998, over 28,000 of these surviving WW II veterans would become naturalized US citizens.

Two years after I spoke at that 1989 Irish Cultural Center forum, I attended a reception for Rep. Bruce Morrison at the Sheehan Hotel in downtown San Francisco. I thanked Rep. Morrison on behalf of the Filipino WWII veterans who acquired their US naturalization. I recognized many of the guests at the reception as among those who attended the forum. They were now proud holders of Morrison diversity green cards.