Unsung Filipino nurses in U.S. soon to be seen on film

Unsung Filipino nurses in U.S. soon to be seen on film “Nurses Unseen” is a documentary on Filipino nurses in the U.S. HANDOUT

LOS ANGELES – Emmy-award winning filmmaker Michele Josue spent some time after completing her 2019 Netflix docuseries Happy Jail to think about the next project she wanted to pursue.

The docuseries told the story of a Philippine prison – one that became known for a Michael Jackson dance video that went viral – that came under management of a former convict. And it aligned with her desire to tell more Filipino American stories in her work.

As she contemplated on what she wanted to do next, she thought about her aunt – an oncology nurse – who died several years ago.

She wanted to make a film that honored her, but it was unclear what that would look like, until the pandemic hit in 2020.

“I was seeing just how essential our Filipino nurses were, how they were sacrificing so much to care for us and save us,” she said. “Thinking about my aunt, I just realized, well, this is the story that we should tell next. We should definitely tell the story of the Filipino nurses here in America.”

Josue reached out to Carlo Velayo, a Philippine-born filmmaker raised in Australia, who was a senior producer on Happy Jail and shares her desire to tell more Filipino American stories. The duo began filming the project, Nurses Unseen, in April when the country was beginning to re-open and as more people across the country got vaccinated.

“This film is really going to be a tapestry of voices all contributing to the larger picture of the Filipino American nurse,” Josue said.

It was a statistic that stuck with the filmmakers, and has prompted them to explore questions like why there are so many Filipino nurses in the U.S. and why they’ve been disproportionately affected by the pandemic, Velayo said.

A Kickstarter campaign the filmmakers launched earlier this year says that the history of Filipino nursing and U.S. colonialism, and its connection to the experiences of Filipino American nurses during the pandemic have not yet been told on film.

The duo has interviewed people in Los Angeles, the San Francisco Bay Area and New York – areas with the highest concentrations of Filipino American nurses in the country, Josue said. Some interviewees include the daughter of the first health care worker to die from Covid-19 in L.A. County and a long-time ICU nurse who was hospitalized for the disease for eight months.

Velayo said it has been an honor to spend time with nurses and their families through the making of this film, particularly because he didn’t come from a family of nurses. 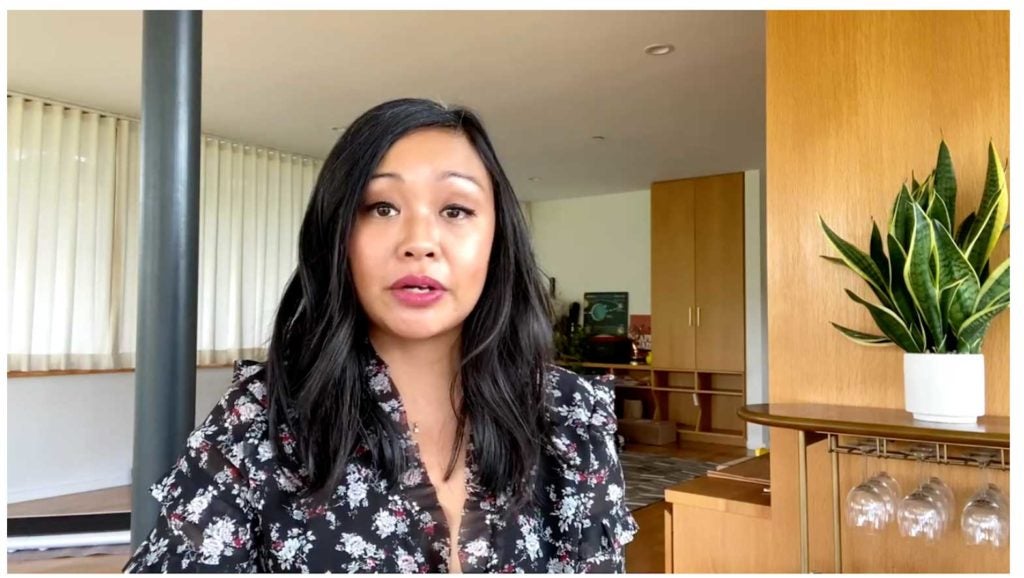 Emmy-award winning filmmaker Michele Josue was inspired by her oncology-nurse aunt who had passed away. CONTRIBUTED

“I received an insight in terms of what it’s like to be a front-line worker, a health care worker, and especially to be on the front lines during a pandemic,” he said. “It has been very eye opening, very humbling in terms of the sacrifice, the dedication, but ultimately, the love that I believe is universal among Filipinos.”

He and Josue carried out their first round of fundraising for Nurses Unseen earlier this year through its Kickstartercampaign that surpassed its goal of raising $50,000 to help cover the cost of filming in New York.

“What we found during the Kickstarter campaign is just a realization that community is so important,” he said. “And we want that. We’ve always wanted that to be part of the production of this project.”

Josue noted that the community’s involvement extends beyond fundraising efforts. Two of the film’s producers are nurses, which has brought authentic perspectives to the filmmaking team.

The goal is for the film to premiere at Sundance in 2022 and to submit it to other domestic and international film festivals. Once it’s complete, the team behind the production hopes to have both community’ and global support.

“The universality of this story boils down to love – the love of the nurses for their work, for their patients, or their families. And I think everyone can relate to that,” Velayo said.

Josue said she hopes that the film helps non-Filipinos understand the significant history of the community in the United States, how they’ve soldiered through multiple health crises including the COVID-19 pandemic, and that they will continue to do so.

“It’s really just about giving a voice to this often untold, unsung story that’s so important to our personal histories as Filipinos,” she said.