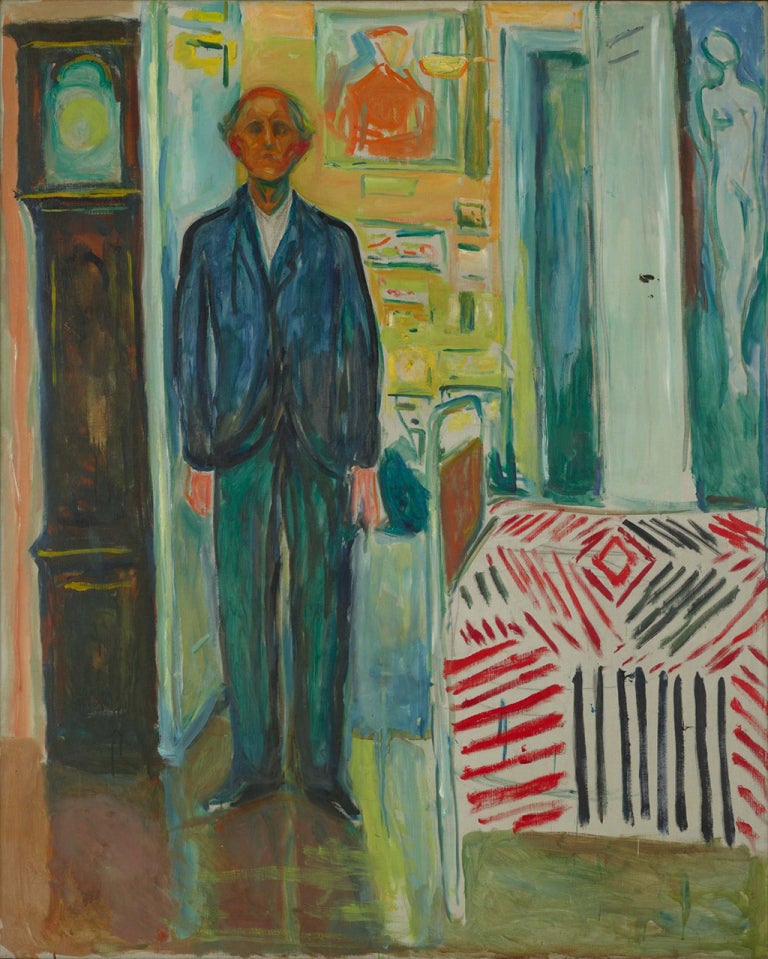 Edvard Munch, self-portrait. Between the Clock and the bed, 1940-43. Image: Courtesy of The Munch Museum, Olso via AFP Relaxnews

Edvard Munch (1863-1944) believed that his artistic breakthrough occurred around 1913 at the age of 50. Throughout his career, the Norwegian painter regularly revisited subjects from his earlier years. “Self Portrait: Between the Clock and the Bed”, painted between 1940 and 1943, was one of his final such works and can be used to put the artist’s other works into perspective. The painting depicts the artist’s bedroom, with a door opening to the studio beyond, and Munch, emotionless, between the grandfather clock and the bed. 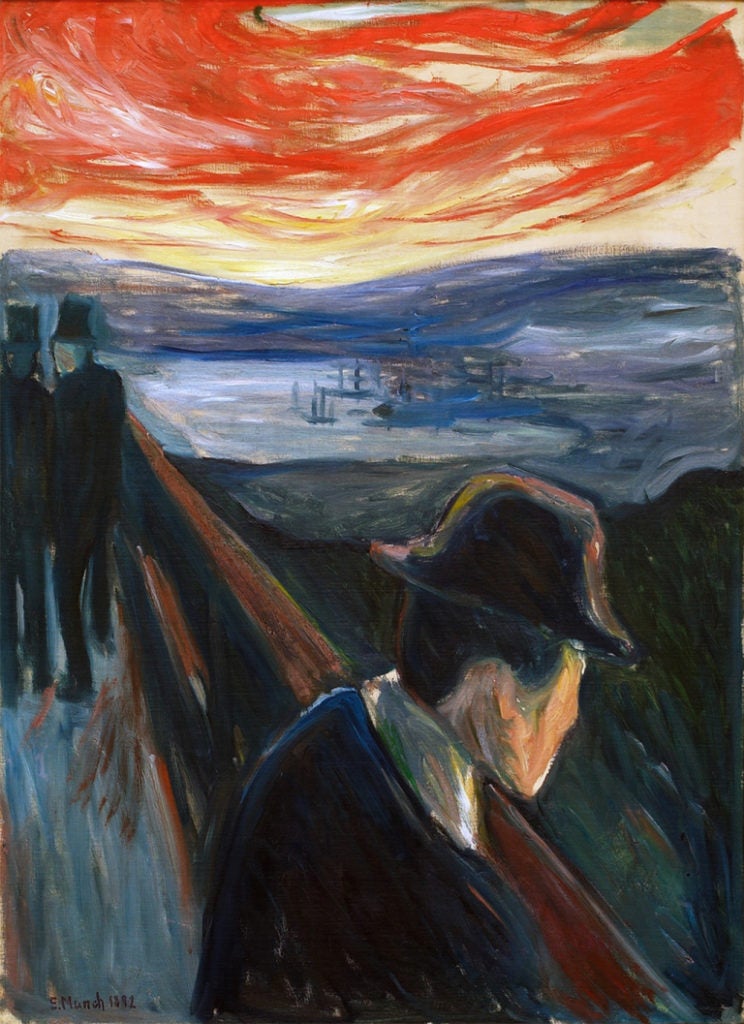 The paintings span the artist’s career, from the early days to his later years.

Born and raised in Norway, Munch was one of the most celebrated and controversial artists of his generation. With only a brief formal training in painting, Munch was largely self-taught. He was a prolific artist, creating around 1,750 paintings, 18,000 prints and 4,500 watercolors, as well as sculpture, graphic art, theater design and film. 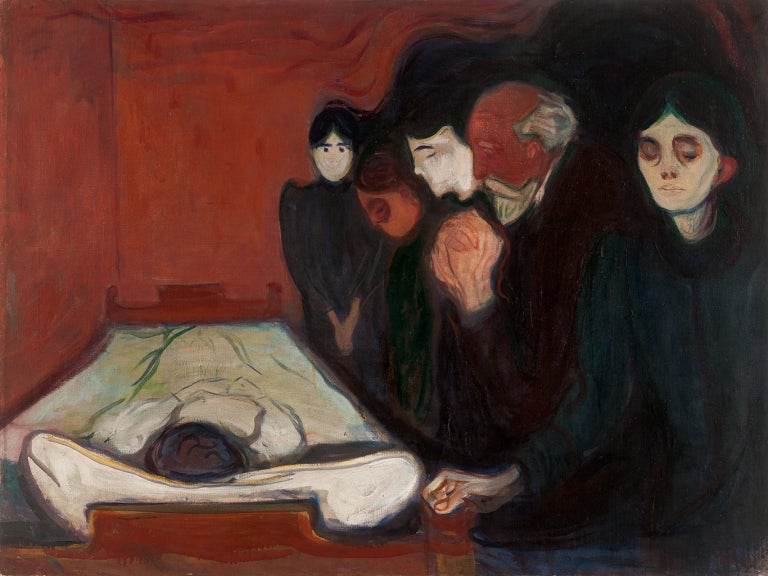 Edvard Munch, At the Deathbed, 1895. Image: Courtesy of KODE – Art Museums of Bergen via AFP Relaxnews