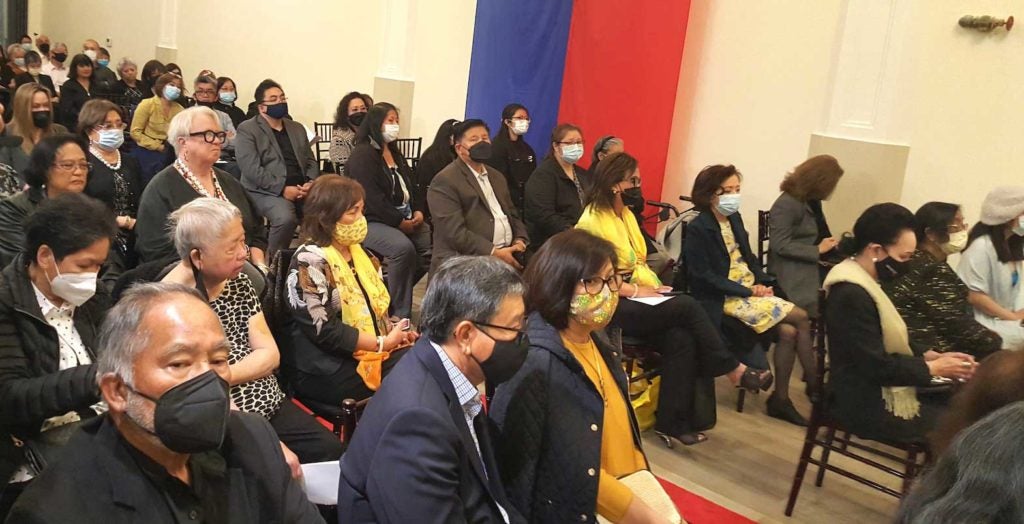 Sympathizers, family and friends heard the Memorial Mass for the 15th President of the Philippines Benigno Aquino III who died at age 61 on June 24, 2021. INQUIRER/Jun Nucum

SAN FRANCISCO – After more than 15 months of strict health protocols due to the pandemic, the Philippine Consulate General in San Francisco again teemed with leaders and members of the Filipino community, not for a joyous occasion but for a memorial mass to honor the passing of a former Philippine president.

Organized by Philippine International Aid and Positively Filipino Founder Mona Lisa Yuchengco, the event at spacious Kalayaan Hall on Sutter Street welcomed mourners who honored the memory of President Benigno Simeon Cojuangco Aquino III, or simply PNoy, who passed on at a relatively young age of 61.

A mass concelebrated by Fathers Arnold Zamora and Mark Reburiano, was followed by tributes from select guests interspersed with songs, pictures and videos of PNoy. Pictures and videos focused mostly on his life as a politician–as a congressman, senator, then finally as the 15thPresident, from 2010-2016.

It was the first public event for the new Consul General Neil Frank Ferrer who took office at the start of the year, and the first guest appearance before fellow Filipinos of new California State Attorney General Rob Bonta since he was appointed by California Governor Gavin Newsom.

Yuchengco, Ferrer and Bonta delivered  responses after the mass, aside from a message from Ken Kashiwahara on behalf of the Aquino family. 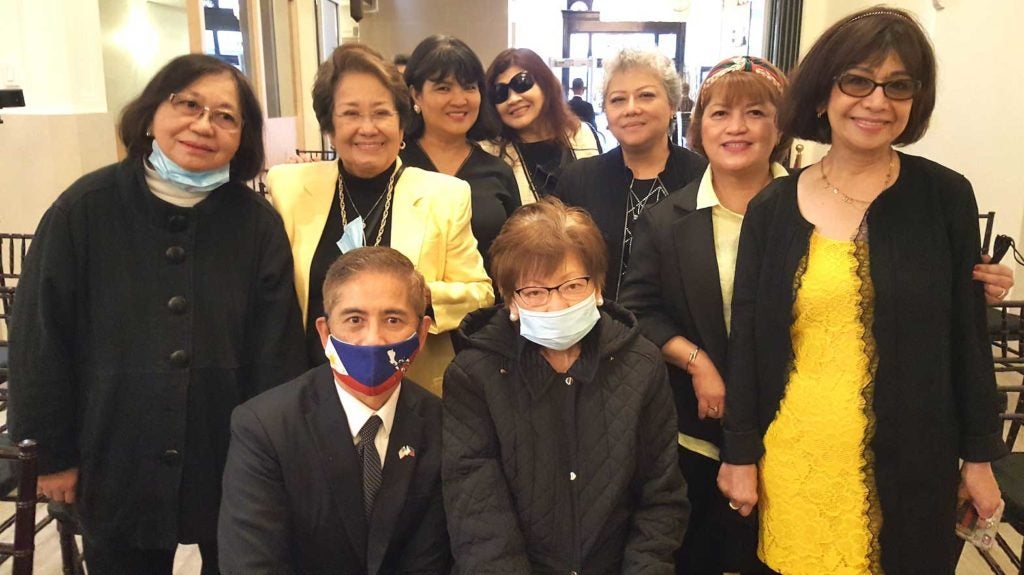 Lupita Aquino-Kashiwahara (standing second from left) is surrounded by provincemates from Concepcion, Tarlac where President PNoy first served as a Congressman. INQUIRER/Jun Nucum

In his homily, Fr. Zamora cited a cartoon tribute to former Senator Benigno Aguino and former President Cory Aquino, father and mother of PNoy, with the caption, “You did good son. It is time to go home.”

“The death of PNoy will surely bring new life to our country, the Philippines, like a grain of wheat that falls to the earth and dies for it will produce much fruit. One of the greatest ironies in life is how death leads to life,” Zamora expressed. “Pnoy did learn from the lessons of his parents who lived by the principle to forget themselves and live for others.”

In her response on behalf of the Filipino community, Yuchengco referred to PNoy as the accidental president who had no intention of running for the highest office but conceded to popular sympathy after the death of his mother, President Cory in 2009.

“He carried the torch for his parents who loved being Filipino, loved the Filipino people and believed the Filipino is worth living for. He was a simple man unaffected by ambition or vanity, by power or wealth who persevered for the country and the people that he loved. He restored decency and dignity in public office and made us believe in democracy once again and left us silently and quietly without blaring sirens like what he would have wanted,” Yuchengco noted. 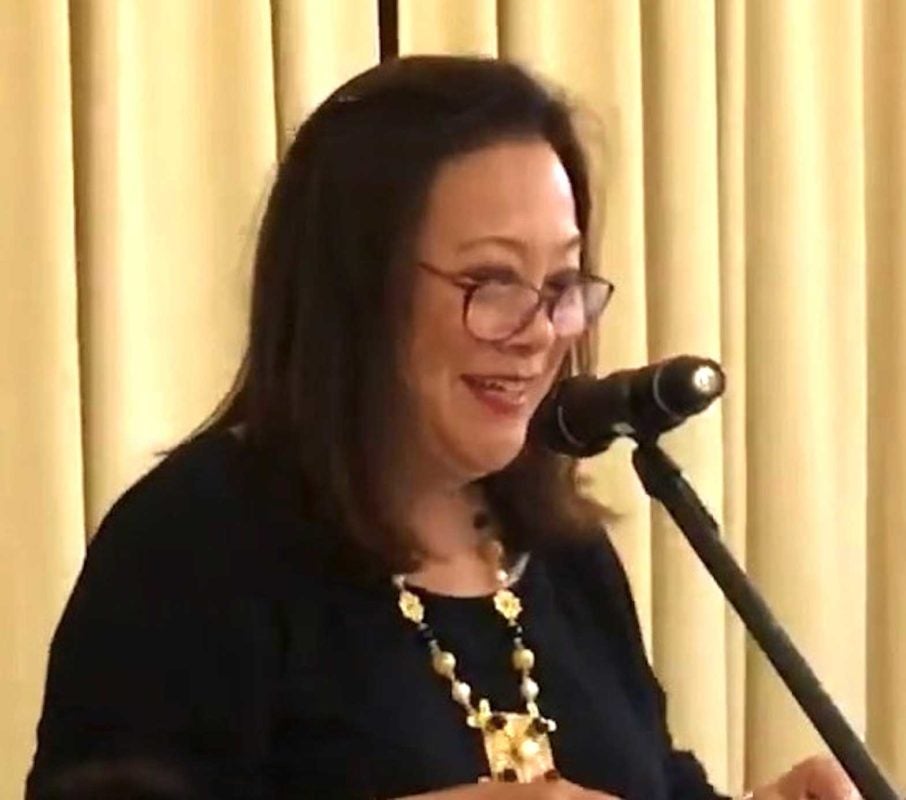 She added, “May Pnoy’s example inspire all of us to always care for our people, especially those who have less in life, and to always, always choose our leaders wisely.”

Consul Ferrer recalled: “The President’s one-day stop in Vancouver where he met with the Filipino community in British Columbia was the most hectic yet the most productive and most fulfilling 24-hour experience in my tour of duty in Canada.”

Ferrer stated, “During his term, President Aquino elevated the country’s conduct of foreign relations, steered foreign policy towards a principled direction that earned international respect and esteem. He invigorated foreign service with a collective sense of patriotism, commitment to service and professionalism.”

For his part, California State Attorney General Rob Bonta said he felt very special to be with fellow Filipinos although in a sad but uplifting occasion. 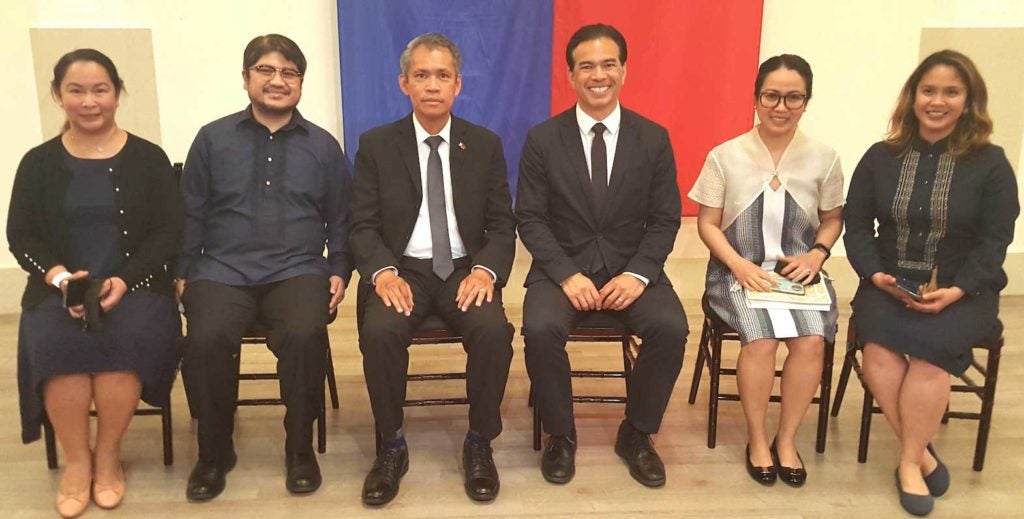 He recalled living his whole childhood in the shadow of his mother, Cynthia, fighting against the Marcos dictatorship. Bonta recalled spending celebrations of his birthdays (that falls on September 22)  with protest rallies organized by his mom.

“The Aquino family gave three leaders that steered us in the right direction and led the Philippines to where it needed to be.” They exemplified, he said, what his law school classmate Senator Cory Booker of New Jersey always says, that “you must love your people before you can lead your people.”

Former broadcast journalist Ken Kashiwahara spoke of the Aquino family’s important decisions to do what they did during their times because it was “the right thing to do.”

“Noynoy carried on the legacy of the family that I believe had the greater political impact on the country than any family in history. He inherited his family values, honesty, patriotism, decency and a steely determination to do what is right,” he concluded.