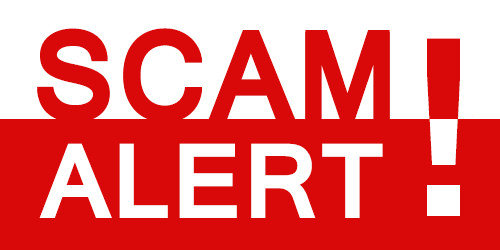 SAN FRANCISCO — Debt collection scams remain the top complaint among consumers in 2016 at 28 percent of all gripes, and impostor scams have become the second most common category of consumer complaints.

This development comes from more than three million reports that the Federal Trade Commission gathered from all over the United States, now contained in the latest annual consumer sectional data book released by the FTC, according to an ethnic media telebriefing moderated by National Media Network Director of the New America Media Odette Keeley on the 2016 top ten scams in America.

The FTC wants all consumers to be aware of these scams so they may be forewarned and not fall victims to unscrupulous modus operandi that continue to abuse victims, particularly seniors, retirees and undocumented immigrants.

The FTC’s Consumer Sentinel Data Book has both national statistics and a state-by-state listing of the consumer protection issues reported to the FTC in 2016; it is also broken down by states and areas with the most reports per capita.

Speaking on scams in the telebriefing, Bureau of Consumer Protection Assistant Director of the FTC Monica Vaca announced that impostor scams not just climbed to the second spot of the most number of scams, but also have become the most risky phone calls that consumers have received supposedly coming from government agencies.

“Calls from supposedly the Internal Revenue Service (IRS) that that you owe taxes that was never paid and you are going to be fined, you are going to prison or you are going to be arrested if you don’t pay and pay it quick. They ask for immediate payment maybe via wire transfer, or maybe by loading up a prepaid card and giving them the number for them to retrieve the money. In the end, the caller is not from IRS. The impostor is pretending to be calling from the IRS. The caller ID may even say IRS or Washington DC area code,” Vaca elaborated.

This past fall police in India shut down a massive telemarketing fraud ring that was operating outside Mumbai, India, leading to the arrest of 70 people arrested and detention of 600, after they reportedly defrauded 3,000 victims of tens of millions of dollars.

FTC also gathered that people reported a loss of some $744 million in 2016 to fraud, which was lower than the 2015 figure of $774 million lost, including money lost to all kinds of scams, not just impostors.

“Among the most important thing to take note is that 77 percent of consumers tell us that scammers are reaching them by phone, with most people or 58 percent losing money to fraud by paying through wire transfer,” Vaca pointed out.

This also prompted FTC to urge consumers to be wary of any caller asking for a wire transfer as the government will not ask a consumer to wire money, and it is illegal for telemarketers to ask you to pay by wire transfer, which is a big red flag.

Consumers who get a suspicious call should take their time and check it out by calling the government agency on a verified official phone line and not the phone number given by the suspicious caller.

Nevertheless, the FTC is encouraged that even if a lot of people have not lost any money, they still wanted the FTC to know about suspicious calls they received and these calls are helping law enforcement when they file these kinds of complaints.

“The FTC cannot investigate unless people call the FTC to say what they see. FTC uses the reports in the system to build cases,” explained Vaca. “Apart from the FTC, other law enforcers including the local police officers, state attorneys-general, and agencies like the FBI look at these reports to find cases to try to stop scammers.”

Through these combined efforts to fight fraud, the FTC has obtained judgments totaling more than $11.9 billion for consumers harmed by deceptive and unfair business practices.

The FTC anticipates frauds on immigration and health care services to spike as frauds tend to follow the headlines that are likely to transform into a fraud following the trends in the last years.

“Because of the stricter policies, scams in immigration services could see a rise since it is in the headlines. Other stories that are in the news where we have seen fraud in the past include the affordable care act or anything related to healthcare,” reminded Vaca.

FTC has also seen a rise in incidents of family-and-friends scams sometimes referred to as the grandparents scam where the call is about a close relative is in distress and you need to help them in the medical expense or with some sort of emergency expenses to get them out of a bad situation.

According to the FTC’s Consumer Sentinel Data Book, the scams that are on the top ten list of complaints for 2016 with the number of complaints and their percentages are:

To learn more about the FTC report, go to www.consumer.ftc.gov/ and to file a consumer complaint online go to www.ftc.complaint/complaint or by calling 1-877-FTC-HELP (382-4357).