Duterte behind bars? No longer an impossible dream

Duterte behind bars? No longer an impossible dream 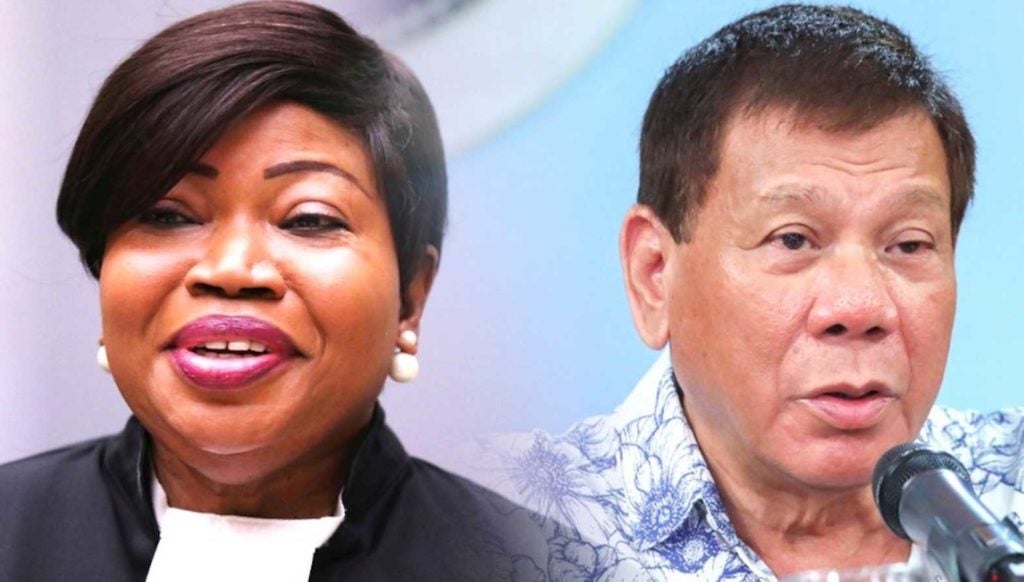 NEW YORK—In Rodrigo Roa Duterte’s world one is either predator or prey, and thus, might makes right. Human rights are viewed as a fiction, and can be granted or dispensed with by the lord of the jungle—and clearly Duterte views himself as the Lion King. (Lions, were they able to opine, would undoubtedly roar in objection.)

During his run for the presidency in 2016, his Dirty-Harry, make-my-day- attitude towards lawbreakers, particularly those in the nasty business of drug dealing, appealed to a significant percentage of the population and got him elected.

This ersatz lord may yet find himself defanged, not necessarily in next year’s national elections, as one of his potential allies may succeed him, but by the International Criminal Court. Not just defanged but sentenced to prison, were he to be found guilty of crimes against humanity, namely, his fellow citizens.

The formidable ICC prosecutor, Fatou Bensouda on her last day released a damning 57-page report on Duterte’s presidency, where she stated that she had “reasonable basis to believe that the crime against humanity of murder  was committed as part of a widespread and systematic attack directed against a civilian population pursuant to or in furtherance of a state policy.”

In his anti-crime, anti-drug policy, Duterte has disregarded or, more accurately, allowed and even encouraged his law enforcers to disregard the rule of law. In going after alleged lawbreakers, they themselves have broken the law, with due process routinely ignored. The EJKs, or extrajudicial killings, of the poor and the marginalized, have been carried out relentlessly, either by the cops themselves, or vigilantes with suspected ties to law enforcement.

Bensouda’s office cited the many public statements uttered by Duterte—what she terms his “distinctive rhetoric”—and echoed by others in his government openly advocating the killing of suspected drug users and dealers as evidence of a state policy to attack civilians, even when these are not at all involved in the drug trade.

Here are some choice Duterte quotes:

And who can forget what he said as mayor of Davao, regarding the gang rape and subsequent killing in 1989 of Jacqueline Hamill, an Australian missionary, by prison inmates who had taken her hostage, along with other visitors, in their failed attempt to escape?  In his 2016 campaign, Duterte recounted the incident and remarked, “She was so beautiful. I thought, the mayor should have been first.”

These killings, of alleged drug users or pushers, of human rights activists, journalists, even mayors, cry out for justice; the prospects of this happening within the country’s judicial system are slim. However, the International Criminal Court (ICC) could provide the right venue for prosecuting Duterte and those who enabled these barbarities, such as former Philippine National Police chiefs Ronald dela Rosa now a senator and Oscar Albayalde.

Bensouda widened the proposed scope of the ICC investigation to include the extrajudicial killings in Davao during Duterte’s tenure, from Nov. 1, 2011, to 2016, as his war on drugs as president was a replication of the former.

Coming to the defense of Duterte Senator Imee Marcos—daughter of the late unlamented dictator Ferdinand Marcos–has urged the Filipino legal community to “resist”  any attempt by the International Criminal Court “to take over cases of alleged human rights abuses in the Duterte government’s war on drugs.”

According to her, “It would be an insult to every Filipino lawyer, judge and court if the ICC presumes to stand in their place, even before cases linked to the drug war undergo [the] due process in our very own judicial system.”

Quite nice of the senator to think highly of a judicial system plagued by endemic corruption and partisanship. She seems to not know that human rights lawyers in the country are an endangered species, that activists and labor organizers have been killed, that the system of red-tagging is widespread, and that the antiterrorism law passed recently stacks the legal system unfairly against the democratic and constitutionally guaranteed rights of free expression, and of peaceable protests. Due process is way, way overdue.

The good senator is fully cognizant that the chances of a Philippine president being convicted by a local court and landing behind bars are about the same as Donald Trump exhibiting compassion and honesty.

One might as well believe in the Tooth Fairy. Copyright L.H. Francia 2021