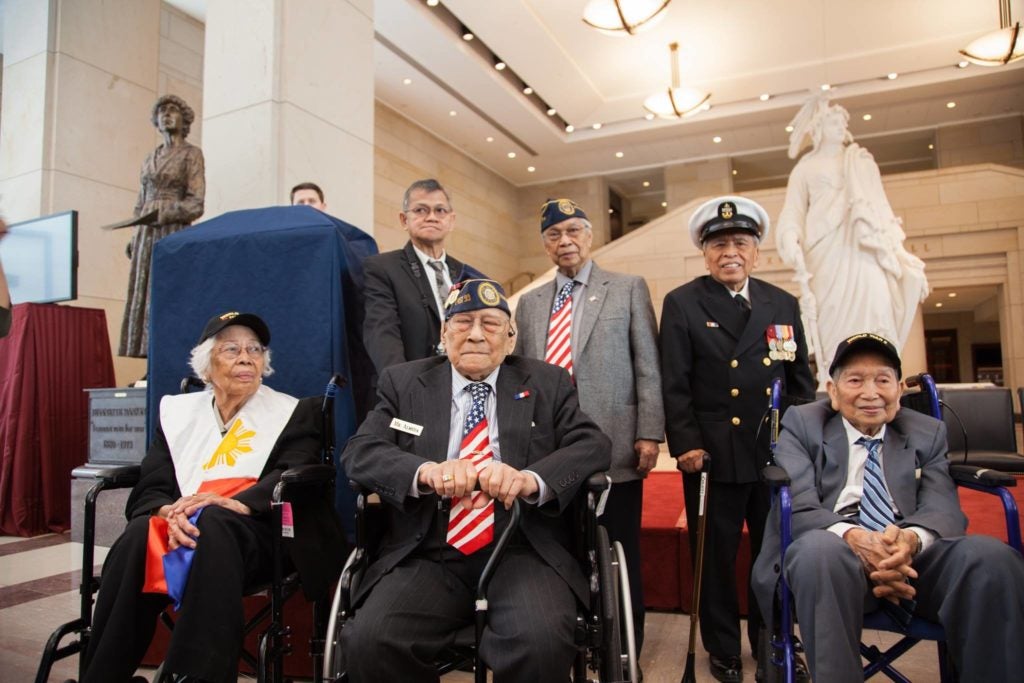 Filipino veterans from all over the US flew into the nation’s capital to attend the Congressional Gold Medal awarding ceremony. CONTRIBUTED

WASHINGTON, DC — During World War II, over 250,000 Filipino soldiers served as guerilla fighters and as soldiers in the U.S. Army Forces in the Far East during the Imperial Japanese occupation of the Philippines.

But after the war, President Truman rescinded the pledge of citizenship and benefits that were supposed to come for their service, and the Filipino veterans were not recognized.

For nearly 75 years, Filipino veterans and their families have been lobbying Congress for recognition. Since 2014, the Filipino Veterans Recognition and Education Project (FilVetRep) lobbied Congress to give the veterans the highest civilian honor, the Congressional Gold Medal. 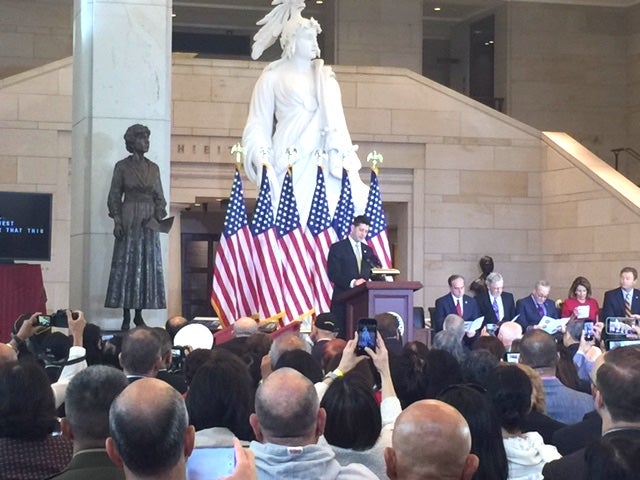 Paul Ryan, the Speaker of the House opened the ceremony. INQUIRER/Isabel Basco

Their efforts finally succeeded when the veterans were awarded the Congressional Gold Medal on Capitol Hill on Oct. 25 where House Speaker Paul Ryan (R-WI), Senate Democratic Leader Chuck Schumer (D-NY) and Senate Majority Leader Mitch McConnell (R-KY) all thanked them for their service. 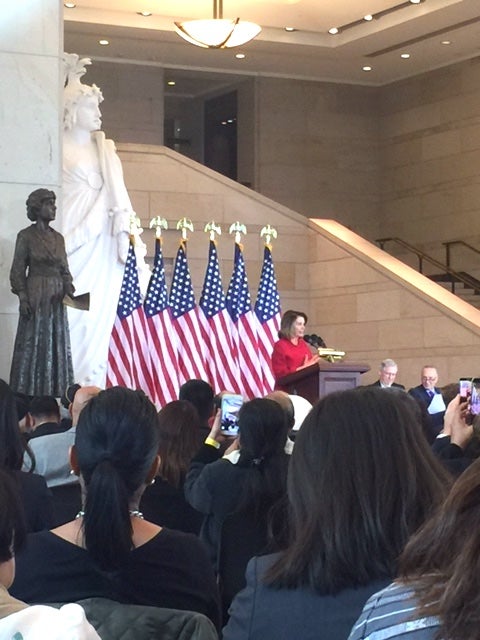 “It is the highest feeling that I have in my life,” Cabacar said. “I’m happy, very happy. Finally, the services and sacrifices of all the Filipino veterans is materialized.”

“For centuries, Filipinos have enriched our nation and made America more American with their courage, their determination, their optimism for the future,” Pelosi said. “They are the great pride of America – our state is home to 1.5 million Filipinos. We are honored to stand in your presence today.” 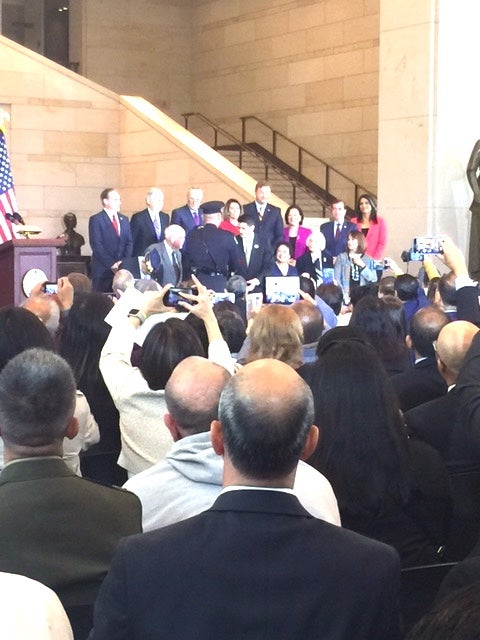 Many notable elected officials like Tulsi Gabbard, Nancy Pelosi, Mitch McConnel, Mazie Hironol and Paul Ryan were at the ceremony to present the medal. INQUIRER/Isabel Basco

Jonathan Melegrito, an active volunteer with FilVetRep, received a medal on behalf of his deceased veteran father. For him, the Congressional Gold Ceremony is a stepping stone to a bigger goal — repealing the Rescission Act of 1946, which revoked the benefits and entitlements for thousands of Filipino and Filipino Americans.  It eliminated their American nationality as citizens of the Philippine commonwealth.

“Receiving this award for my father makes me proud of his personal sacrifice and those of his comrades who risked their lives to secure our freedom,” Melegrito said. “As a son of a veteran, I am even more encouraged to continue to fight for their cause, like repealing the Rescission Act that stripped them of their honor and dignity.”

Lunch and a gala at the Ritz-Carlton in Tysons Corner followed the Congressional Gold Ceremony. Next Day Better, a media company that focuses on diaspora communities will also release an online documentary featuring the stories of the veterans, their families and their children.

John Victoria, one of the organizers of the events, was extremely humbled by the week’s events since his grandfather was a veteran. He was not officially recognized, however, since his family is still looking for his files. “It is his stories of heroism and bravery in the face of adversity that place me where I am today and am afforded the opportunity to live and pursue my dreams,” Victoria said. “It is for him and our other WWII veterans that we are forever in debt to, and it is a debt that can never be repaid.”

For many veterans, the gold medal is a symbol of the sacrifice, determination and courage they displayed during the war.

“The gold medal we present today pays tribute to a selfless sacrifice,” McConnell said. “We are remembering the indomitable spirit of the Pacific people who are preserving for generations an enduring reminder, a vow and honor. This powerful sentiment – the nation’s gratitude but each of us stands united today to say these simple, yet powerful words: “Thank you.”

A gala dinner at the Ritz Carlton attended by veterans, their families and supporters followed the daytime medal ceremony.